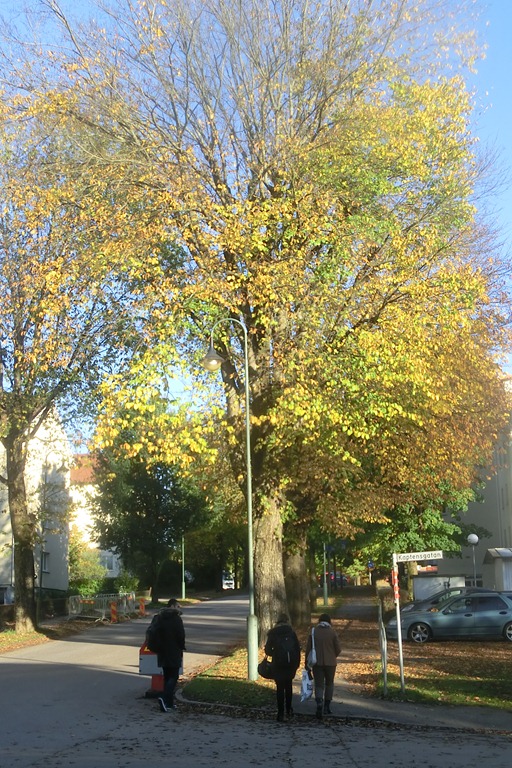 Months ago on someone’s blogroll I came across a link to Ten Thousand Questions, a blogsite which asks a question a day, without wanting answers or links. (Just a tip, in case you ever find yourself in the mood for introspection, and/or suffering from blogger’s block!)

This week, they had questions on the theme of “Old Friends”, which set me on a walk down Memory Lane. One I found particularly interesting, and I thought I’d share it here, along with my thoughts:

Which of your friends wins the prize for introducing you to the largest number of your other friends?

For me there is no easy answer to this, but it set me thinking… How one thing (or friendship) may lead to another, and far from always “in a straight line”…

When I was about five years old, I moved with my parents from the town where I was born, to a nearby village. Across the street from our first house lived a girl one year younger than me. Let’s call her A. We weren’t in the same class at school and we weren’t each other’s closest friends; but friends. In our early teens, she was the one to first ask me to come along with her to a church youth group; which I did, and for me that led, both directly and indirectly, to lots of new friendships and experiences in the years to come.

In roundabout ways, it was also through that context that I first met B - even though she lived in a different town, and back then I actually  knew her sisters better than her.

But when at the age of 20 I moved away from home to study, it was B who became the one to introduce me to my next circle of (church) friends in that town (which was neither her home town nor mine).

B and I lived only one year in the same town before she moved away (incidentally, to my birth town, and so we continued to keep in touch).

One or two years later, within the same circle of friends that B first introduced me to, I got to know C.

And it was with C that I first went on a summer course/camp at a Bible school in  the south-east of Sweden, where I met D (and actually also one or two others who later on became close friends as well).

D and her husband happened to live in the town where my parents grew up, and which I knew from many visits to both sets of grandparents. In the next few years I also visited D and her family there a few times.

And at the age of 30, I moved to that town myself – i.e. the same place where I still live. I moved into a flat in the same building where D and family were also living; and some of their friends also became my first friends in this town.

Which friend deserves the most credit for introducing me to the largest number of other friends, I really can’t say. It gets even more complicated if one starts to try to sort out who counts as old friend… Everyone who was once upon a time a close friend, even if we are no longer keeping in touch? Or only the ones I’m still seeing /talking to /writing to /hearing of now and then?

A and I lost touch decades ago. She married early, and I moved away; and in the last twenty years I haven’t been back to my birth town at all (i.e. not since my parents also moved away from there). With B, C and D, I’m still keeping more or less updated, either by direct contact or through mutual friends (or both).

But thinking back like this… It strikes me that if not for A, I might never have known any of the other people in a long chain of friendships stretching through 40+ years (and actually even across the earth).

(PS. As they often put it in newspaper articles: In reality, A, B, C and D have other names… not even beginning with those initials…)