Question  from Deb: Clocks change this weekend here in the US, which means one less hour to read … does anybody else begrudge that hour like I do? Wish the Powers That Be would just pick a time-frame and stick to it instead of inflicting clock-driven jet lag on an innocent public twice a year?

Here in Sweden, daylight saving time or ‘summer time’ does not start until the last weekend in March; which this year mercifully means not until the very last day of the month. I agree with Deb – I never saw the point myself. My body clock never seems to fully adjust and I always welcome ‘normal’ time back in the late autumn. 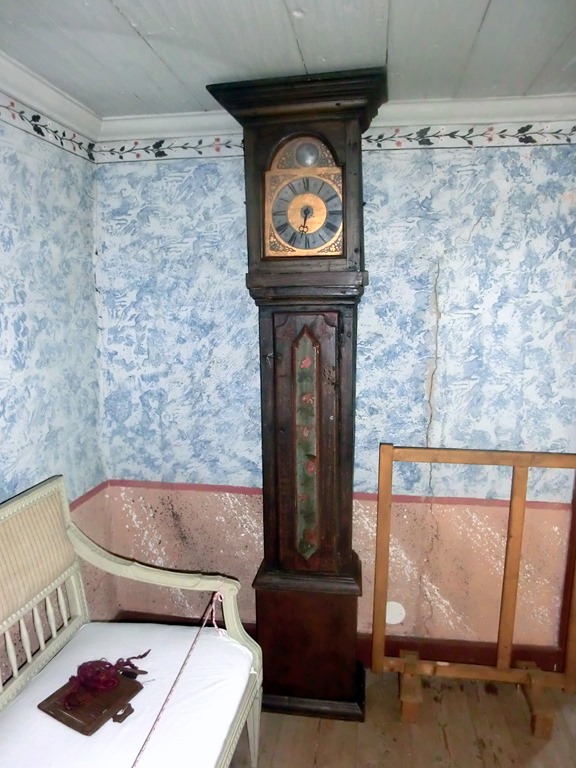 A clock in Borås museum.

I’ll add a clock-related question of my own:
When you think of clocks, what books (if any…) come to mind for you?
Here are three that popped up in my head:

The Borrowers by Mary Norton:

Borrowers, in case you don't know, are a little people who live under the floor or behind the walls in big people's houses, preferably close to the kitchen or dining room, because they live on what the human beans leave lying around. When the story begins, there is just one family of Borrowers left in a big old house - 14 year old Arrietty with her parents Pod and Homily; with surname Clock, because the entrance to their home is behind a clock in the hall. The greatest fear of a Borrower is to "be seen" by a human bean. One day, this happens to Arrietty… (from my review 2009)

The Distant Hours by Kate Morton:
It wasn’t actually the layers of time in this story that made me think of it now, but an image of another clock in a hall that popped up in my mind, triggered by thinking about the one in The Borrowers…  Funny, isn’t it, how you can have images in your mind of a house just described in a book even though there were no illustrations. I think in both books there was a man who came once a week to wind the clock!

The Time Keeper by Mitch Albom:

A sort of modern fable, connecting the fates of two very different people in our own time with that of the first man ever in human history to start measuring time. It also involves the myths of Father Time, and the Tower of Babel.
(from my review in October 2012)

Posted by DawnTreader at 19:21