Friday Flowers (But No Butterflies) 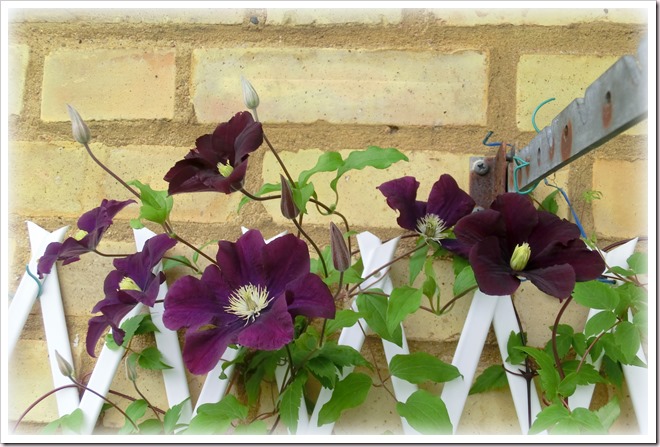 Every now and then I get writer’s block because there are too many random thoughts in my head. Sometimes picking inspiration from some weekly meme may help me choose – but other times I get stuck.

I was going to post for Friday My Town Shoot Out on my other blog but then I discovered that I’d been going round with next week’s theme in mind. Which means I had been on the lookout for quite different things than “front gardens or front yards”.

I’m not even sure what makes the difference between a yard and a garden… Where I live there are rather big lawns with various trees and things between the blocks of flats but whether those areas should be considered front or back depends on which building you happen to live in. (My front yard is another building’s back yard and the other way round.) 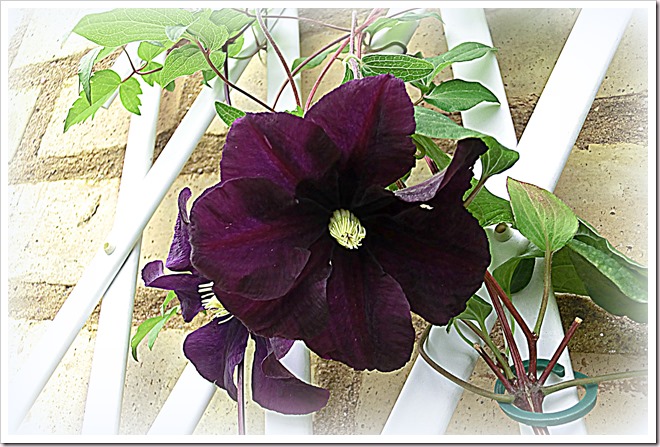 Anyway the new purple clematis I planted this year on my balcony (at the back of the building) is flowering again.

Yesterday I went to a nearby park looking for butterflies but found none. All I’ve seen this summer in town have been white ones and a few Common Brimstones. None of the colourful Small Tortoiseshells or Red Admirals or Peacocks that I’ve often seen in that park before.

Two years ago, I had the quite unique (and I think unforgettable) experience of seeing at least 70-80 “newborn” Small Tortoiseshells all at the same time in that little park. Last year, however, I fear the Town put too much energy into clearing up a wild area between the park and the railway... The caterpillars of those butterflies live on nettles! Logically, if ambitious humans remove all weeds from the area, the butterflies have nowhere to lay their eggs… 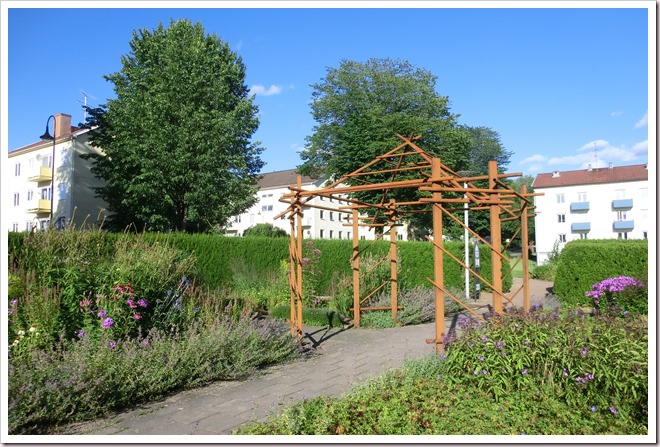 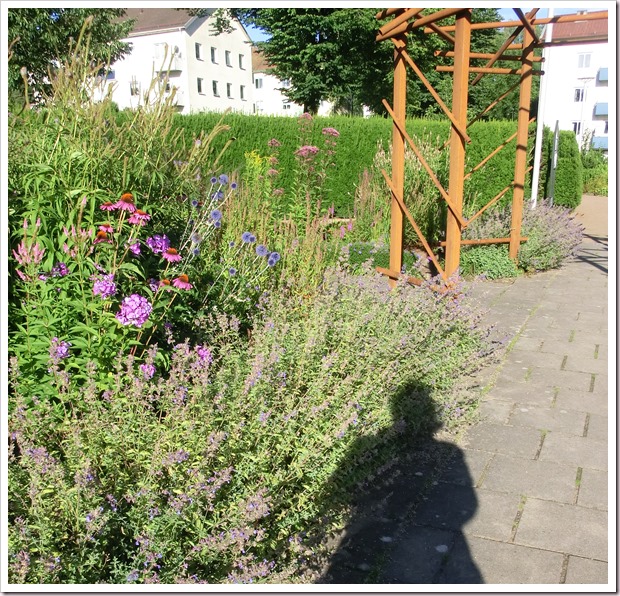 New rusty trellises/archways may give the park an interesting look according to some humans, but probably leave the butterflies unimpressed. There are still some bumble bees around though. 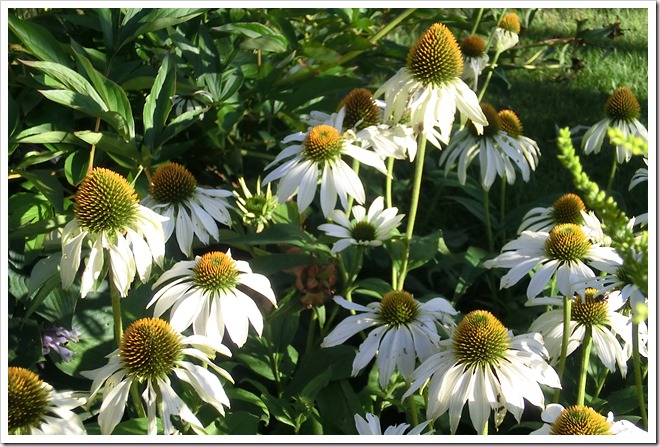 And various kinds of flowers. 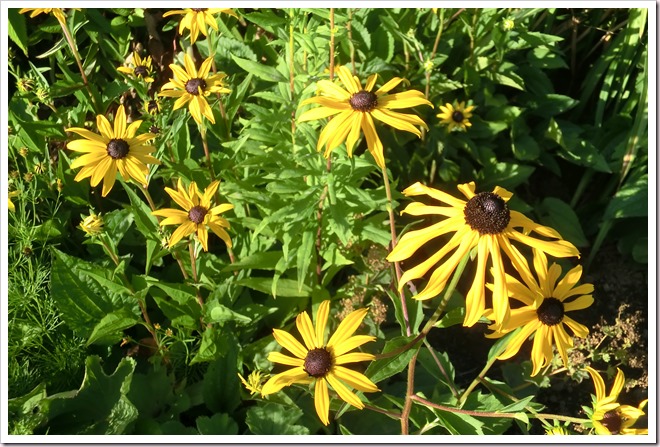 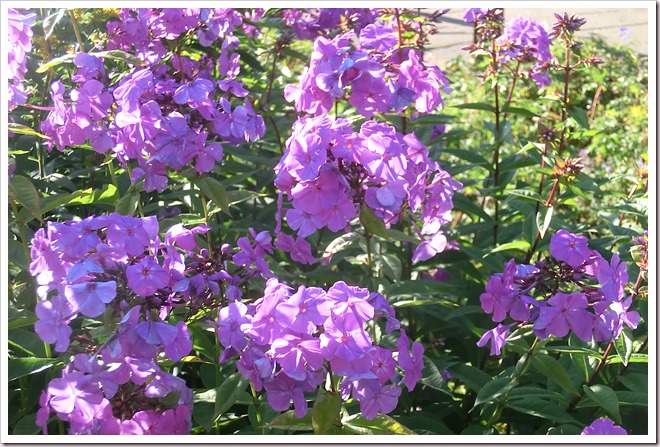 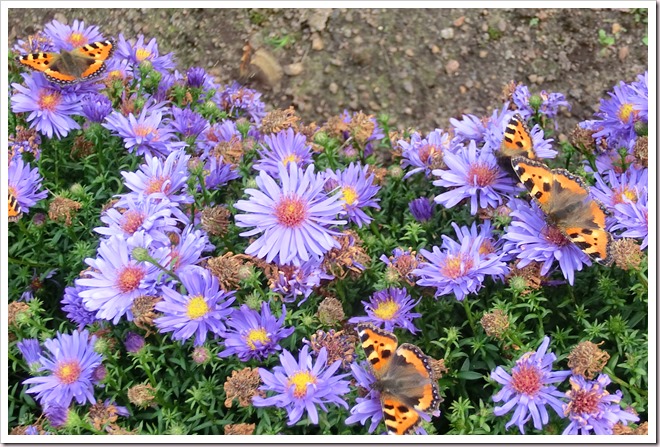 (I shall have to check back in the next few weeks though, because many of my butterfly photos, including this one, were taken in early September rather than August.)