What Are the Chances? (in Postcrossing)

I received a very familiar-looking postcrossing card in the post today. The front was unmistakable (see below), but after all São Paolo is a big city and the carneval famous, so not too surprising that more than one postcrosser might choose to send that card. 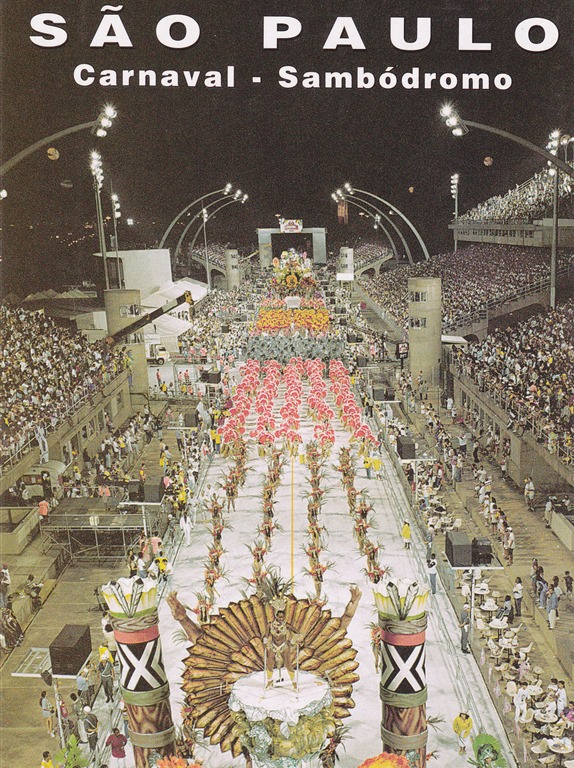 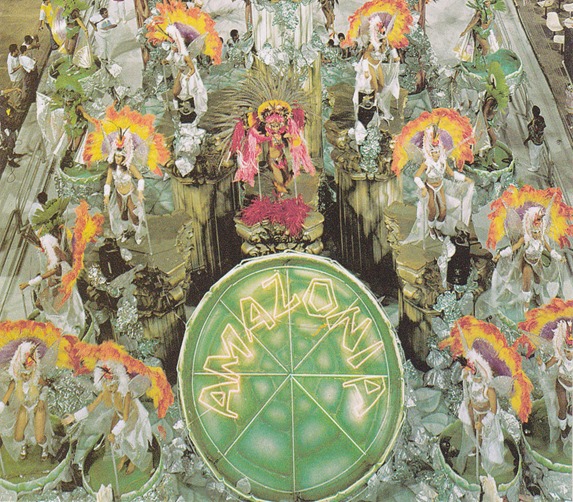 (I divided the image into two to be able to show it as big as possible here.)

What was remarkable, however, was that when I turned both cards over, and compared the backsides… Those were identical too, apart from the date: 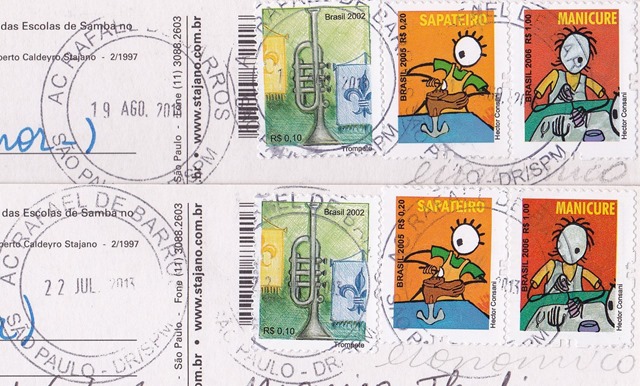 The sender was of course the same person as well.
I’m just really curious about how common (or rare) that might be! (I know this is probably not the right place to ask the question and get a good answer; I just could not resist showing you.)

PS.  I see from comments that I need to explain further. In postcrossing, you don't write repeatedly to the same person. (If you do, then it's by private agreement and outside the system.) When you get a postcrossing address to write to, it can be anywhere in the world, among over 400 000 members. You don't get to give preferences in that respect. The addresses are distributed randomly (or based on a number of various factors automatically calculated). Each card has a unique ID number. The odd thing is not that this postcrosser sent the same card twice, but that she got my address twice within a month.

Posted by DawnTreader at 14:09