King & Queen of the Forest 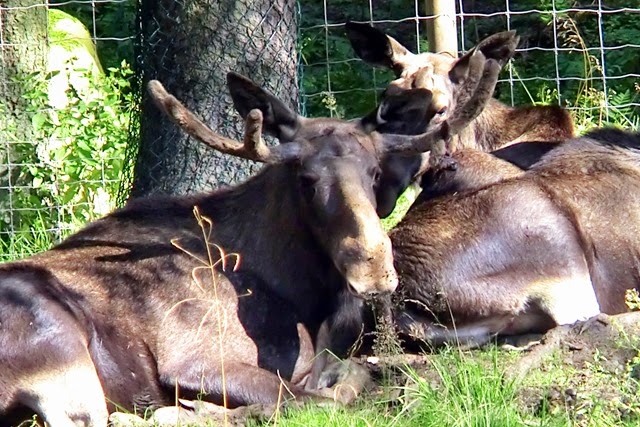 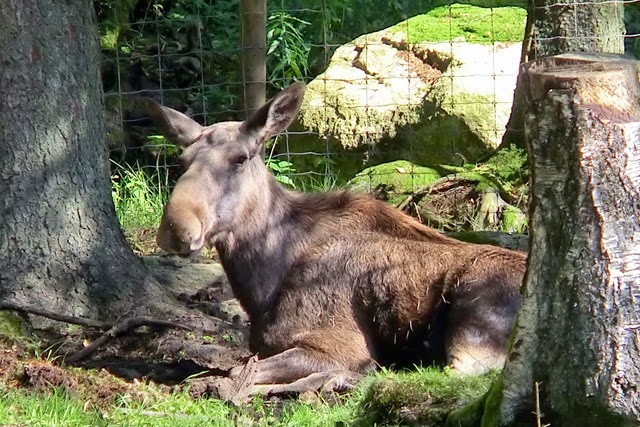 Alces alces, the Eurasian elk (or moose in North America) is the largest living species in the deer family. Here in Sweden it is often called the King of the Forest.

The number of elks/moose was in decline in Sweden back in the 1800s; but has since increased again, and it is not an endangered species here now. It is estimated that there are about 400 000 of them in our forests in the summertime; of which about 25% are shot each autumn in the annual elk-hunt in September-October. (The exact time period for the hunt and the number of animals to be killed is regulated separately for each district.)

There are quite a few traffic accidents each year caused
by collisions between cars and elks crossing the road.

For some people the elk-hunt is a very important annual event. I can’t recall any hunters among my family or close friends; but whenever the topic comes up, my thoughts always go to a workmate at one of my early jobs (where I was a secretary, and he was one of the engineers), who always used to take a week off this time of year for the hunt.

The ones in the pictures above will be safe from the hunt though, as they live in the zoo!