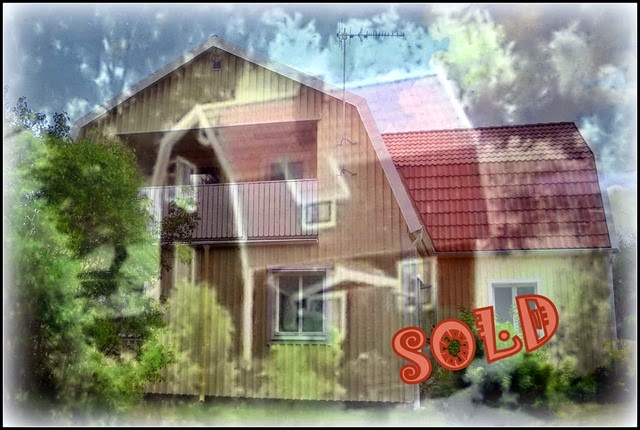 As some of you may remember: At the end of August we finally, officially, put The House up for sale. I’m happy to report that last Friday – four weeks after the first ad – we (my brother & I) signed a contract with new owners, who will be taking possession already around 1st November.

Per & I then spent the rest of that day clearing out the few “personal” items we still had left in the house. A few last pieces of old furniture and kitchenware we have agreed it’s okay if we leave behind (for them to do with as they please).

So not much (if anything) remains to be done in the house itself now before we hand over – perhaps just saying a final goodbye. The rest is just “paperwork”.

The image above is a Picasa overlay collage of two photos: The original house as built by my grandparents in 1930, and the extension added by my parents in 1992.