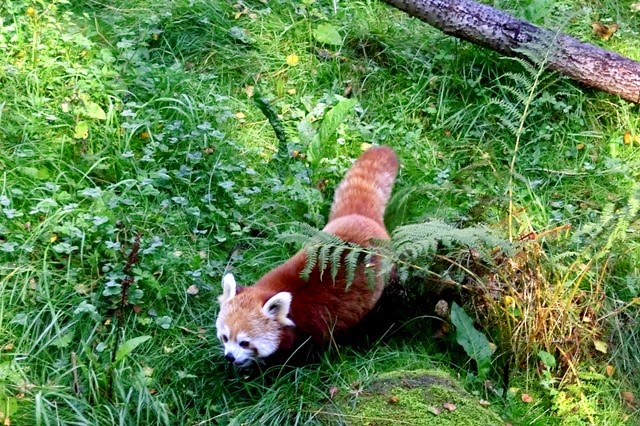 “Kitty” I heard some children scream (in delighted tone of voice) when they saw these furry animals sneaking around in the high grass, and balancing skilfully on narrow branches high up in the trees, wagging their long furry tails… 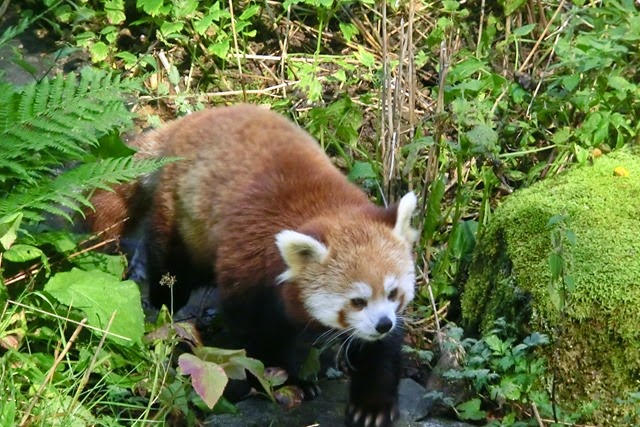 The red panda (Ailurus fulgens), also called red cat-bear, is a small tree-living mammal native to the eastern Himalayas and southwestern China that has been classified as vulnerable by IUCN.

The red panda is slightly larger than a domestic cat. It has reddish-brown fur, a long, shaggy tail, and a waddling gait due to its shorter front legs.

In its original surroundings it feeds mainly on bamboo, but is omnivorous and also eats eggs, birds, insects, and small mammals. It is a solitary animal, mainly active from dusk to dawn, and is largely sedentary during the day. [Wikipedia]

The red pandas did not seem at all sleepy but rather out on their morning run when I happened to be passing by their enclosure at the zoo, though. 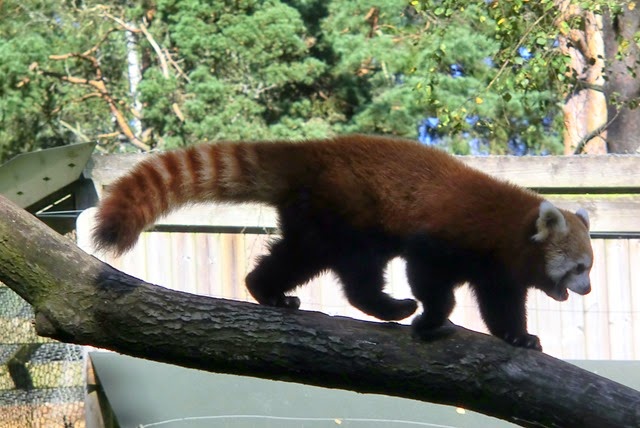 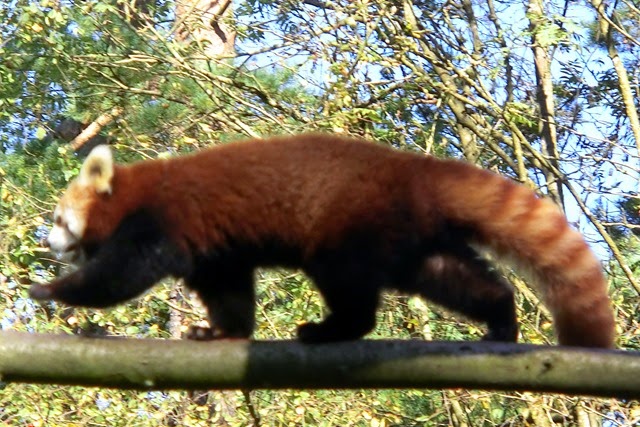 … finishing off the walk with breakfast … 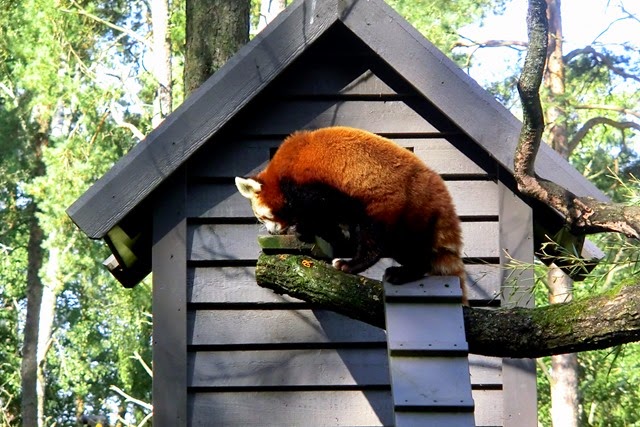 Here are two other kind of “kitties” (not so little): The cheetah (Acinonyx jubatus) is a large feline  inhabiting most of Africa and parts of Iran. The cheetah can run faster than any other land animal— as fast as 112 to 120 km/h (70 to 75 mph) in short bursts, and has the ability to accelerate from 0 to 100 km/h (62 mph) in three seconds.

The cheetah is listed as vulnerable, facing various threats including competition with other carnivores, a gene pool with very low variability, and persecution by mankind. [Wikipedia]

Cheetahs are notoriously poor breeders in captivity, but at our zoo they have been successful. A couple of years ago, one female had a litter of seven and another a litter of five. Those kitties (cubs) are now grown up and have been exported to other zoos (alas it’s not a good idea to let them all stay on in the same one…) 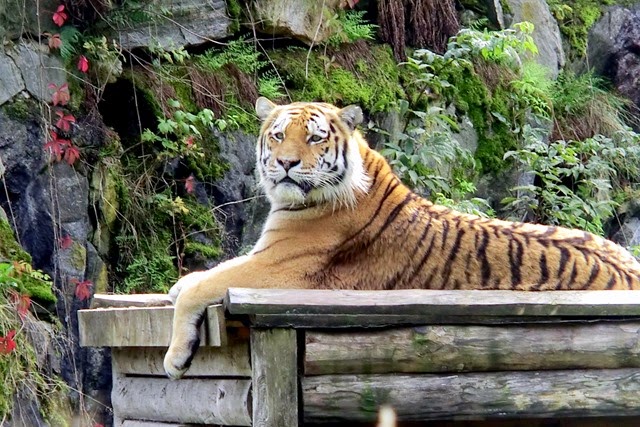 There are also Siberian tigers (Panthera tigris altaica) in the zoo. They come from a mountain region in the Russian Far East and are listed as an endangered species. They have had cubs in our zoo too.

Posted by DawnTreader at 11:27