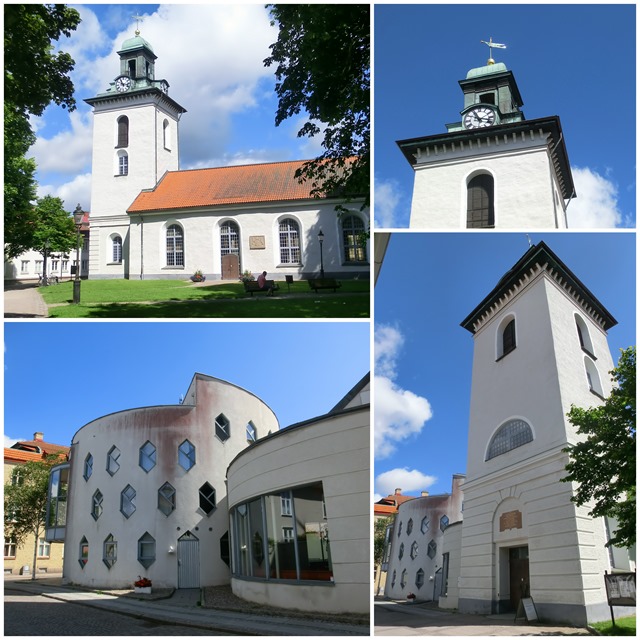 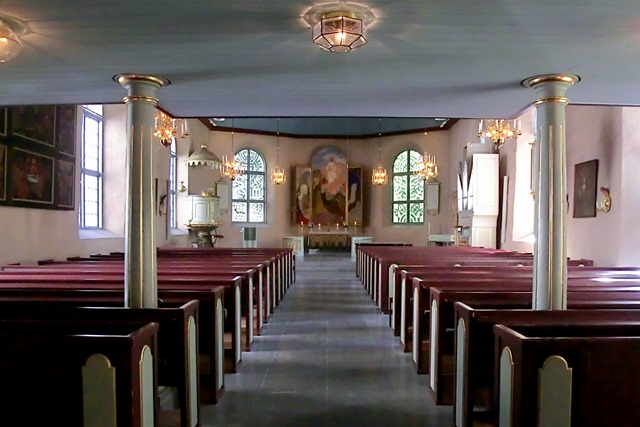 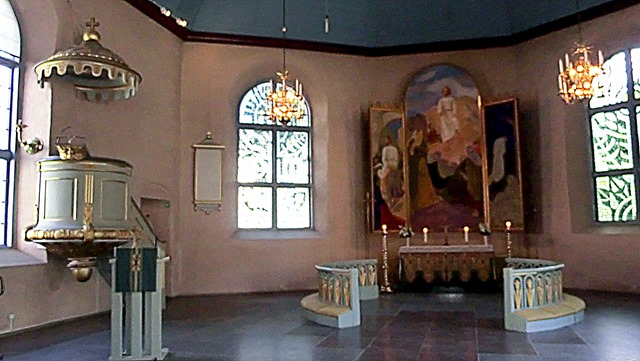 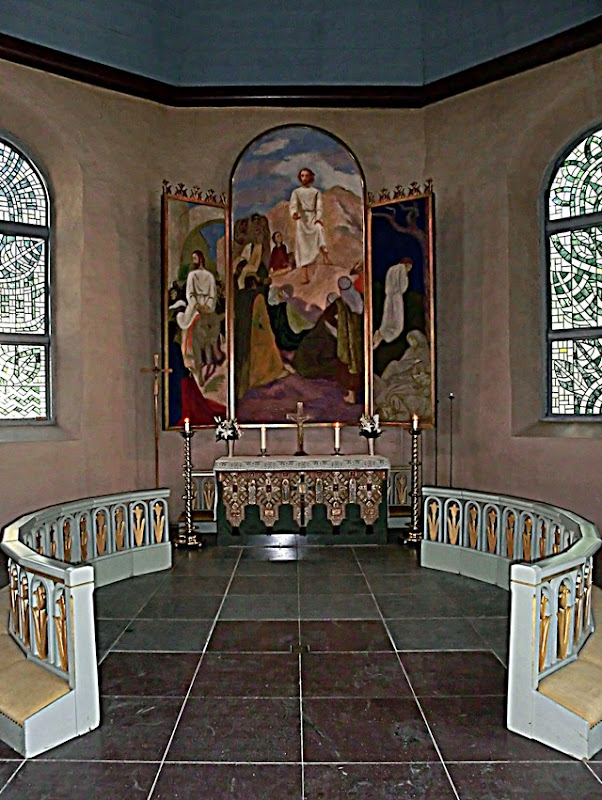 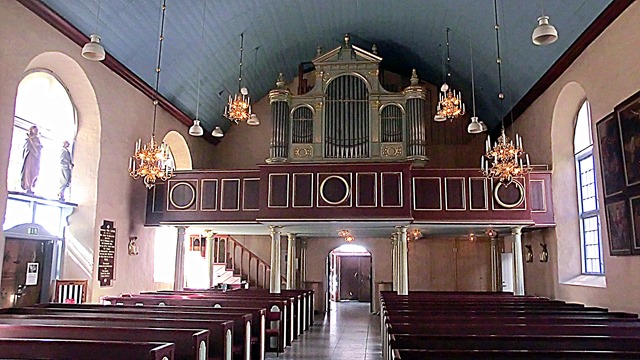 This church in Alingsås, Christinae kyrka, was built between 1642-1651 and named after the Christina who was Queen of Sweden around that time; and who donated money to have this church built.

An interesting fact about Christina in this context is that in 1654, she abdicated the throne, converted to Roman Catholicism and moved to Rome. (The Church of Sweden has been Lutheran since the mid 1500s.)

The rounded parish house (seen to the left of the church in the bottom photos of the collage) was added in 2003.