These pictures from my (short) morning walk just about sum it up, I think. 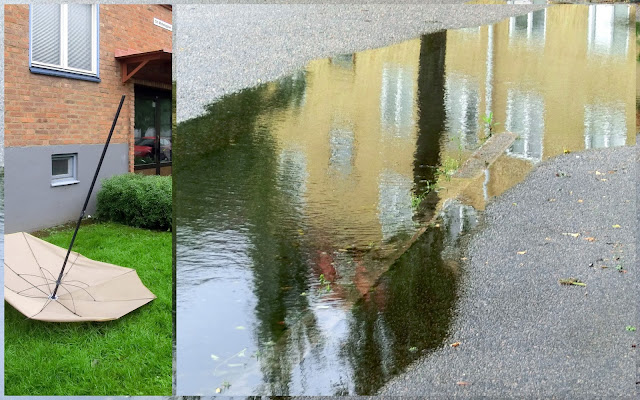 In contrast to last week's heatwave (with temperatures going up above 30°C), we're now back to about 15°C with stong winds and rain... Swedish summer in a nutsell. (You never know which it is going to be!) 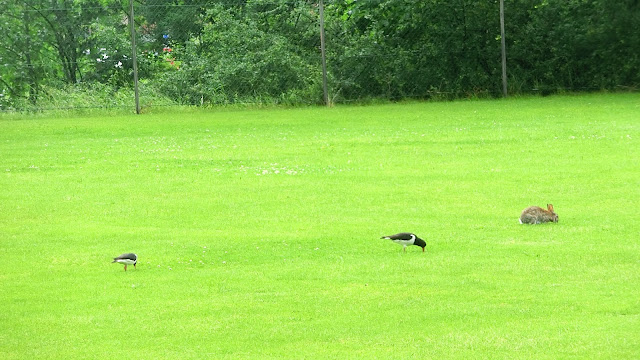 In the football field, I saw some birds and rabbits peacefully having breakfast together.

At first I thought the birds were common magpies (which really are rather common here). 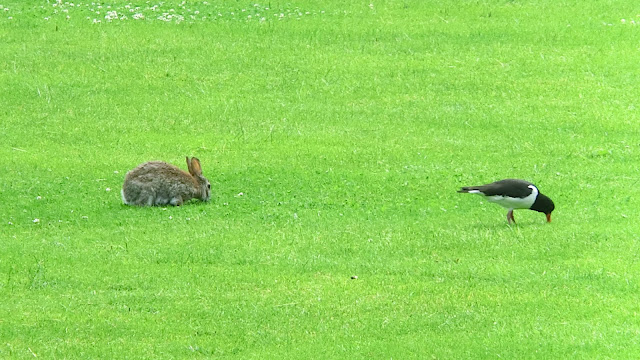 But their beaks were too long... 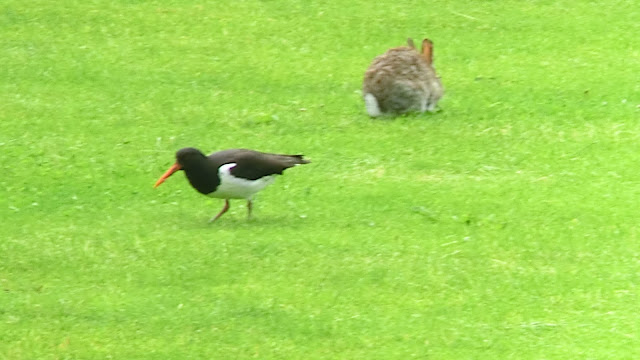 So they must be oystercatchers. (The Swedish name for them is strandskata = "beach magpie".) They are waders, and not all that common here in the inland.

I don't think it has rained so much yet that there are any oysters to be found in the football field. But I suppose there might be some juicy earthworms! 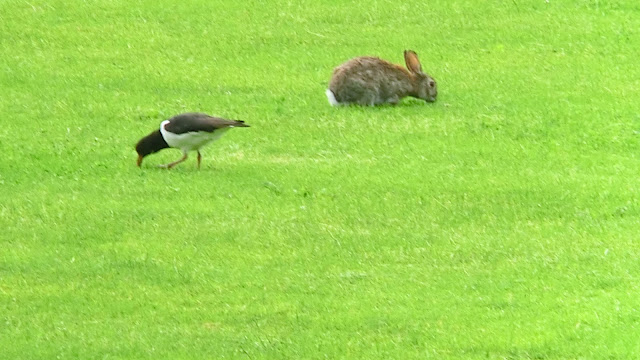 Outdoor Wednesday
Posted by DawnTreader at 19:30