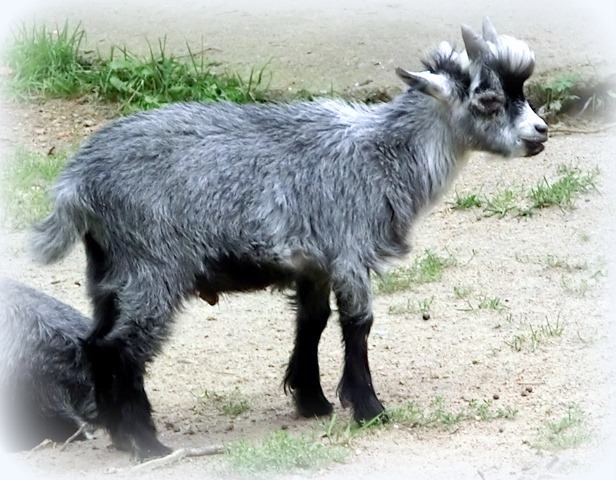 I woke up this morning (or so I thought), suddenly realizing that I had no idea what to feed the goat I had tied to the rail out on my balcony. Somewhere at the back of my head I seemed to remember being told that goats will eat anything. But do they really? And what on earth had I been thinking, buying that goat in the first place??

Then, slowly, it began to dawn on me that I might not be quite awake yet after all; and by the time I finally was, there was of course (to my great relief) no goat waiting on the balcony; and the only one I had to feed was myself. (Which was not a problem.)

I lead quite an interesting life at nights, sometimes!

I’ve also often (through the years) found it worth while having a go at trying to figure out why I dreamt as I did. I can’t say I bother about it every time, so of course most dreams just fade away without leaving lasting memories. This one was of the kind that kept on bugging me, though – like it wanted to be interpreted. Why on earth a goat?? I’m not even much of a pet person; and I’ve never taken any special interest in goats…

But then, while I was washing up the dishes after breakfast, I did suddenly become aware of the other “links in the chain” that must have led to the goat appearing in my dream…

Yesterday, I received a thank you card from a friend who turned 70 about a month ago. At the time, I could not think of any sensible gift to send - nor anything properly whimsical and personal. So instead, I ended up visiting one of those charity websites through which you can send symbolical gifts, which in reality go to a charity project in some other part of the world. For example a goat to a poor family in Africa.

The site offered other options than goats as well, though – so I did not actually buy a goat; but chose to give my friend (who used to be a teacher) “a school year” instead.

But I do think that’s probably how the goat found its way through my labyrinth of dreams this morning (because I was reminded of it all when I received the thank you note).

Purely for fun, and already having written the major part of this blog post, I decided to also look up ‘goat’ in The Wordsworth Dictionary of Dreams (first published in 1909):

“To dream of goats wandering around a farm, is significant of seasonable weather and a fine yield of crops. To see them otherwise, denotes cautious dealings and a steady increase of wealth.”

Surely “otherwise” must include balconies? Anyway I think I’ll go with that. Caution and a steady increase of wealth suits me fine!

(There were a few other suggestions as well, but as I was neither butted by the goat nor rode upon it nor milked it, I’ll skip those!)

The photo is my own, from a visit to the zoo a couple of years ago.

Posted by DawnTreader at 13:53