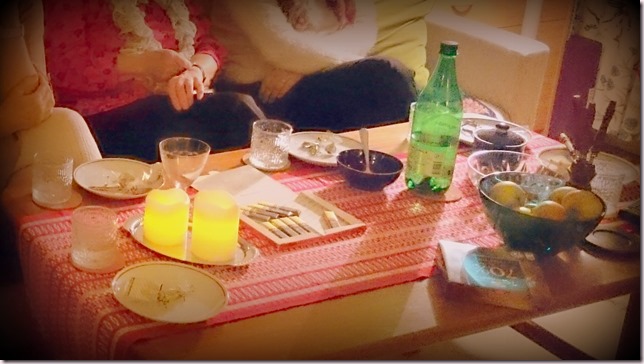 As usual, I spent New Year’s Eve at home with a few friends. Three of us used to be neighbours in the same building from the mid 1980s and some years into the 21st century; and since the New Year 2000/01 we have been celebrating every New Year’s Eve together. Most of those times, the sister of one of those friends has been with us too; and for the last few years, also the other friend’s mum. And again this year all five of us were able to meet up for an enjoyable evening with food, talk, a film, some fireworks (seen from the windows), and a sparkling cider toast to the new year.

My friends also seized the last-few-hours-of-2015 opportunity to celebrate my 60th birthday (back in August) by presenting me with two more Moomin mugs: Moominmamma and Snufkin. 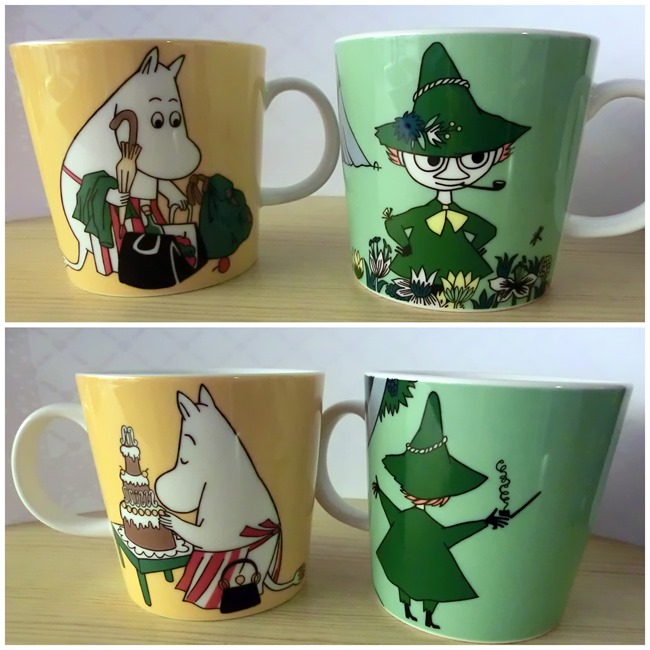 I showed you my previous three in one of my December posts.

(I got one from other friends visiting on my birthday, and then I bought two more myself later in the autumn.)

The film we ended up watching was Paddington from 2014 (with among others Hugh Bonneville, who played the Earl of Grantham in Downton Abbey – and in this film, Mr Brown).

One my friends in particular can be rather sensitive to anything involving too much suspense or sadness… So safest for these get-togethers is to watch family-friendly feel-good films that I’ve already seen myself (so that I know how they end!)  Usually I try to have two or three different suggestions (of films I’ve seen over the past year or so) and then check with my guests which they prefer. We all enjoyed this one (including me, although it was the 3rd time I watched it).

Posted by DawnTreader at 14:48