With many old classics, once you’ve downloaded the Kindle book for free, an Audible version is also often offered at low price. I always keep a lookout for that, as I love the Whispersync feature that allows me to alternate smoothly between reading with my eyes, and listening. (It means I can keep on reading even when my eyes and/or neck are too tired…)

The first two books below belong in that category. The third was not free, but cheap. The fourth I had in paperback since before, but recently bought the audio book.

The impression that remains with me from this book is of a rather gloomy love story, set in snowy winter time in a small American town, and among rather poor people. Ethan’s wife Zeena is sickly, her cousin Mattie comes to live with them and help out, and…

In some ways the atmosphere in the story reminds me of Emily Brontë’s Wuthering Heights; and also  of Thomas Hardy’s The Mayor of Casterbridge.

I can’t say I exactly loved it, but it did leave an imprint.

From Wikipedia:
“Some critics have read the novel as a veiled autobiography where they have interpreted the likeness between Ethan's situation with his wife in the novel to Wharton's unhappy marriage to her husband ---“ 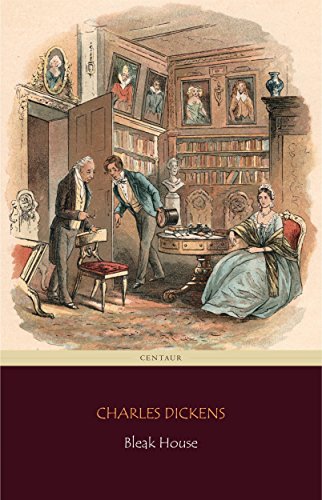 This is an old favourite of mine – I’ve read it more than once before (the first time in my English class at university) and also watched a TV series based on it a few years ago. This time I listened to most of it as audio book (but also read some chapters).

The narrative shifts between a neutral narrator and one of the main characters in the story (Esther); and having the audio book read by two different voices as well I think was a good choice.

The background story is a long-drawn court case (Jarndyce vs. Jarndyce) passed on from one generation to another, controlling the lives of the possible heirs involved, and giving them hopes of one day perhaps coming into a fortune. Two young wards of this court case, cousins Richard and Ada, are taken into care by an older relative, Mr. Jarndyce of Bleak House – kind and wise, but at the same time also hardened by years of tiresome experience of the futility of the court procedures. As female companion for Ada he also takes in Esther, who (for all she knows herself) is an orphan. Many other characters are involved in the story as well, both wealthy and very poor. Altogether, Dickens weaves a long and intricate tapestry of events and mysteries, romance and friendships in this novel. It is also known as the first, or one of the first, detective stories in British literature – as it also involves a murder, and a police inspector investigating it.

It remains my favourite of all the Dickens novels that I’ve read (quite a few over the years, starting with Oliver Twist back in my early teens). My old Penguin Classics copy of Bleak House has 950+ pages in rather small print; and the audio book lasts 35 hours 15 min. But I could read it again (and if I get a long enough life, I might well do so).

Whose Body? by Dorothy Sayers (1923)
(Audio narration by Roe Kendall)

This is the first of the Lord Peter Wimsey mystery novels. I think I’ve read most of them in the past (and also BBC radio plays and TV series) – but not in the order they were written.

Reading this one now (Kindle+Audible), I kept in mind the fact that it is the first. Personally I would not rate it as one of the best. I think the characters (besides Lord Peter himself, also a few more who reappear in the following books) get more interestingly developed in the later novels; in a way that has since been adopted (and even further developed) by countless other writers of crime fiction. (While Agatha Christie, for example, never really did that with her detectives. With Poirot or Miss Marple, I never found it made much difference in which order I read them.)

I happened to find the whole Lord Peter series (15 books) at bargain price for Kindle a couple of years ago, and bought the whole bundle in the hope of somehow also finding the time to reread them, in chronological order. (Hmmm…)

When I first read this novel, way back in my pre-internet youth, I never felt I fully understood it – partly perhaps because I was not familiar enough with the story from Roman mythology that it’s based on.

Recently finding it as Audible audio book, I decided it was time to give it another go. And this time, I also did a bit more background research. (So much easier these days!)

The novel is based on the myth of Cupid and Psyche, as told in the /very/ old classic The Golden Ass (or Metamorphoses) by Apuleius (c. 124-170 AD).

Actually it dawned on me that I also had Apuleius’s book in my bookcase, in Swedish – and have had for a very long time –but don’t think I ever read it. Now I took it out, though, and read the part involving the Cupid and Psyche myth. (Don’t worry – you can also find the myth retold in Wikipedia.)

To summarize very briefly: Psyche (representing the soul) was a young princess, so beautiful that even the goddess Venus became jealous of her beauty. So Venus sent Cupid (also known as Amor or Eros) to cause her trouble. But instead, Cupid himself fell in love with Psyche, and took her to live with him in his palace. However, she was not allowed to look at his face, so they only came together in the dark of the night. Psyche’s sisters came to visit her, got jealous, and persuaded her that her husband must be a monster as she was not allowed to see him. So Psyche began to doubt, and one night, after Cupid had gone to sleep, she lit a lamp to look at him. But she spilled some hot oil on him, which woke him up. He fled; and Psyche set off on a long journey to try and find him again, encountering many different difficult tasks on the way.

What Lewis basically does is to retell the story from the point of view of one of Psyche’s sisters, whom in the novel is called Orual. It is she who is the narrator in the novel; and she sets out to accuse the gods, both of having misled Psyche, and of having totally twisted the legend. Because Orual, to begin with, sees it all in a very different light – she claims she was never jealous at all, but only ever had Psyche’s best interest in mind. And so she sets out to write down her own version of what really happened.

However, later on in the book, there is another twist, when Orual is forced to question even her own story: “Memory, once waked, will play the tyrant…”

I’ll not go into detail about how it all ends, or how it might be interpreted. But thinking about it now, I think I see thematic similarities between this novel and the last of the Narnia Chronicles – The Last Battle – which was published the same year (1956). And I would say that one recurring theme in both books is how people can look at the same thing, but perceive it very differently. 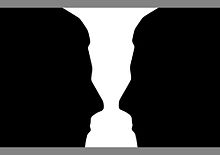 (If you’re on Facebook, you’re likely to come across at least one every day - usually with the exhortation “share if you see it”, and claiming that if you do see it, you’re among a rare 3% or so of the world’s population. I’m frequently surprised at how many of my friends seem to belong to that elite!)

Posted by DawnTreader at 23:08