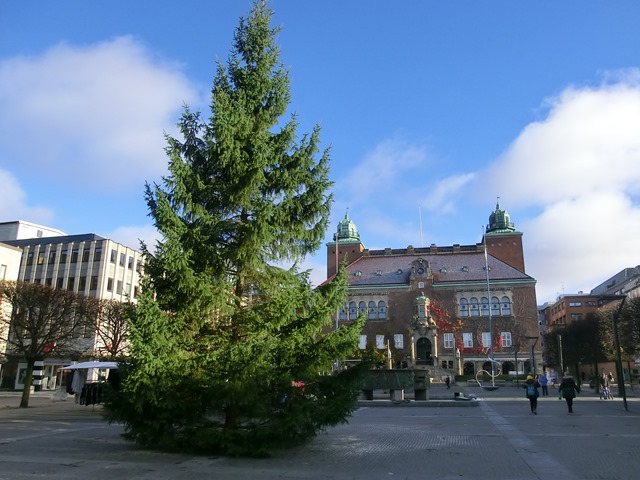 The Christmas tree in the main square was put in place already a week ago; which many people thought was too early… But with the snow and ice that followed just a couple of days later, it was probably just as well that they did get it up in good time.

(… says she who also chose to get her own little tree up on the balcony before the snow fell – and is glad that she did!) 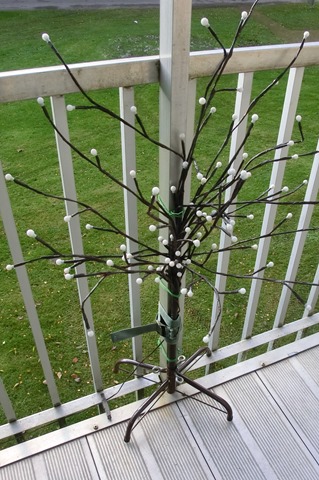 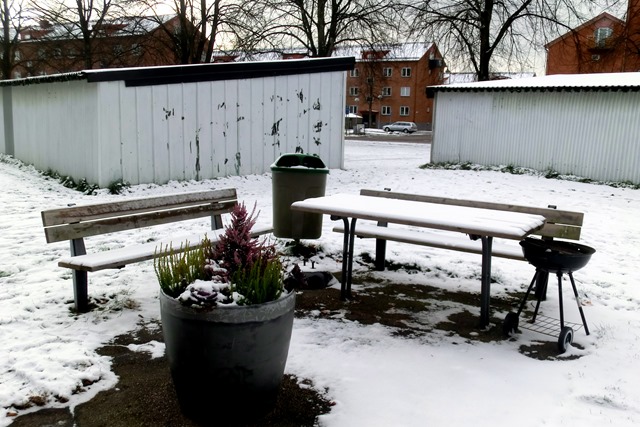 A bit chilly for a barbeque

Compared to the rest of Sweden, here in the south-west we haven’t really had all that much snow yet. More problems with icy streets, so far! In Stockholm, though, they got about 50 cm of the white stuff yesterday (breaking records going back more than 100 years for early November). And further up north in Sweden, they have had even more – 1 meter or so in some places.

So, all kinds of chaos competing in the news this week… On the whole, though, I’d say that the focus in the Swedish media this week has been on watching and discussing events taking place much further away from home… (The US election.) 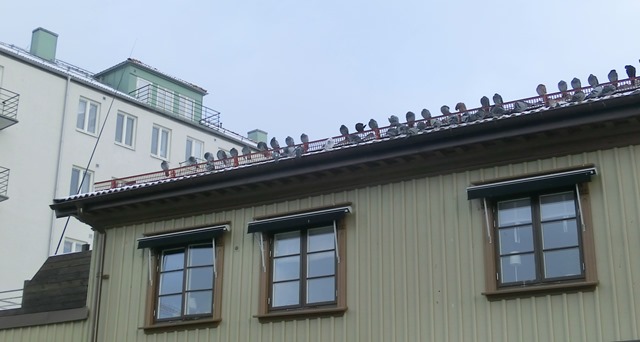 Pigeons on the roof – watching and waiting… 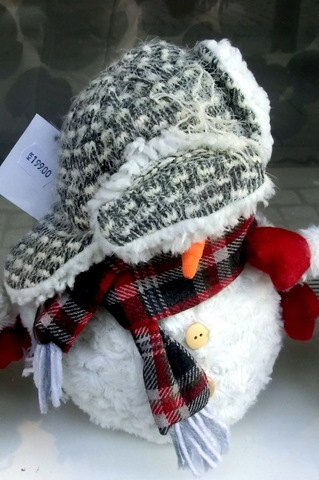 Sometimes one just does not want to look!

Posted by DawnTreader at 21:26