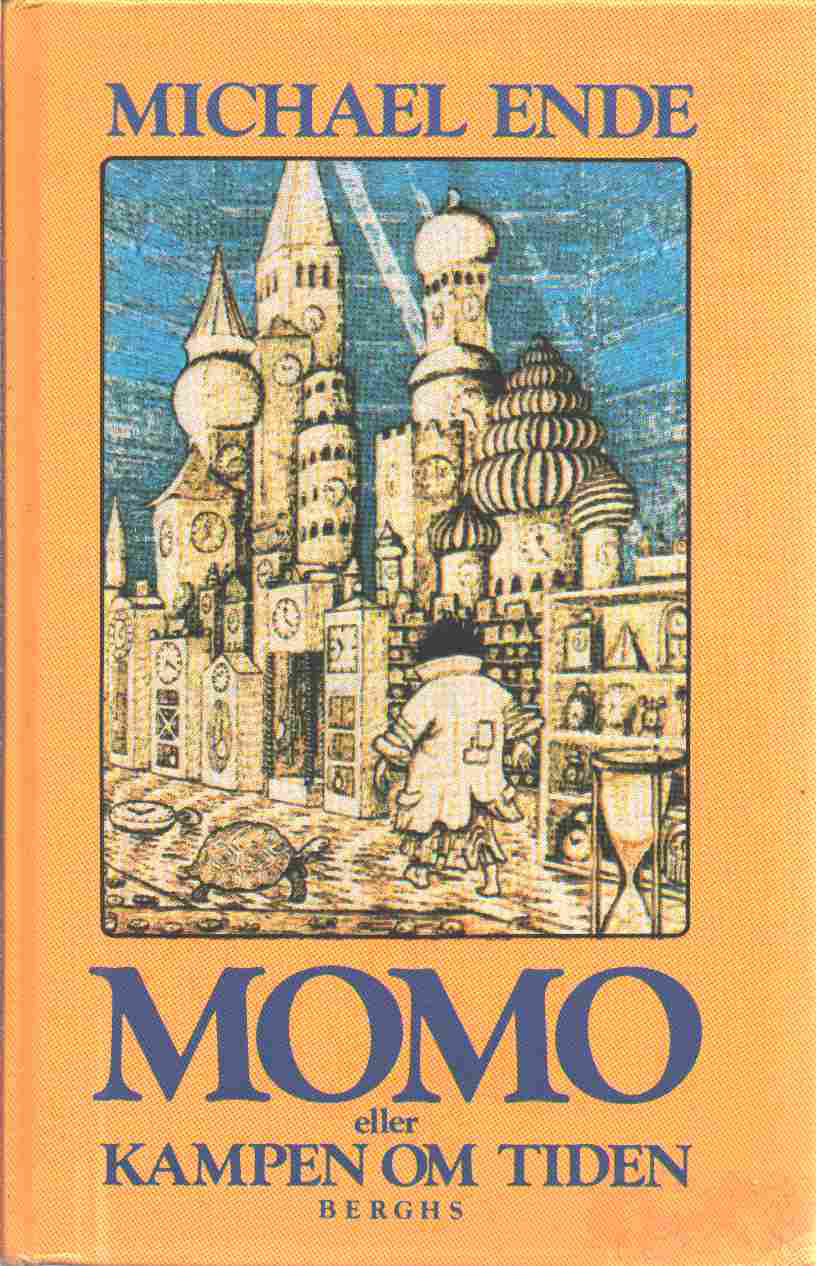 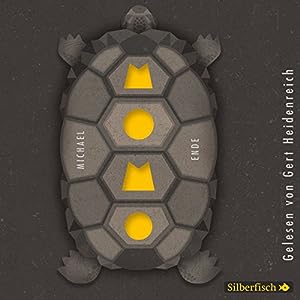 Momo, also known as The Grey Gentlemen or The Men in Grey, is a fantasy novel by German author Michael Ende (1929-1995). It was first published in 1973, and was awarded the Deutscher Jugendliteraturpreis in 1974.

The full title in German is: Momo, oder Die seltsame Geschichte von den Zeit-Dieben und von dem Kind, das den Menschen die gestohlene Zeit zurückbrachte; i.e.: Momo, or the strange story of the time-thieves and the child who brought the stolen time back to the people.

My Swedish copy is from 1982, so I guess that’s when I first read it. It’s another of those books that I have reread a few times over the years. But only in Swedish; not in the original language. I do have Michael Ende’s other famous fantasy novel The Never-Ending Story (1979) in German, though (Die unendliche Geschichte) – and know I read that one at least twice or thrice. I have the original edition, printed in alternating red and green ink – the meaning of which is interwoven with the story itself.

After just recently having freshened up my German a bit in the Duolingo app, I suddenly felt a desire to be bold and try an Audio book in German. I’ve never tried that before. My university days were way back in the Cassette Tape Age, and it was way beyond my imagination then that one day I’d be reading and listening to books in a phone-computer-thingy small enough to fit into my pocket or handbag… (I was proud to have a Travel Typewriter, and an Extension Cord to my phone so that I could drag that with me around the flat… But I digress…) Anyway, when I checked now, both these two favourites of mine were available in German by a simple click & download from Audible... Perfect!

I started with Momo, which is the shorter of the two (8½ hours); and found the experience quite encouraging. Apart from nodding off now and again (which happens whatever the language or book, as I often listen when resting with my eyes closed!), I had no problems understanding. The reading performance was excellent; very clear.

I also still find it a good and thought-provoking fantasy book that may appeal to both children and adults. It is set on the outskirts of an undefined city in (implied) Mediterranean environment (Italy?) with hints of the time intended to be around when it was written. It’s a changing world with elements of both older traditions and modernity. Momo herself is an orphan girl of unknown origin, who lives in the ruins of an abandoned old amphitheatre on the outskirts of the town. The citizens of the town let her be who she is and let her live by herself in the ruin, and she becomes popular among them. She shows a remarkable ability to listen to people; and just by her listening without saying much, even grown-ups often feel encouraged and find solutions to their problems. And the children love her for her way of inventing exciting stories and games to play.

All is well until the Men in Grey turn up, all looking the same, wearing grey suits, carrying grey briefcases, smoking grey cigars, and driving grey cars. They claim to come from the Timesavings Bank, and start persuading people that they need to save time (which they say will be paid back to them with interest). In reality, however, it turns out that the more time people “save”, the less time they seem to have. The whole atmosphere of the community changes, as no one has time for  fun and games and leisure any more.

The only person who seems immune to their influence is Momo. This worries the Grey Men, and they start plotting against her. One night, however, Momo gets an unexpected visit from a mysterious tortoise, who does not speak, but now and then lets a few words appear on her back for Momo to read. Momo follows her, and ends up in a place where some of the mysteries of Time are revealed to her…

Alas, in spite of the outcome of the story (which I won’t reveal here), I would say that rereading it now makes me wonder if there aren’t still some Grey Men left lurking around and blowing smoke in our eyes to deceive us about the best use of our time…

Posted by DawnTreader at 16:08