Postcards for the Weekend - Sweden

This week the PFTW theme is “from your home country”.

I was born in Sweden, my family roots in this country go back generations, and I’ve lived here all my life. So that’s the easy part.

Choosing what postcards to show… Not quite as easy, perhaps. But since I have scanned all cards I sent out on Postcrossing adventures over the past few years, I’ll have a look among those. 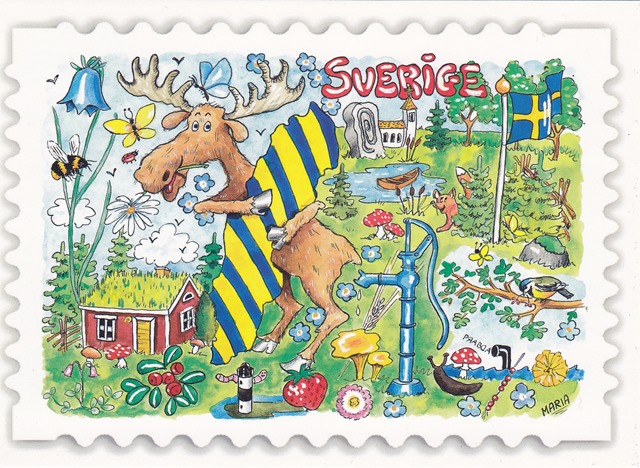 I’ll start with this, as it shows much that both tourists and natives often find typical of Sweden. At least in summer! Lots of nature – and easy access to it. There are rather generous rules allowing people to hike across or temporarily camp on another's land, boating on someone else's waters, and picking wildflowers, mushrooms and berries. However, you are of course not allowed to litter or cause damage; and there are special restrictions for endangered species and nature reserve areas etc.

If anyone is wondering about the elk/moose hugging the country, it’s because the European elk is known as the King of the Forest here. 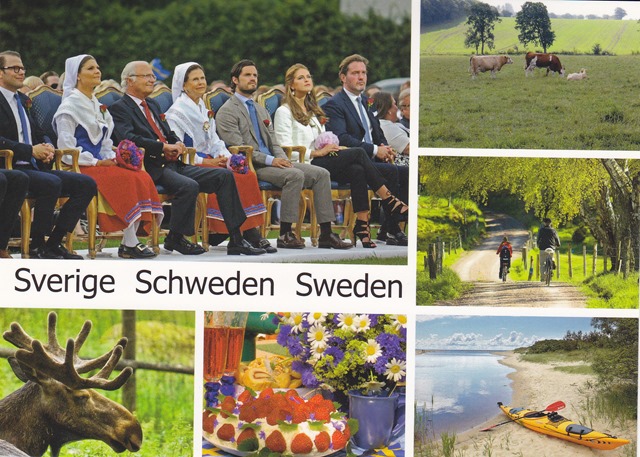 Sweden is otherwise a constitutional hereditary monarchy with a parliamentary system; which means that we have a human King as well, but only as ceremonial head of state, while the real power lies with the democratically elected parliament.

The present royal family descends from Jean-Baptiste Bernadotte, who was imported from France as crown prince back in the early 1800s when there was no legitimate heir from the previous royal family in Sweden. Our present king is Carl XVI Gustaf, born 1946, and on the throne since 1973. In 1976 he married Silvia Sommerlath, whose father was German and her mother Brazilian, and who grew up in both those countries. Next in line to the Swedish throne is their eldest daughter, Crown Princess Victoria. In 2010 Victoria married her former personal trainer Daniel Westling (there was some fuss about that…) who was then also given the title prince. By now they have two children together: Estelle (5) and Oscar (1).

Victoria’s two younger siblings also both married partners without royal background; and on the whole it’s all been rather a boost for the popularity of the royal family, with one big royal wedding after another, and no less than five little princesses and princes born in the last few years. In the postcard above you see, from left to right: Prince Daniel, Crown Princess Victoria,  King Carl XIV Gustaf, Queen Silvia, Prince Carl Philip (then not yet married), Princess Madeleine and her British-American husband Chris O’Neill (who declined the title of prince). (My guess is that the photo is from 2013, which is when Madeleine and Chris got married.) For certain traditional celebrations (like national day or midsummer) the queen and princesses often wear folk costumes. 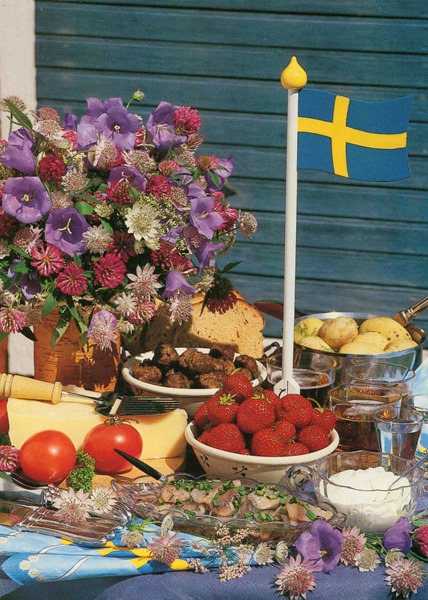 Our National Day and Swedish Flag Day is 6th June. However, the most traditionally Swedish celebration of all is probably Midsummer. On a typical Midsummer dinner table you will find fresh potatoes (the early ones are ready to be harvested just about then), pickled herring (must confess I’m not a fan of it myself), meatballs (for those who don’t like herring), bread and butter… And for dessert: Fresh strawberries and whipped cream. Possibly on top of a cake decorated with little Swedish flags: 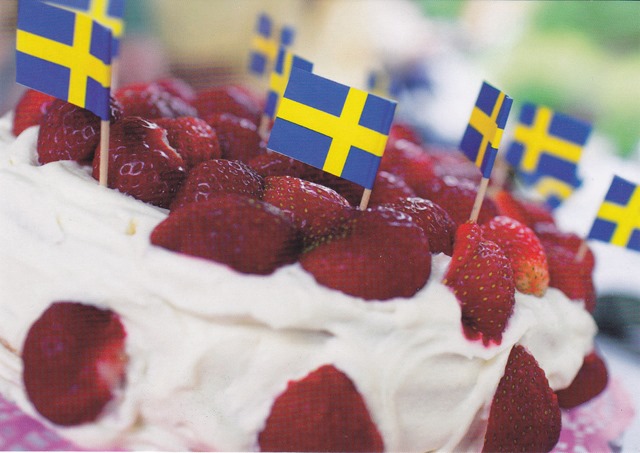 And of course - in our dreams/memories and postcards at least! - always perfect weather, lush green nature and picturesque old red wooden houses… 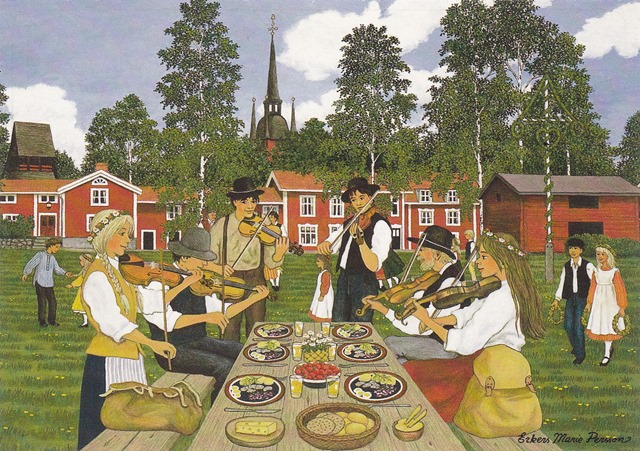 … and/or looking out over the sea or a lake … 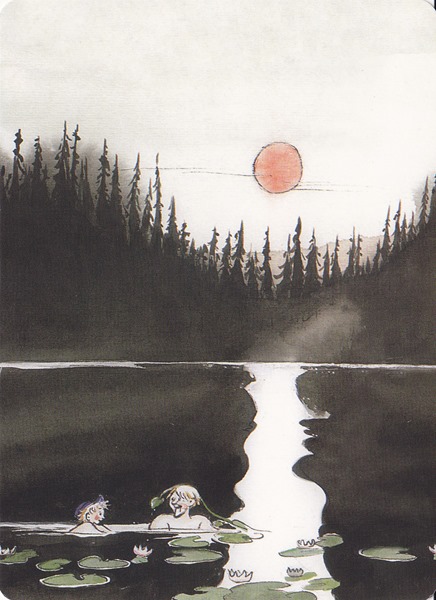 Truth be told, though, it’s just as likely to be raining! 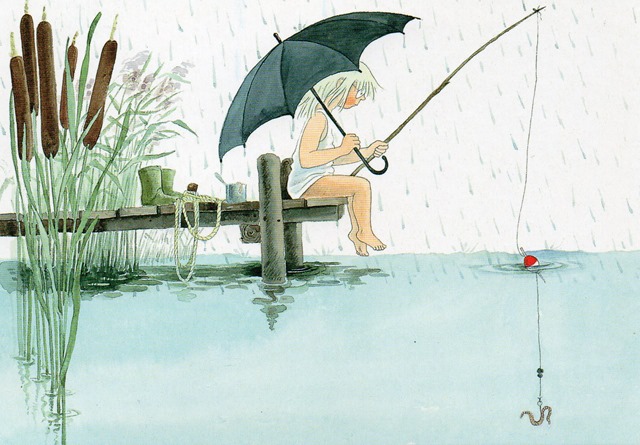