Postcards for the Weekend - from the U.K.

For this weekend, Maria has given us the PFTW theme
”from a country/ favorite place you have visited”

The foreign country that I have visited the most, even if it was long ago, is the U.K. In recent years, I have also received several postcards to remind me of those holidays spent in England, Wales and Scotland back in the 1970’s. Some have come from strangers via Postcrossing; but even more have dropped in from one particular postcrossing friend. 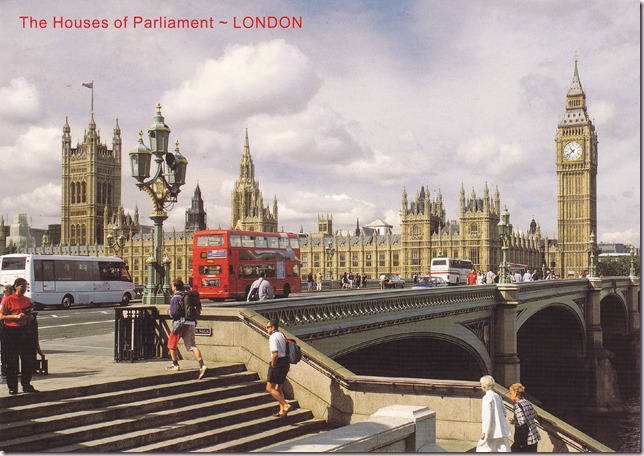 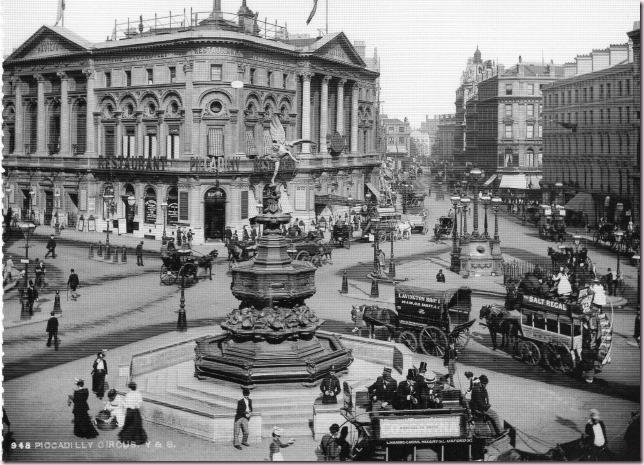 But I have been there. 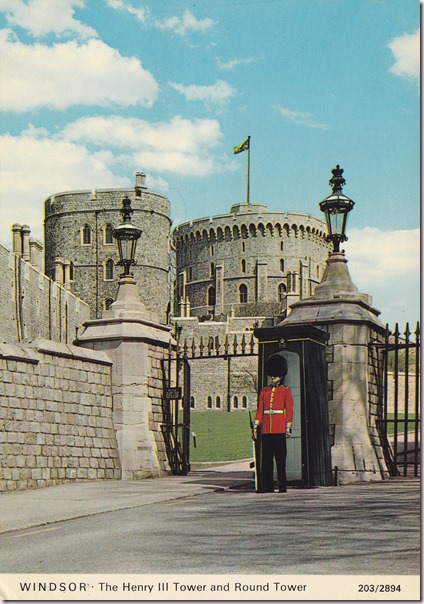 Windsor – The Henry III Tower and Round Tower
From John, 2014

While in London in 1969, we also went on one or two bus tours out of the big city, and visited both Windsor Castle (above), and Anne Hathaway’s cottage in Stratford-upon-Avon (below). (Anne Hathaway was the wife of William Shakespeare, and this cottage is where she lived as a child.) 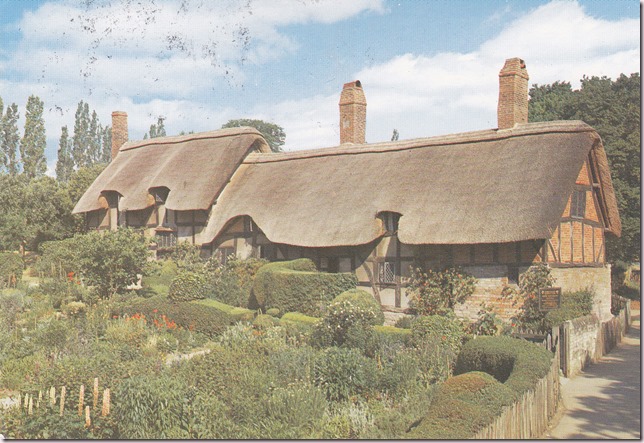 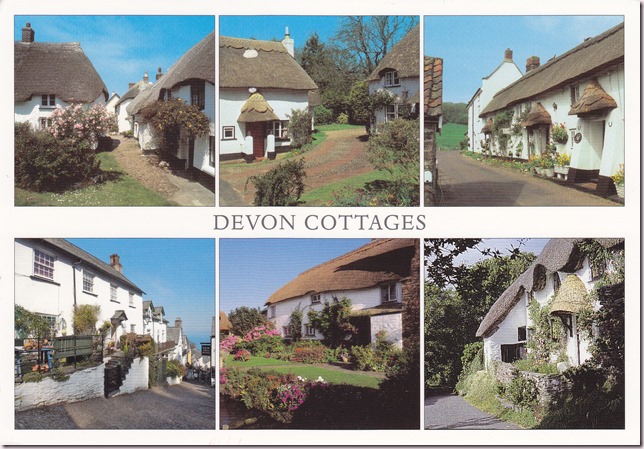 My memories of Devon are rather vague, but I know we must have passed through there in 1974 to get to Cornwall…

Thatched roof cottages always remind me (still) of a book my mum used to read to me when I was even younger, about a little English girl by name of Milly-Molly who lived in such a cottage. Actually (I have learned more recently), in English she is called Milly-Molly-Mandy. But in the Swedish translation they skipped Mandy. So I know her as just Milly-Molly. 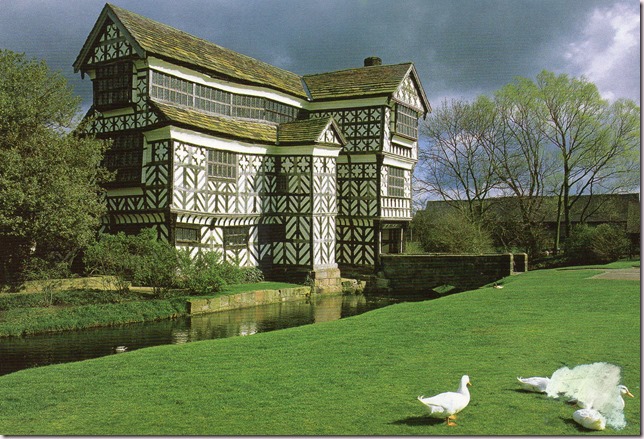 One day on our family trip in 1971, my parents left me with a penfriend of mine and her family in Stoke-on-Trent. (First time I was left “all alone” with no choice but to speak English!) Together with them I visited this magnificent Tudor manor house from the 1500’s – Little Moreton Hall. I don’t think there was a straight angle in the whole building! In 1971, we also drove up to Scotland (as far north as Inverness and Loch Ness). Lots of moors and sheep and hills and mountains… And I do seem to remember that we may also have seen/heard some bagpipers at Edinburgh Castle. (Not THE famous Edinburgh Tattoo event, but something minor, for tourists. Or perhaps my memory deceives me? Not sure…) 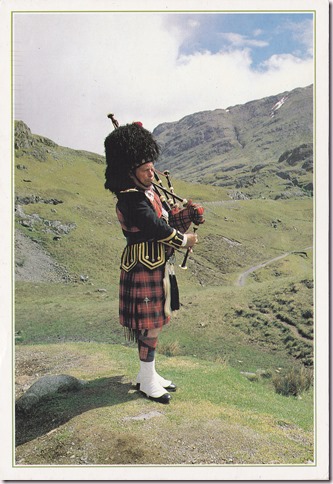 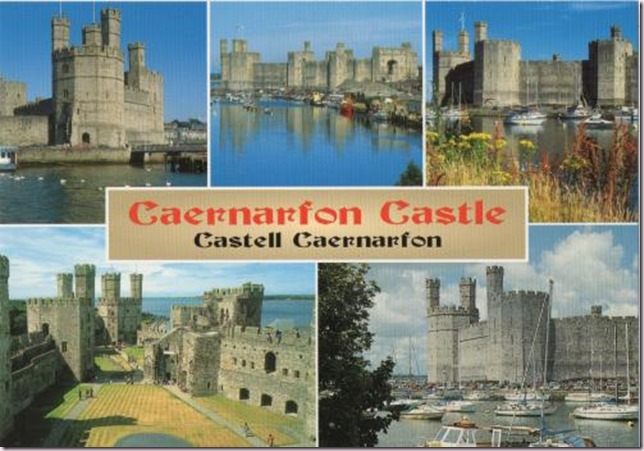 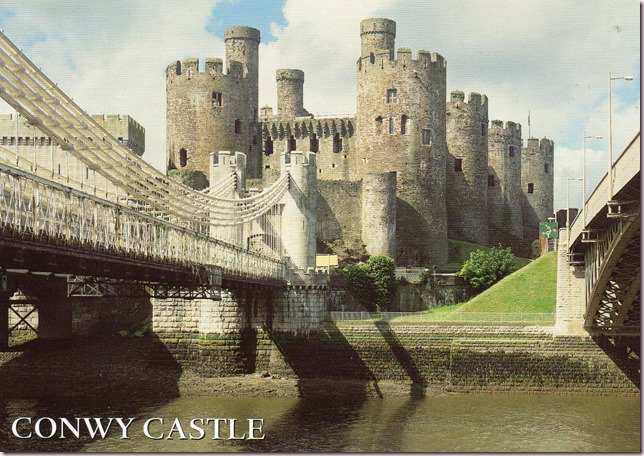 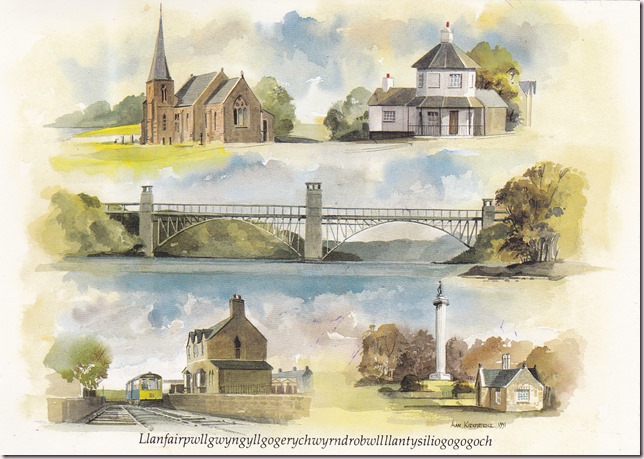 And also the Welsh village Llanfairpwllgwyngyll, or…

The long form of the name was invented for promotional purposes in the 1860s. With 58 characters it is the longest place name in Europe... And my dad, railway and steam engines enthusiast, wanted to visit it to get a platform ticket from there – and photos of the station house with sign, of course.

Platform ticket (scanned from my photo album from 1974) 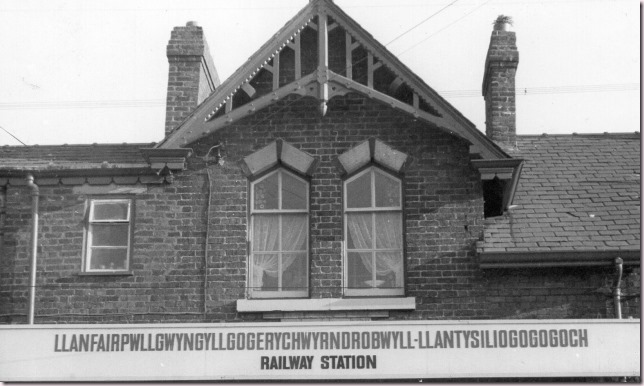 My dad’s photo of the railway station
… which I recently found in a “surprise” envelope that fell out of an old writing pad that I must haven taken home when we emptied the House a few years ago. Besides this photo the envelope contained  a cutting from some magazine with the Swedish translation of that long name + two other railway photos.

(Now that you’ve seen that name four times in a row, you know it by heart, right? … Just kidding…)