Spring, and a Book Fair 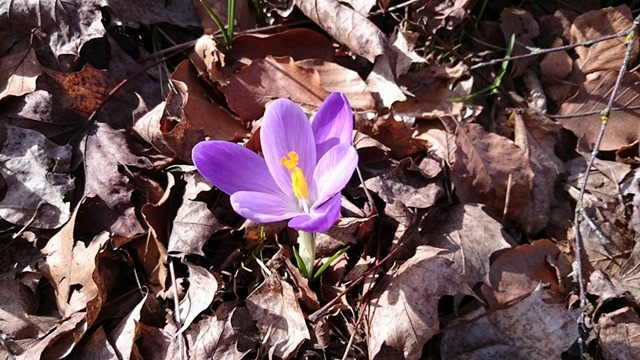 Today felt like the first proper day of Spring here, with temperatures around +10°C or so – and some crocuses planted in sunny spots deciding it’s time to show their colours, at last!

I celebrated by walking into town to have a peek at the first ever Borås Book Fair. A bold move for a city of our size, as every autumn (since 1985) there is a Big One in Gothenburg/Göteborg (the 2nd largest city in Sweden, only an hour or so away from here), which has grown to be the largest literary festival in Scandinavia and the second largest book fair in Europe (after Frankfurt); with around 100,000 visitors and 900 exhibitors annually. (I have been to the Gothenburg book fair once; but it was back in the early years. It felt “big enough” even then but that was probably nothing to what it’s become since then.)

Anyway – today’s book fair here in Borås was of more modest proportions, and with focus on local authors and literature. It took place in a charming old wooden building (Hemgården) which is used for a variety of cultural events, exhibitions and courses etc. 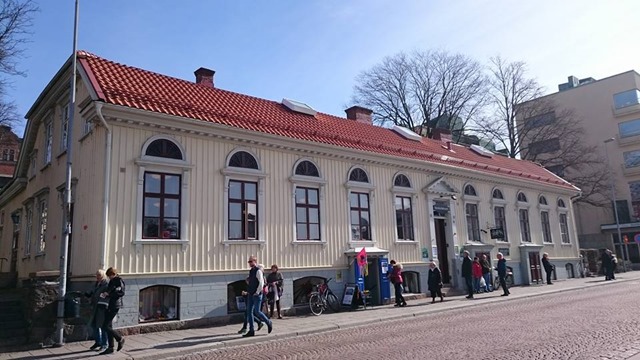 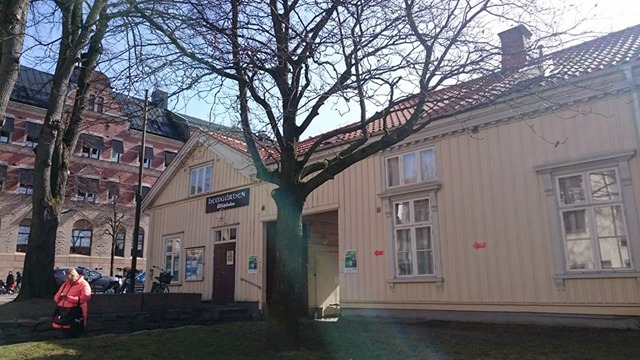 I arrived about an hour after it opened, and found the place absolutely crowded. Together with several others, I was too late to be able to get a seat for a lecture/interview with a well-know local author starting at 11 o’clock. They had had to lock the door to that since the room was full. But they had put a speaker outside in the courtyard so that one could sit there and listen too. And as it was a nice sunny spring day, quite a few people did. (I did too, for a while, but not the whole hour.) 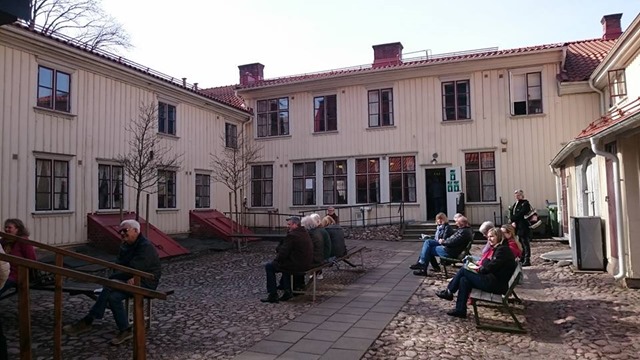 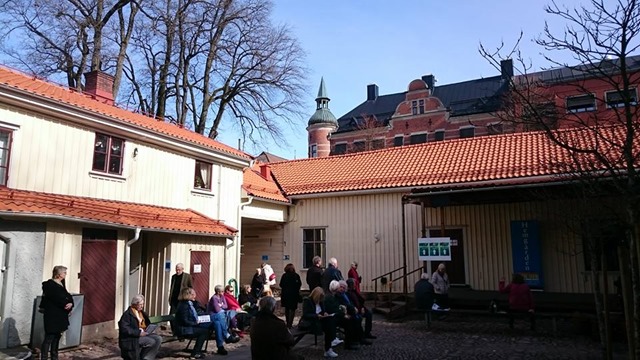 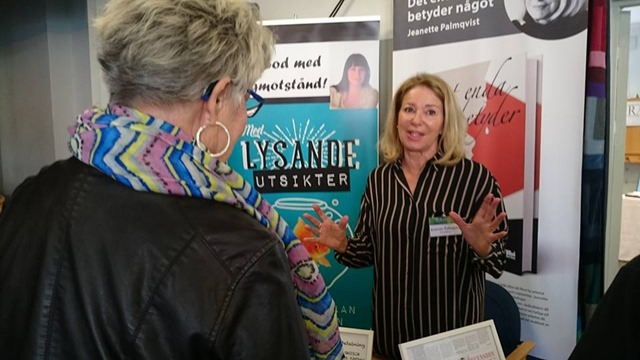 Indoors in the exhibition hall it was crowded too, and really not enough elbow room to take pictures. I managed this shot of an author whose novel I bought, though. Somehow her presentation hit home with me because she said she based the book on (or was inspired by) some mystery in her family history. We had a bit of a chat while she signed my copy. (The title would translate to The Only Thing That Matters. I’ll have to read the novel to find out what that is, though!) 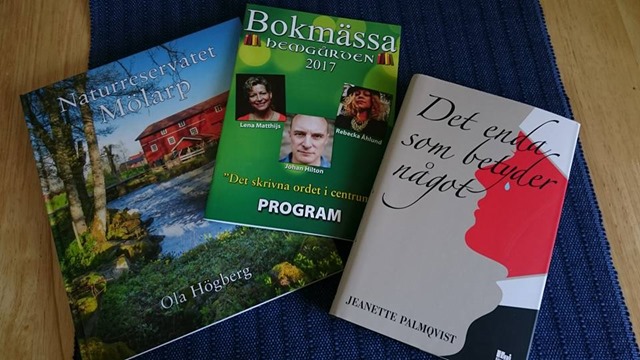 I also found another book that was an immediate “must have” for me – and I’m so glad that I got this chance to discover and buy it! It’s a wonderful photo book about the nature reserve area close to the house that belonged to our family between 1930 and 2014 (sold after my parents passed away). I have blogged many  of my own photos from this area (and all seasons) in the past. * The book combines many lovely professional photos with facts about the history of the area, and its plants and wildlife. I was surprised at first that I didn’t even know this book existed; but it turned out to be quite new – printed only last year.

I had a closer look as soon as I got back  home, and I love it. As I have walked those paths so many times (ever since childhood, when visiting my grandparents), I can follow more or less “every step” described, and recall where to find the various trees and plants – especially the early spring flowers. 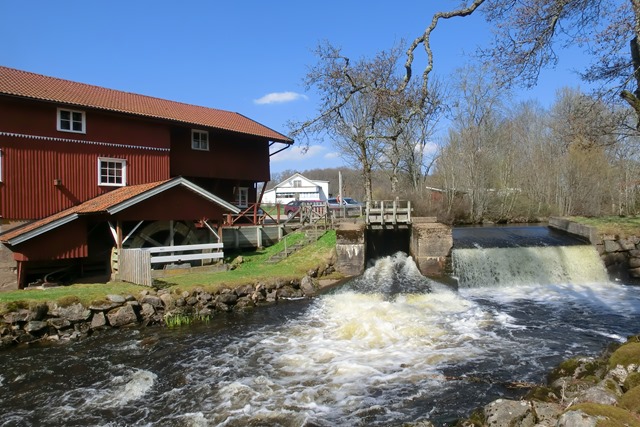 The old mill, lovingly restored by the local history society in the 1990’s 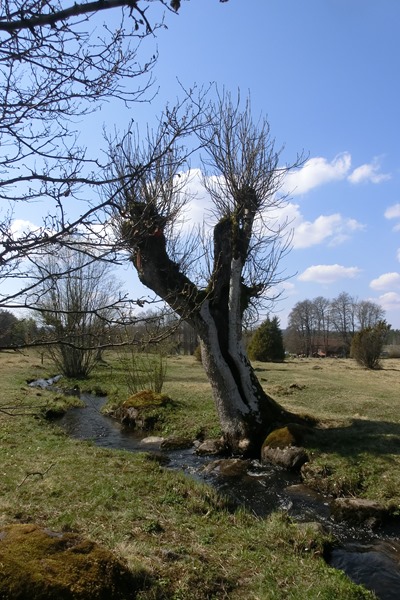 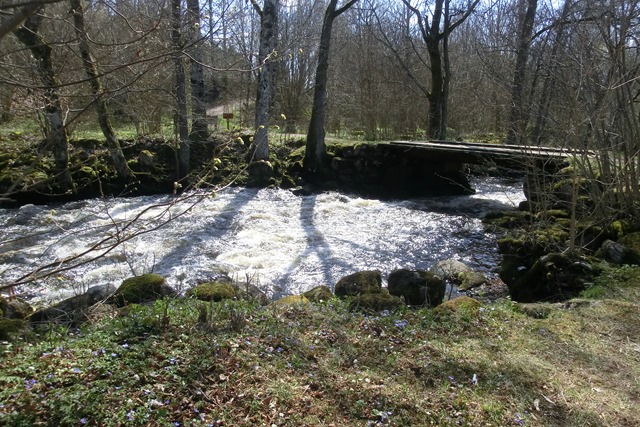 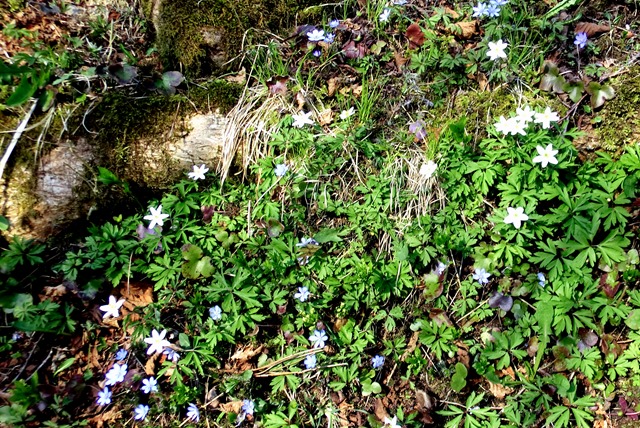 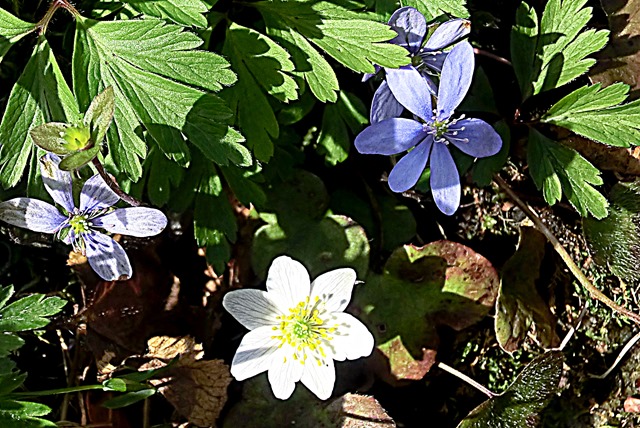 Wood anemones and hepaticas by the river (April 2014)

Posted by DawnTreader at 23:18