A week ago, last Saturday, there was an event in town in connection with the grand re-opening of a street that has been more or less dug up and in general disarray for a year or more, in connection with laying down new water pipes and whatnot. 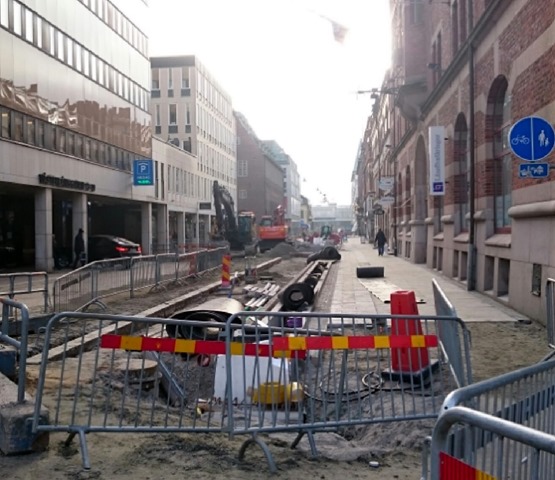 Now the job has been finished at last, and besides new pipes under ground, we have a new visible water feature on the surface, in the shape of a narrow canal with running water and little basins with splashing fountains. The project has been much discussed along the way (couldn't the money have been spent on something more useful etc) – but whatever our opinions may be, it’s here now. And last weekend the Spring Sun joined in the opening celebrations and made it all look rather pleasant and cheerful and relaxing.

There were also peace offerings of free ice cream, festive brass music, balloons for the children, and (for some mysterious reason) a group of marching soldiers (or actors) dressed in 17th century uniforms.

(The expression “bread and circuses” comes to mind…) 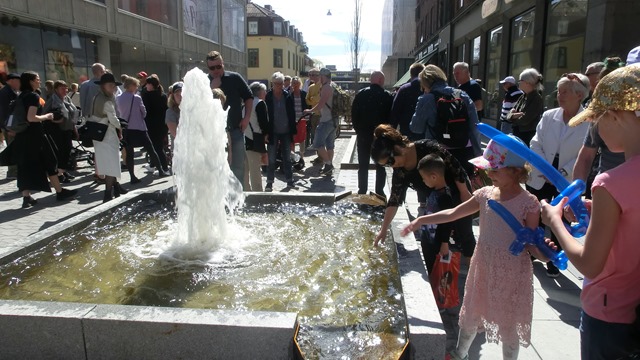 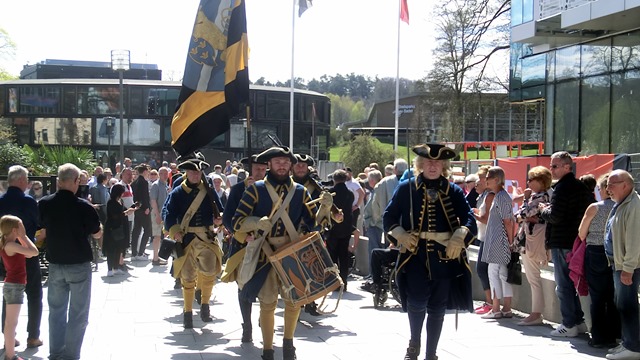 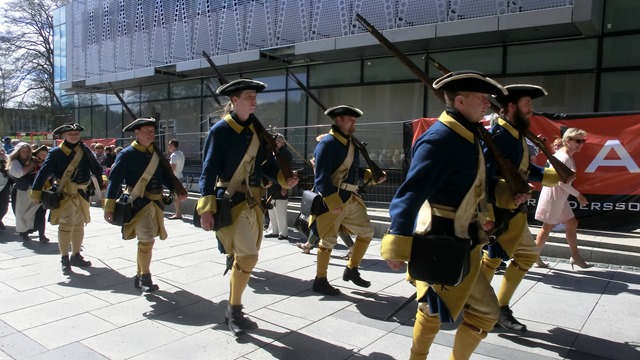 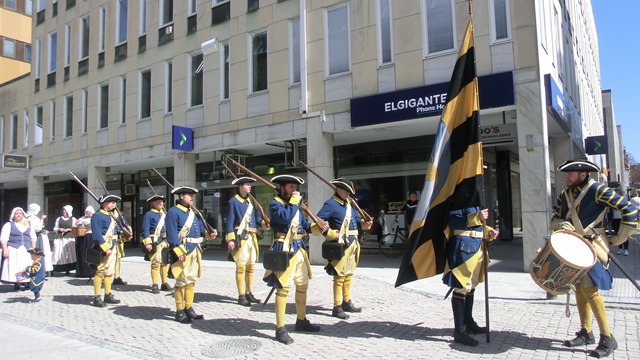 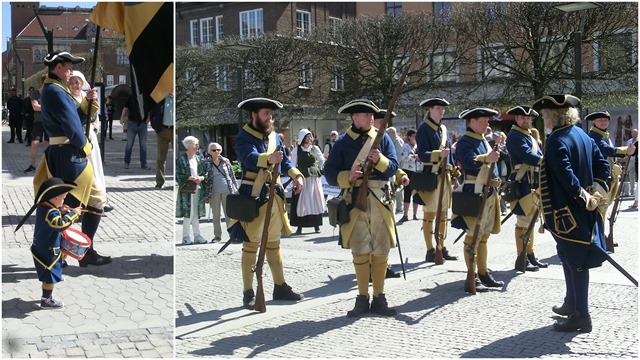 The main square is just a block away. 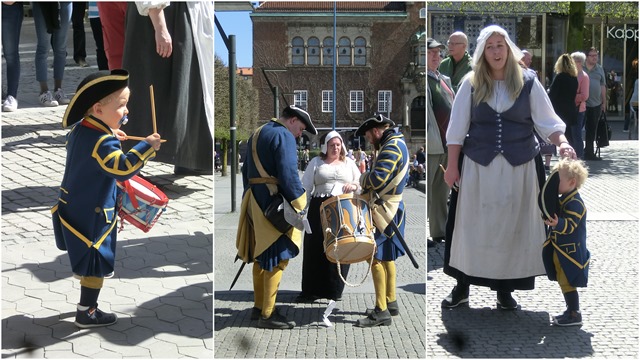 Linking to: Friday My Town: Down the Road

Posted by DawnTreader at 22:07