In Sweden, we traditionally celebrate the arrival of spring on 30th April - Valborgsmässoafton / Walpurgis Night - with bonfires, choral singing and speeches. I did not personally attend any such celebration this year; but Spring seems to have been pleased enough with all the attention, and responded gracefully by giving us a beautiful first week of May.

1st May is Labour Day and a bank holiday here, and that afternoon I went for a walk into town, in search of signs of spring.

The early blossoming trees have been having a confusing time during April, with very shifting kinds of weather: some sunny days, but rather chilly winds, and several frosty nights. But they’re doing their best… 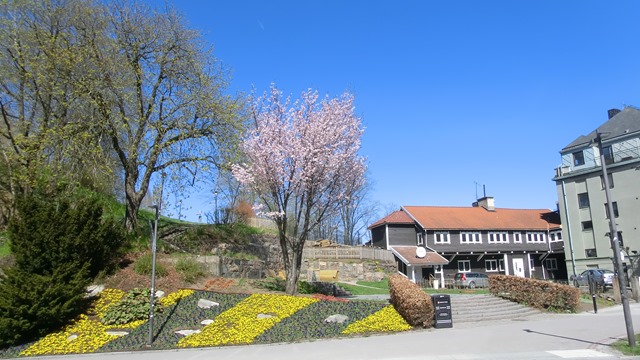 The city’s gardeners have also been busy planting pansies and other spring flowers at the end of April. This plantation is found near the railway station. 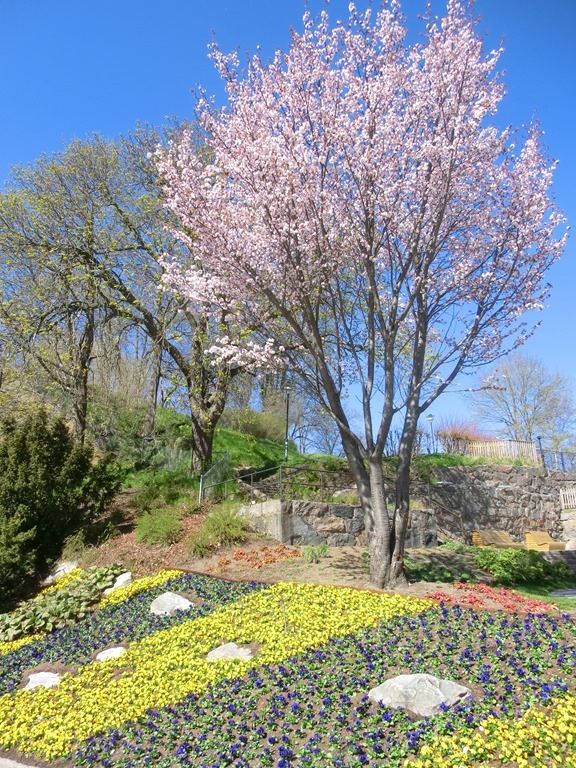 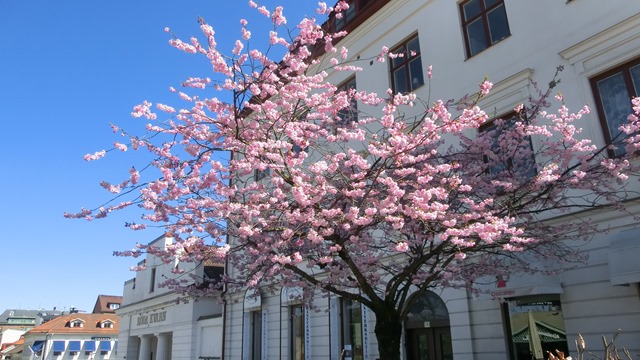 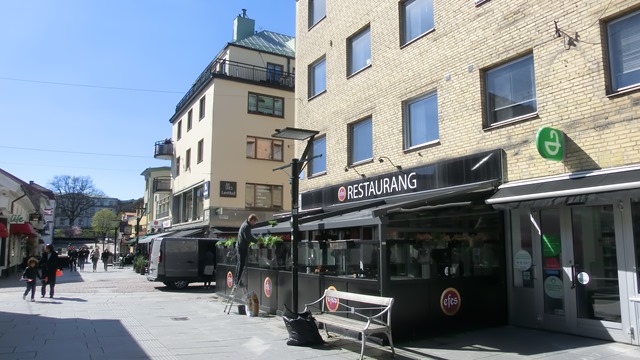 Some planting still going on – here, outside a restaurant 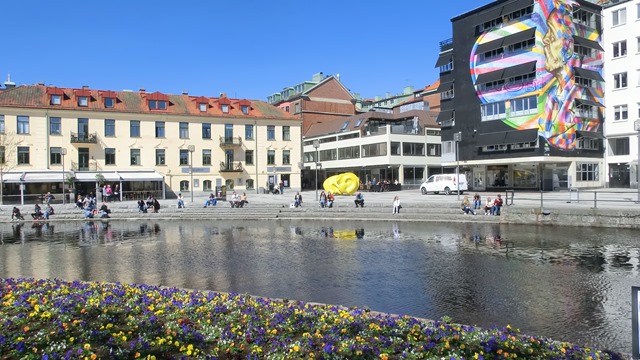 A beautiful afternoon for people to just sit around outside and enjoy the sun again. 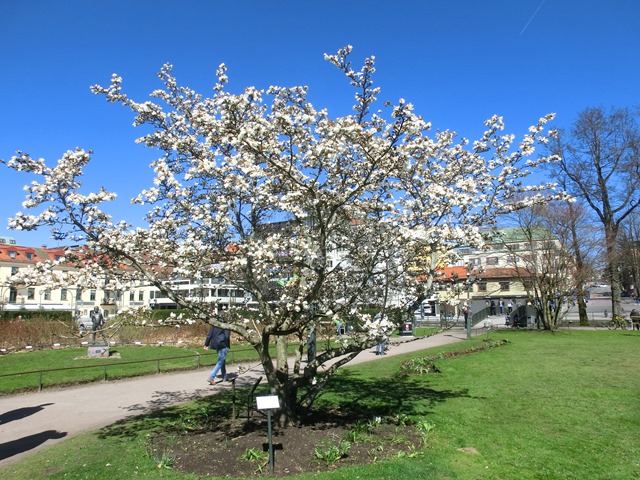 Magnificent magnolia tree in the park 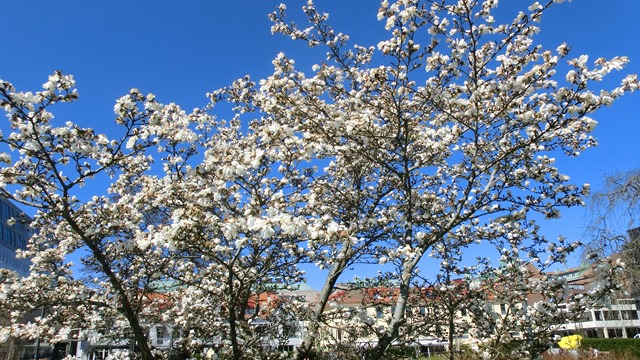 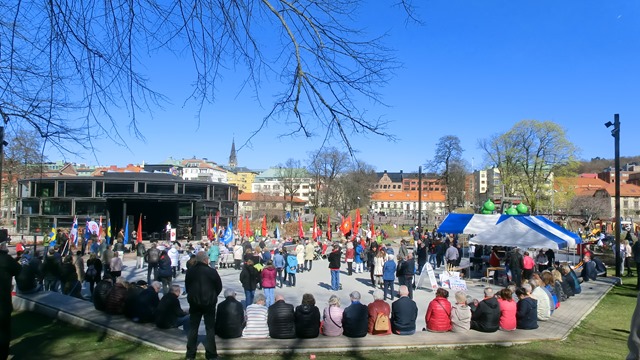 Labour Day is a day for political demonstrations and meetings. This is from the Social Democrats meeting in the park; with our government minister for social security speaking here this year. (Our present government consists of the Social Democrats + the Green Party.) I hung around and listened to most of her speech; but not the whole meeting. 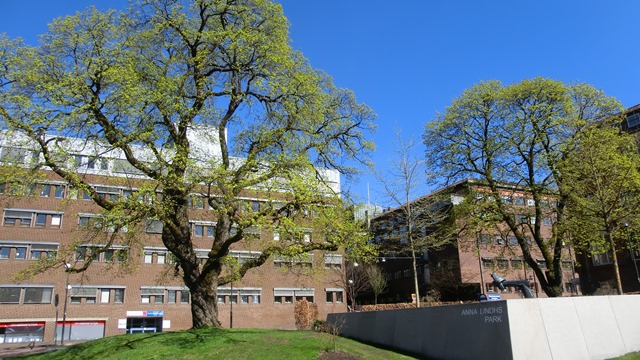 Across the river from the Town Park there is a small park, now named after and dedicated to the memory of a former minister for foreign affairs (also a Social Democrat), Anna Lindh, who was tragically assassinated in 2003. 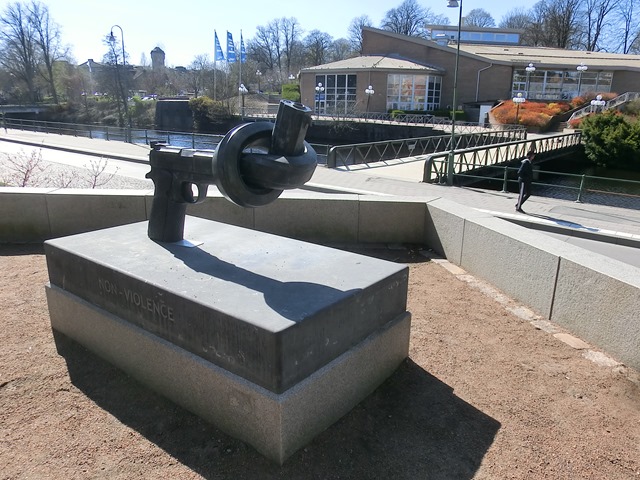 The monument in the park is entitled Non-Violence and was created in 2010 by Fredrik Reuterswärd. 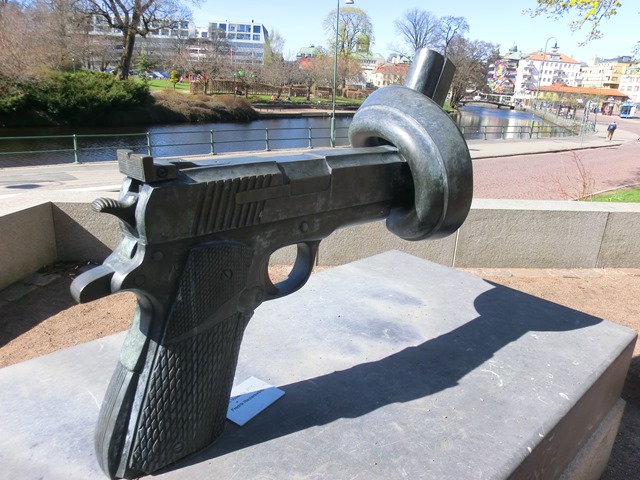 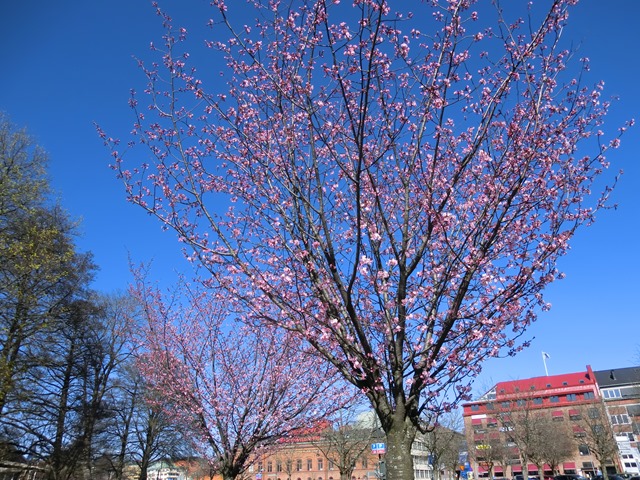 More cherry blossom trees on my way back home!

Linking to Friday My Town

Posted by DawnTreader at 21:06