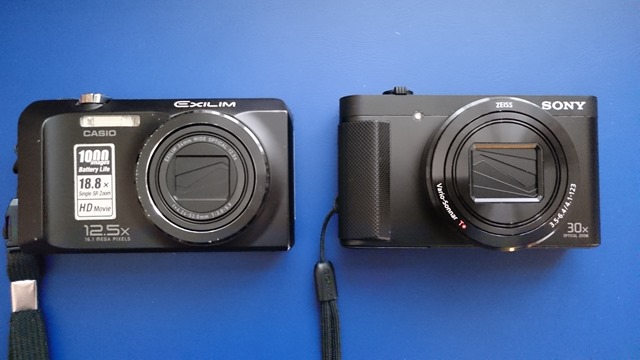 My old camera on the left, the new one on the right.
(This photo taken with my mobile phone!)

As someone might remember (I don’t blame you if you don’t): Just before my unfortunate fall two weeks ago, I had been to buy a new camera; and I promised some more detail about that.

The new one is a Sony DSC HX80. Beforehand, online, I had been looking at a similar but slightly different one (also a Sony); but when I got to the store, I noticed this one on display next to it; and when comparing them, I found this one even more to my liking. And actually also sold at a slightly lower price.

You may think it looks very much like my old one – and you’re right. There were a few things wrong with my old one, though. The flash hasn’t been working since a couple of years back, and on top of that, during the past winter some dirt got stuck somewhere in the lenses so that I got a dark blurry spot appearing in all photos using zoom or macro.

I haven’t had all that much chance to get to know the new one yet, but I have tried it out on a few short walks, to make sure it survived the Fall. It seems to have come out of that adventure better than I did. (It was still in its box in my backpack when I tripped and fell.)

It has some technical advantages over my old one. Better zoom for one thing (30x optical zoom compared to 12.5); and both an optical viewfinder and a tiltable (‘selfie’) screen. It is still almost exactly the same size as my old one and only 40g heavier. So far I’m very pleased with it. Looking forward to exploring it more later on! Unusual combination of rhododendron and (‘wild’) wood anemones in a flowerbed next to my building (last week). 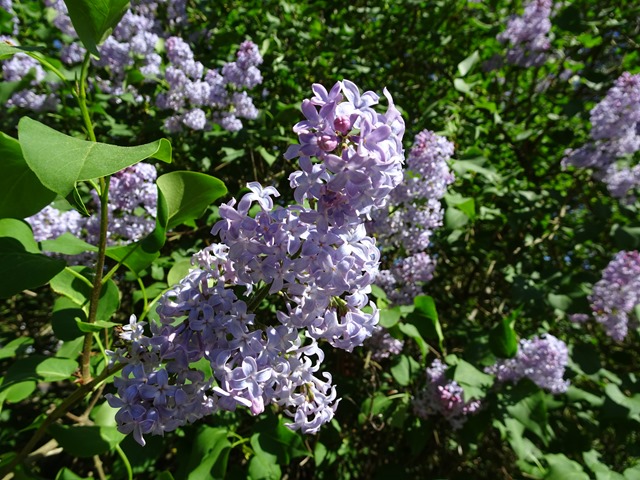 The lilacs are in bloom. 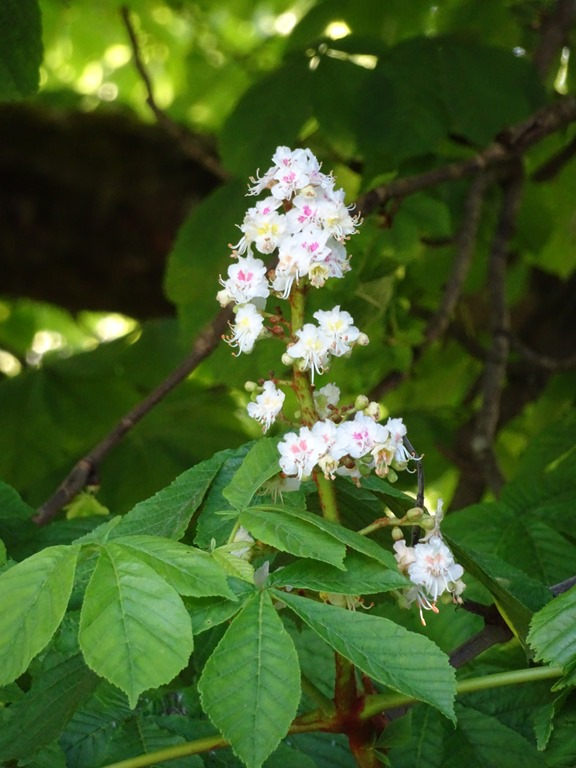 And so are the horse chestnut trees (zoomed in) 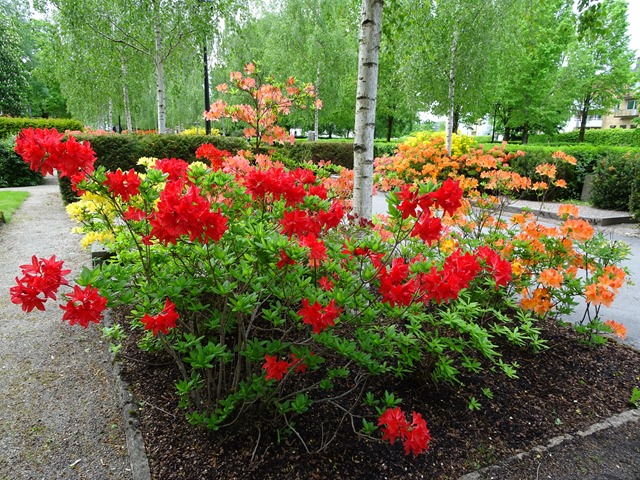 And the many colourful azaleas in the old cemetery. 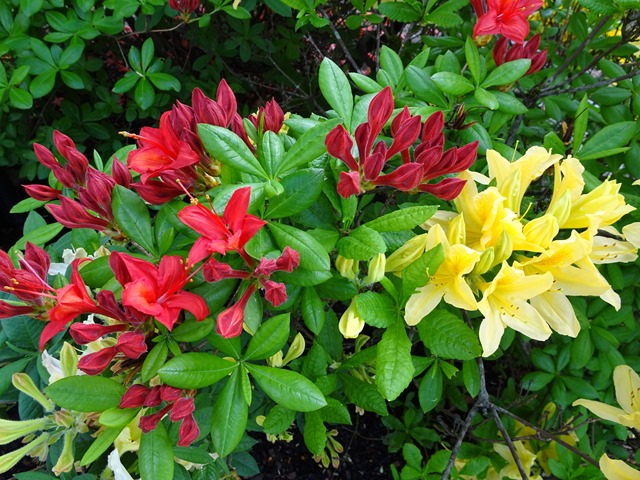 As for me, I’m afraid writing/typing for long is still painful. Evidently it will take some time to grow new skin on my arm/elbow… Four more nurse appointments booked over the next two weeks, to change bandages (which in this case I can’t manage myself). My minor wounds healed and most of the bruising gone, though!

I’ll be following some blogs using Feedly on my phone but may not feel up to much commenting.

Lots of resting lying down and listening to audio books just now!

Posted by DawnTreader at 18:57