As longtime readers of this blog may have guessed (at least one person did!), the lake in yesterday's post is one that has appeared before on my blog. However, the photos I have shown from there in the past will have been from the northern end of the lake - close to where my parents had their house. Because over the years that I've been blogging (since 2009), if I wanted to gaze at this lake, that's where I went. I.e. until my brother and I sold that house in the autumn of 2014. (Mum died in 2009, dad in 2011, and we kept the house three more summers after that - because we could, and there was so much stuff to sort out.)

After we sold, no regrets. But I do occasionally miss the nature around there. Of course it's still possible to revisit that beach and nature reserve area, but not very (or not at all...) convenient for me to go there by bus and on my own now. No café at that beach, and only temporary (mobile) toilets put up in the summer. And the proper village with shops etc is another 2 km or so away.

So... This summer, I was happy to learn that recent changes in the bus routes in the city included a new bus to take me (much more smoothly than before) to the southern end (=city end) of that same lake; where they do have a café (and toilets). (There are also picnic tables and benches if you want to bring your own food.)

On Thursday this week, I decided to try this out, as it seemed (and was) a good day for it: 19-20°C, a few fluffy clouds in the sky but mostly sunny, and no rain in the forecast. 15 minutes ride from my nearest bus stop - and I found myself transported to a very different scenery. 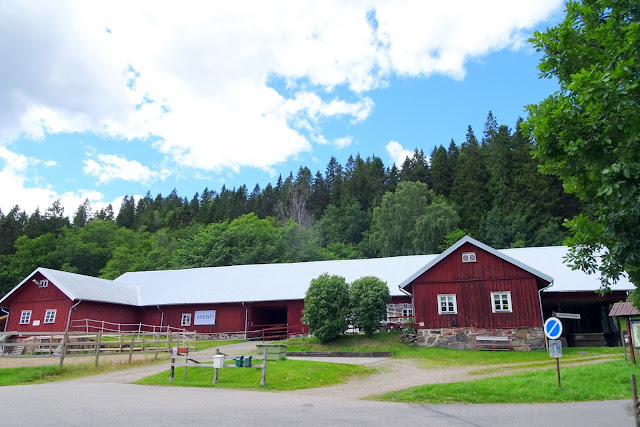 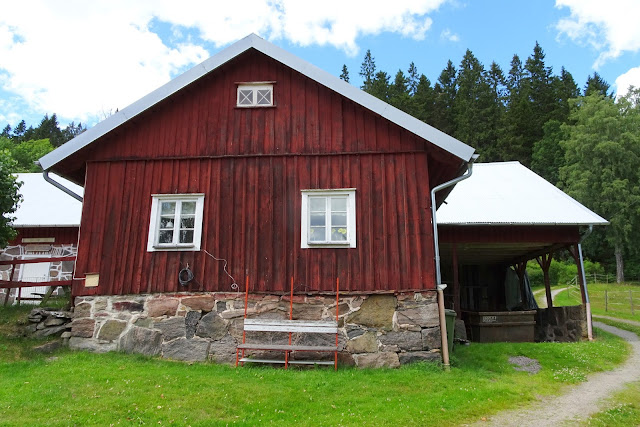 Close-up of the gable. 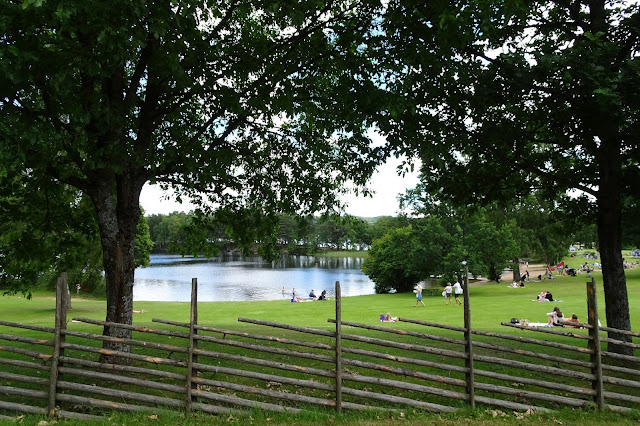 Wooden fence surrounding the beach area - which has more lawns than sandy beach. (Sand only closest to the water.) 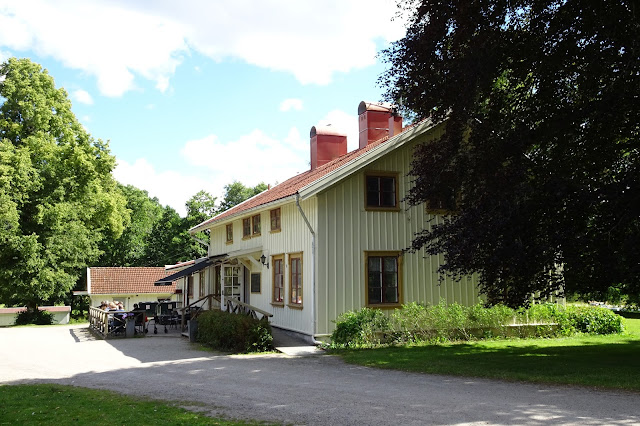 Café seen from the entrance. 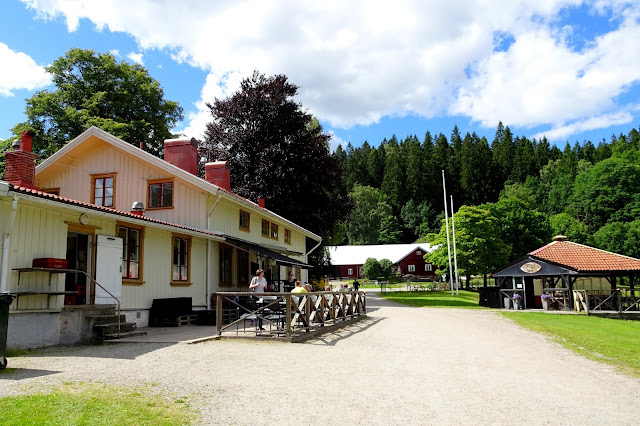 Looking back in the other direction. 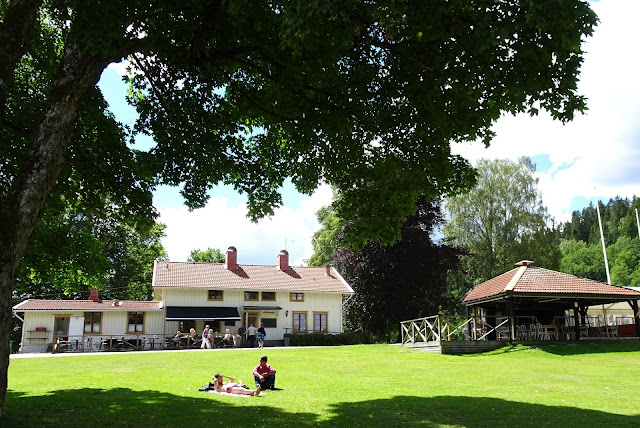 And from down by the lake. 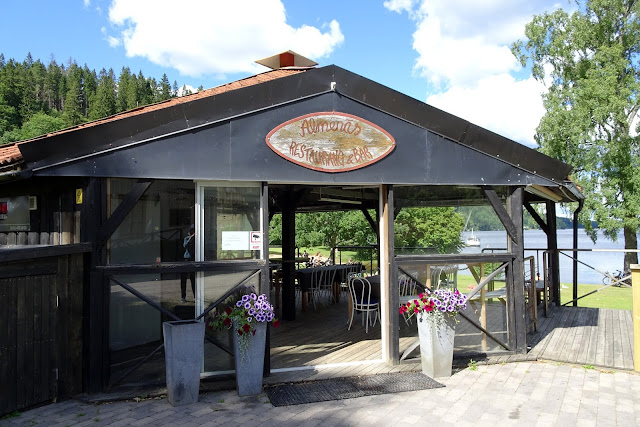 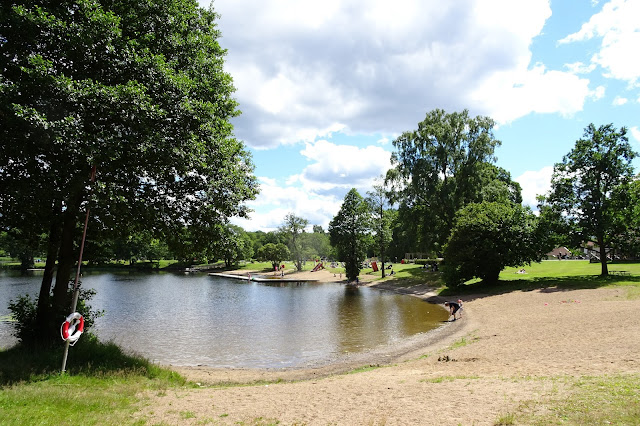 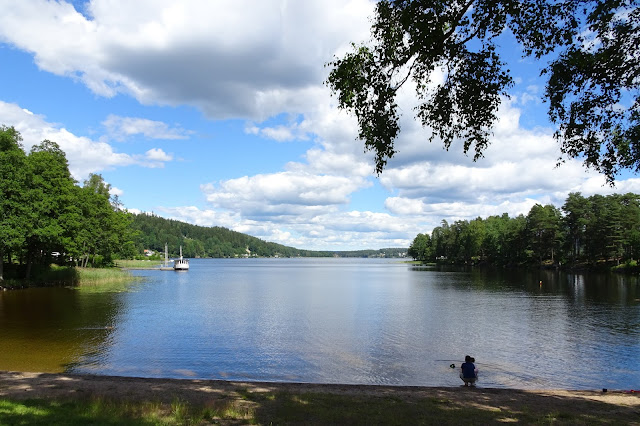 I wanted to get a closer look at that boat in the background, so I decided to walk round to the left (west) side of the lake first. 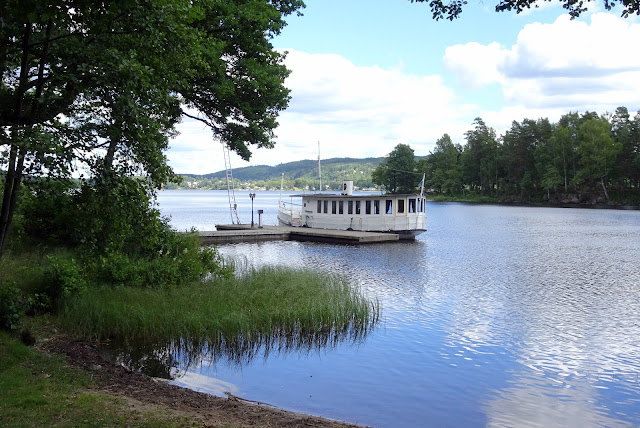 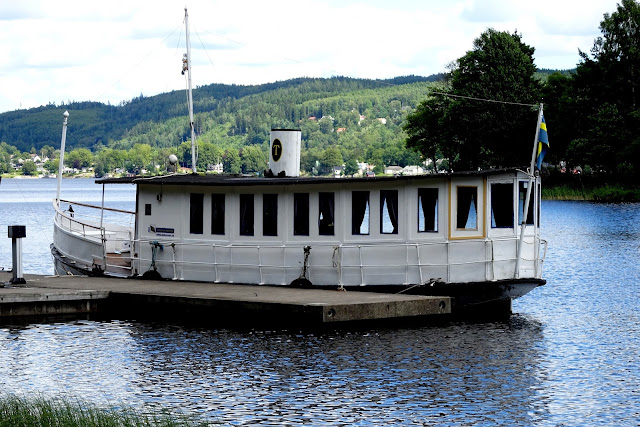 It is called Svanen = The Swan, named after a steam boat that was used on this lake back in 1892. This is not the same boat (and not a steam one) but this one too was built back in the 1880s. It was brought here and renamed in 2001. Since then it has been used for tourist tours on the lake in summer. Just now I think only available for special bookings, though. It's 15 m long and 3,7 m wide. 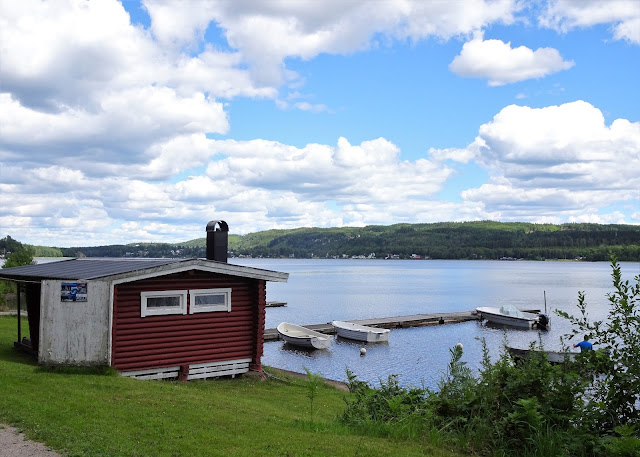 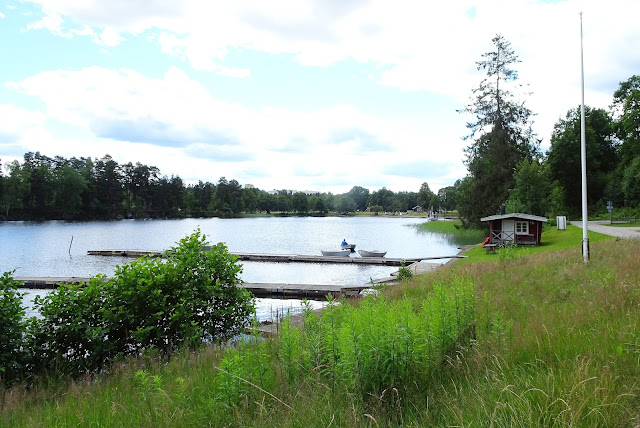 There are lots of summer cottages and allotments in the vicinity, and probably some all-year-round houses too. And lots of small boats. 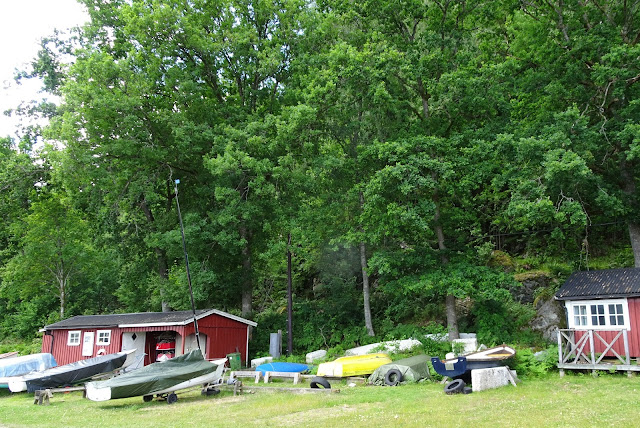 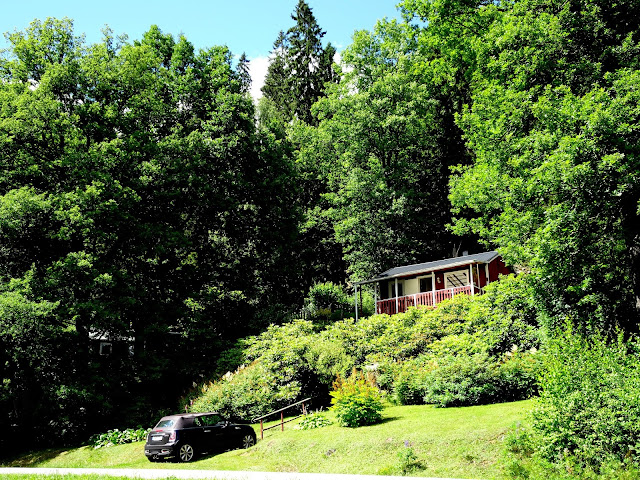 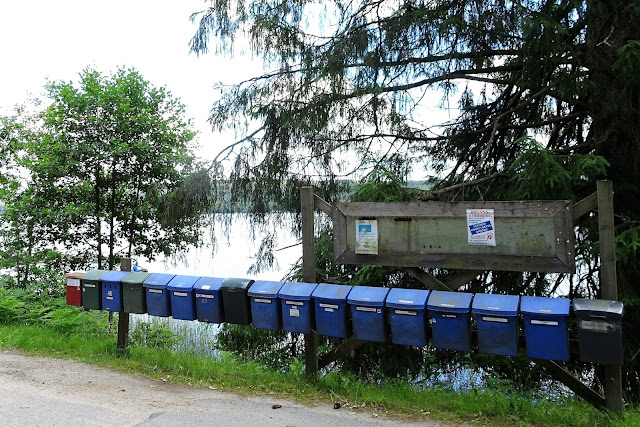 Evidence of permanent or at least seasonal residence!

Posted by DawnTreader at 13:50