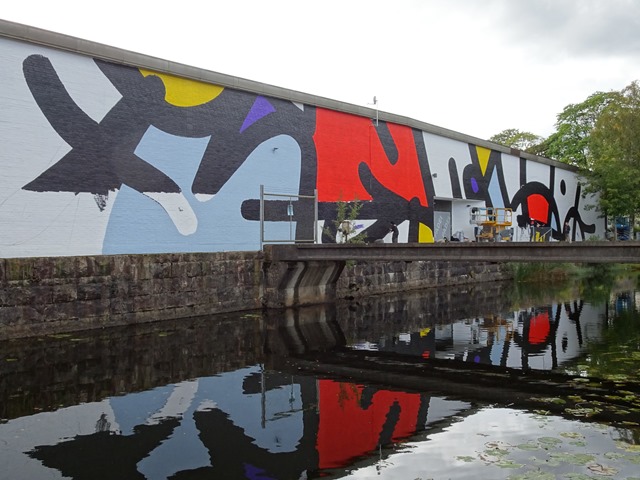 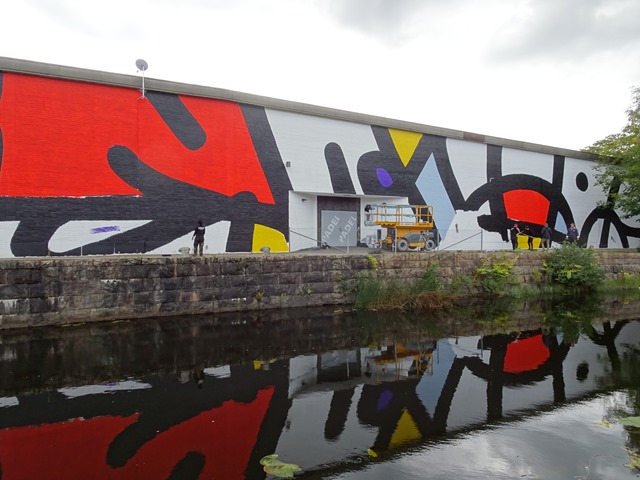 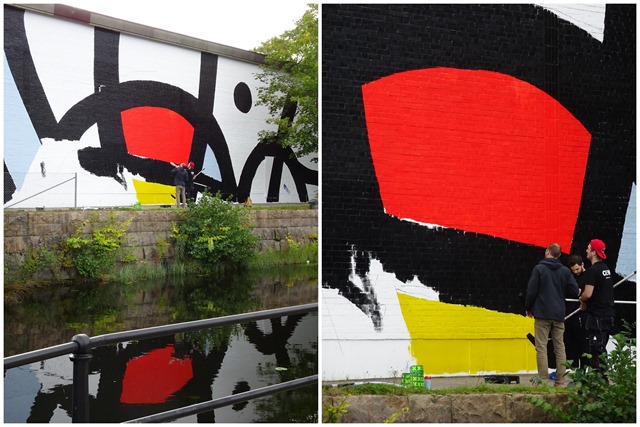 More street art from the No Limit festival at the beginning of September. This colourful abstract mural now livens up an industrial wall along the river. The photos above show the “work in progress” (7 Sept); the ones below were taken three days later (signed and finished). The artist is JM Rizzi, born 1975 in Brooklyn, NY and graduated from School of Visual Arts NYC in 1997. His work can be found in NYC, San Francisco, Los Angeles, Chicago, Hong Kong, and Shanghai – and now Borås, Sweden.

The reflections in the water also become a reminder of the history of this location, because in the past, this was a textile industry dye-house; and back then, they did not think about pollution, but just let all the excess dye straight out into the river. So it is said that the colour of the water in the river used to vary according to what dyes were used in the factory at the moment. Better this way, I think… The paint on the wall, and only reflected in the water! 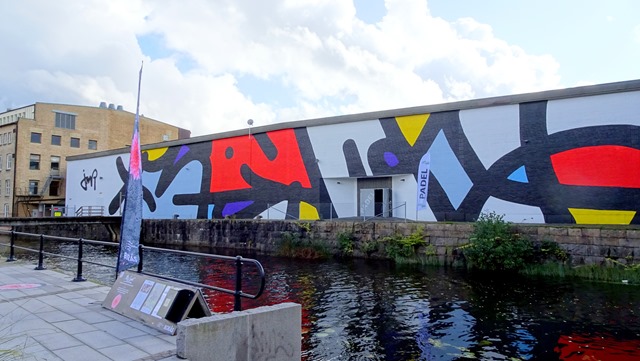 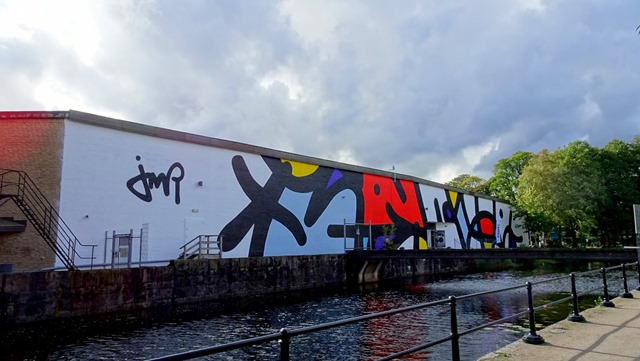 Posted by DawnTreader at 18:37