Reflections from a walk along the river, a couple of weeks ago
(23rd Sept) 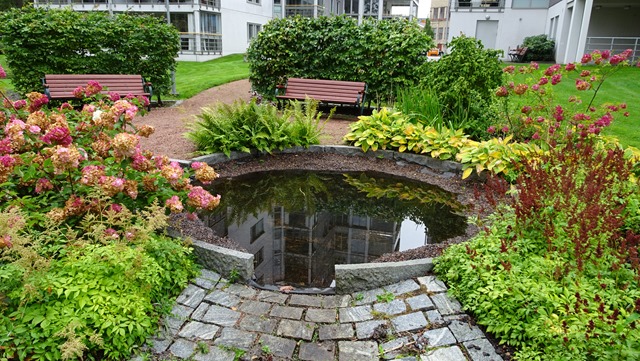 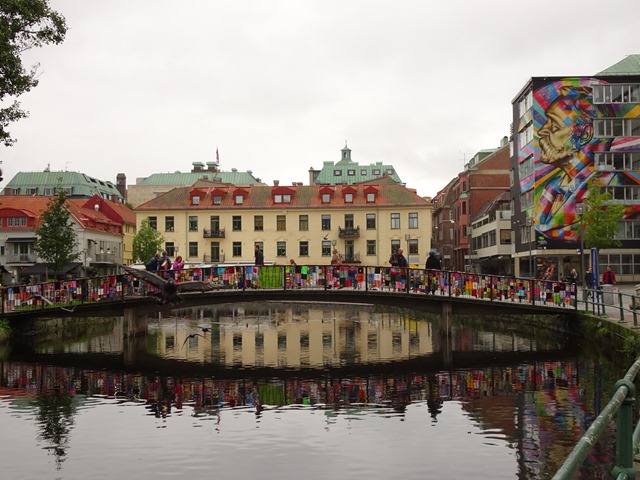 Colourful reflection from the bridge in the city centre. The railing was covered with textile patchwork created for the street art festival. There was an open invitation to anyone beforehand to contribute with a sewn or chrocheted square to be part of this piece of street art – also called “guerilla” art (or craft). (The mural to the right was painted during a similar street art festival a few years ago.) 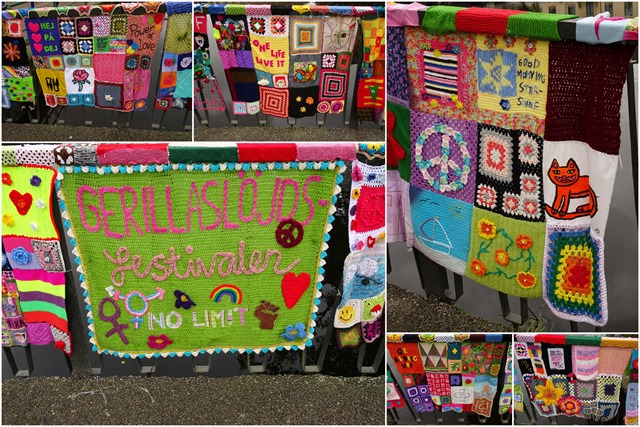 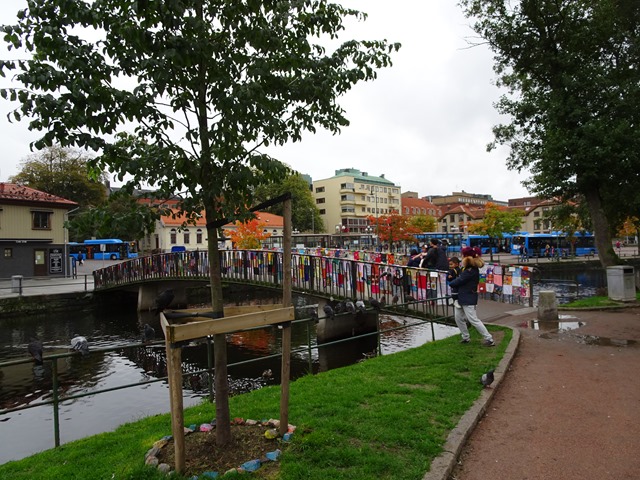 The bridge seen from the park. 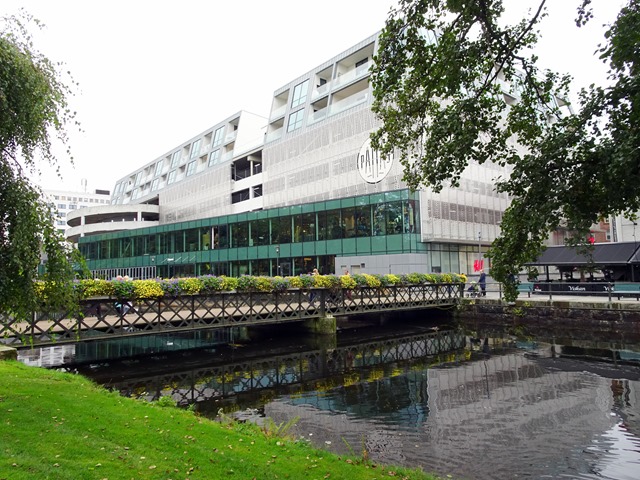 The new/refurbished mall in the city center is nearly finished now. Most of the shops inside have opened. And a couple of apartment storeys have been added on top. 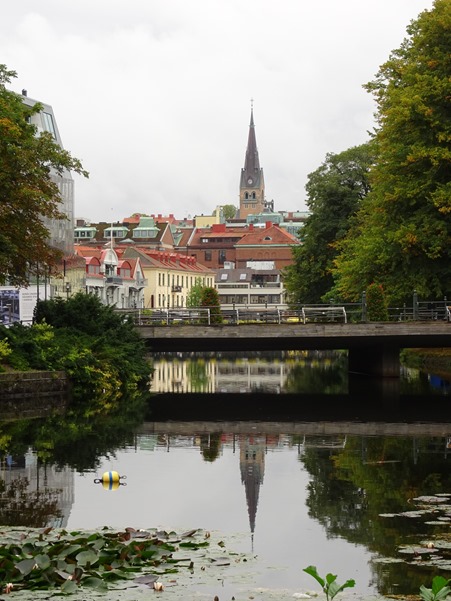 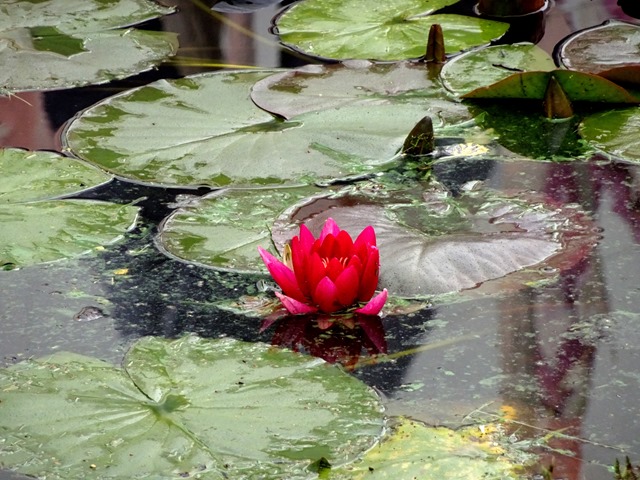 Red water lily in the river. 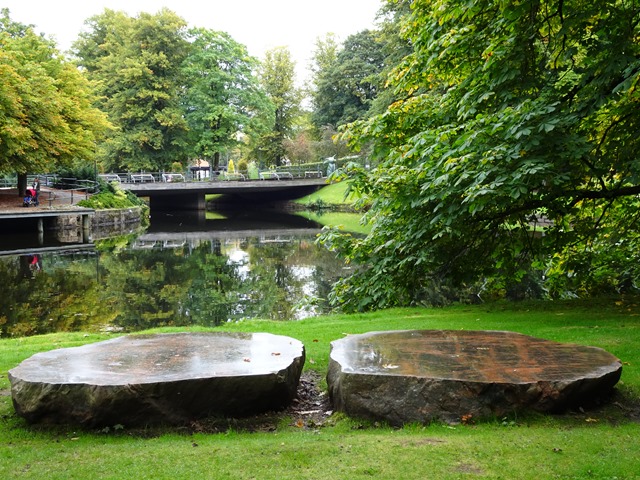 Above: ‘Upside Down’
One, or rather two, of my favourite sculptures in town…
Below: ‘Dogon’ 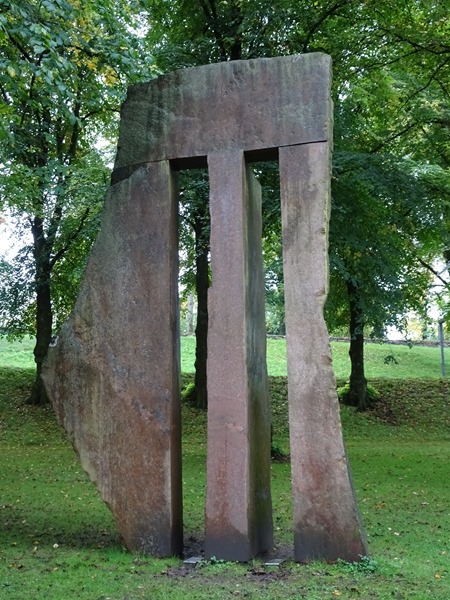 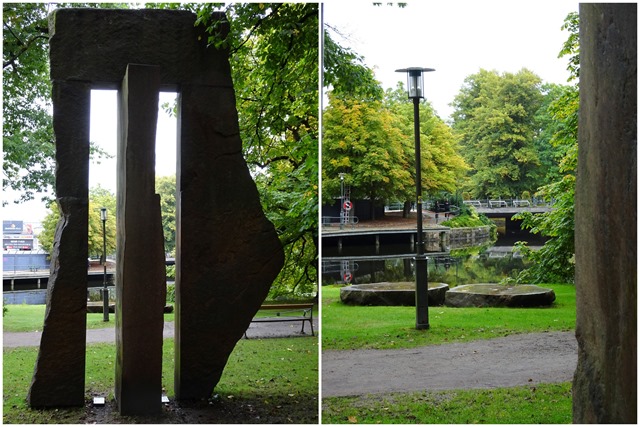 Both these stone sculptures were made by the same artist – Claes Hake (Sweden), and have been there, in the same spot, since the first sculpture festival in 2008. What was in the artist’s mind when he created them, I don’t know. But when I look at one through the other, I’m always reminded of Narnia. (Why? Because looking through the “Door”, you see a lamp post + a “Stone Table” broken in two pieces…) 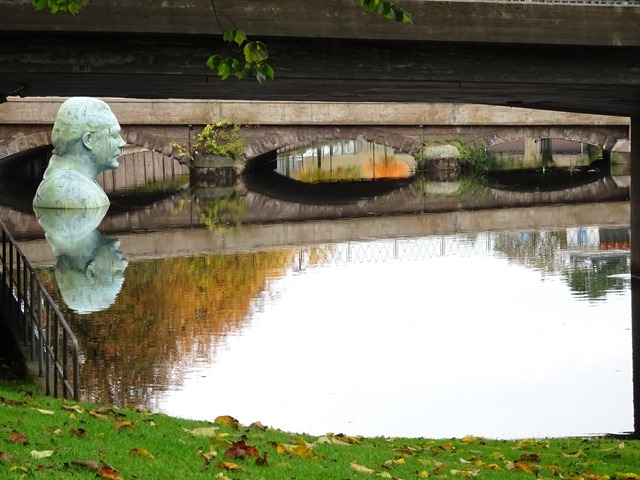 This guy, called Bodhi, has been here even longer, since 2004. It was made in the image of its creator (artist Fredrik Wretman).

One of the interesting things about ourdoors sculptures and art is that the surroundings keep shifting with the weather. 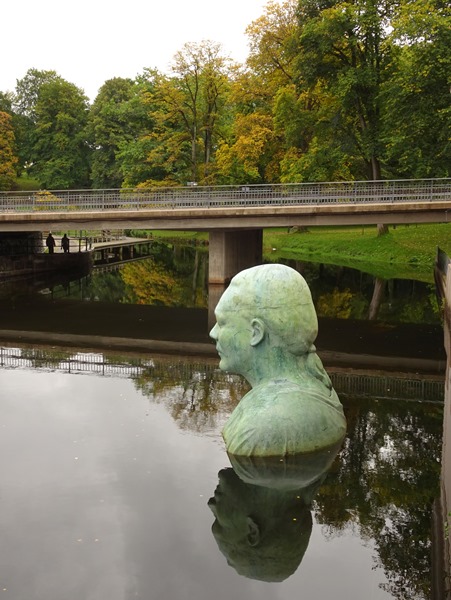 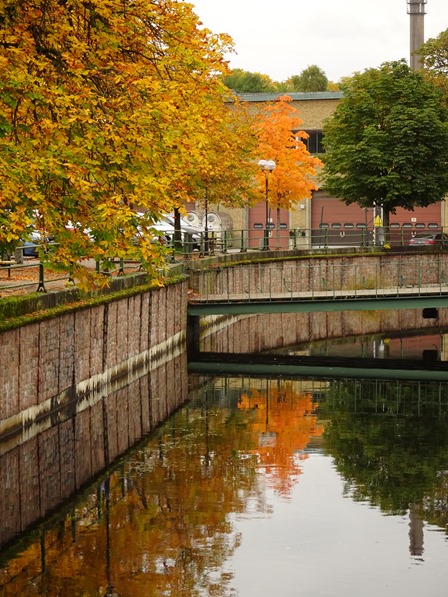 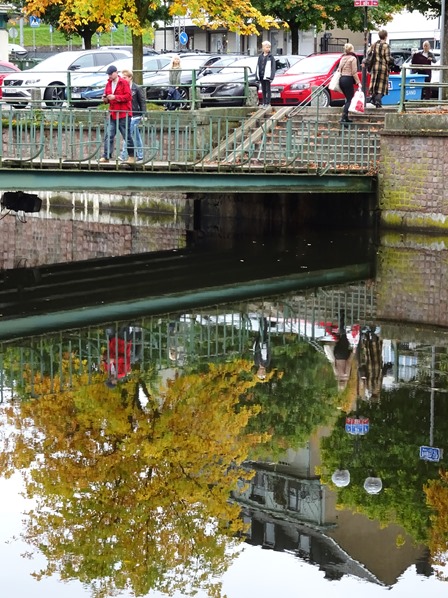 Posted by DawnTreader at 20:01