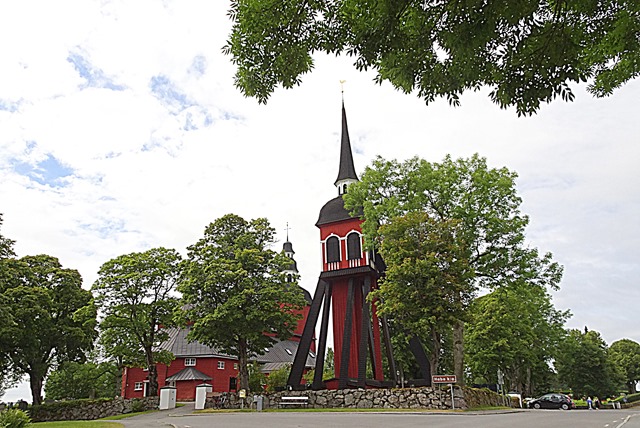 Yet another old red wooden church from our trip around Lake Vättern back in July: Habo Church.

This church also goes by the name of “The Wooden Cathedral”. The architecture resembles that of a cathedral, but it is built entirely of wood. It has the form of a basilica, with a high nave and two lower side aisles. It was built in 1680, and received its present appearance in 1723. The vestry dates back to an older stone church from the 13th century. The tower on the west side of the church is only for decoration and has no bells inside. In the separate belltower from 1760, there are three bells of different size, all made in Jönköping in the mid 1700s (one of them was recast in the 1870s). 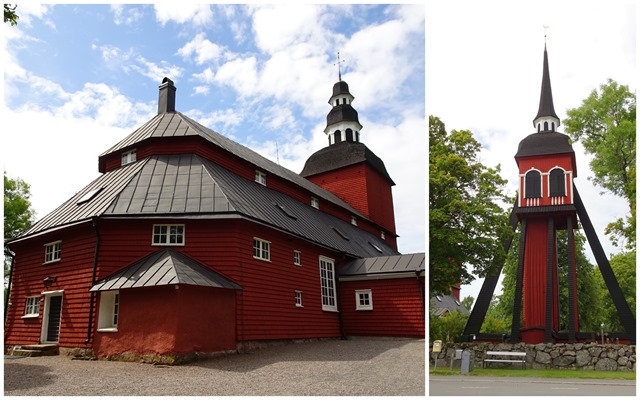 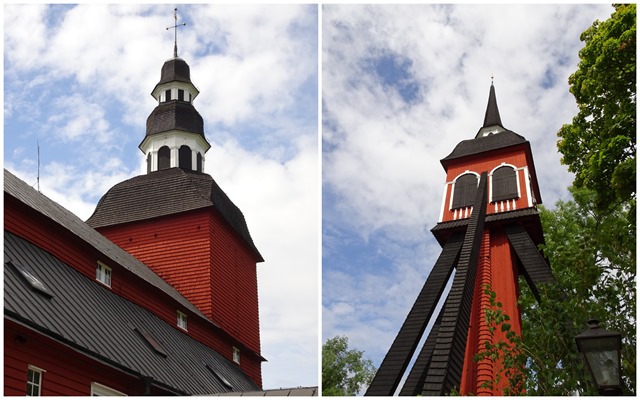 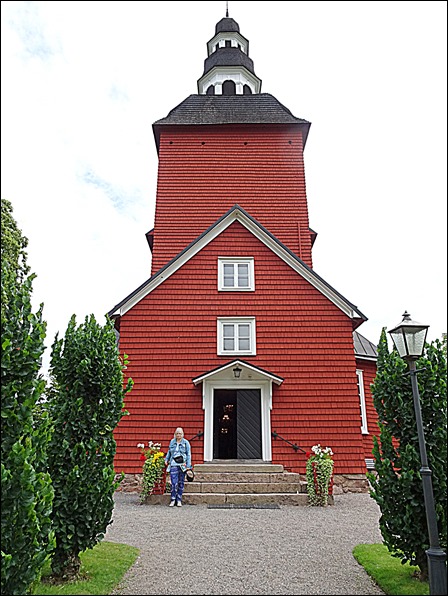 The inside of the church was decorated in 1741 – 1743 by two painters from Jönköping, Johan Kinnerus and Johan Christian Peterson. (Cf. my post last week from Brandstorp Church, another of the old wooden churches in this area.)  It’s a real challenge for an amateur photographer to do justice to!

The paintings in this church cover the walls as well as the ceiling, and are illustrations to Martin Luther’s Cathecism. Besides the common themes of the crucifixion and resurrection there are paintings representing the ten commandments, and church rituals like baptism, confession, communion, the Lord’s Prayer, and the Old Testament blessing. 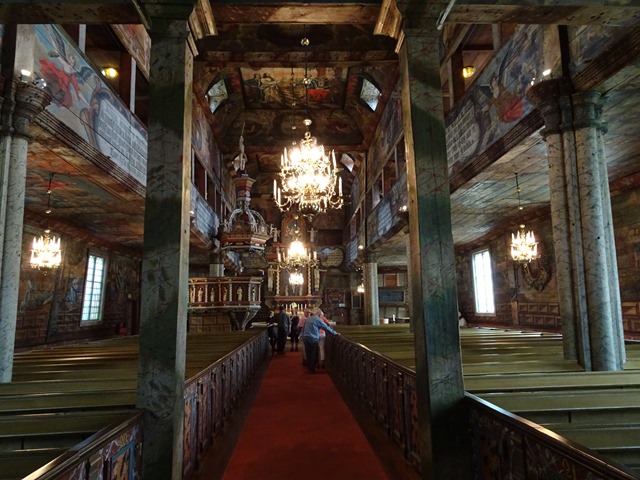 The architecture of the church reflects the old class society from previous centuries. The rich landowners had their own boxes (six of them, on both sides of the altar at the front) to separate them from the lower classes. (They even had their own entrance to the church.) The farmers sat in the pews in the front of the church; the poorer crofters at the back; and the upstairs galleries along the sides were for farm-hands and servants. 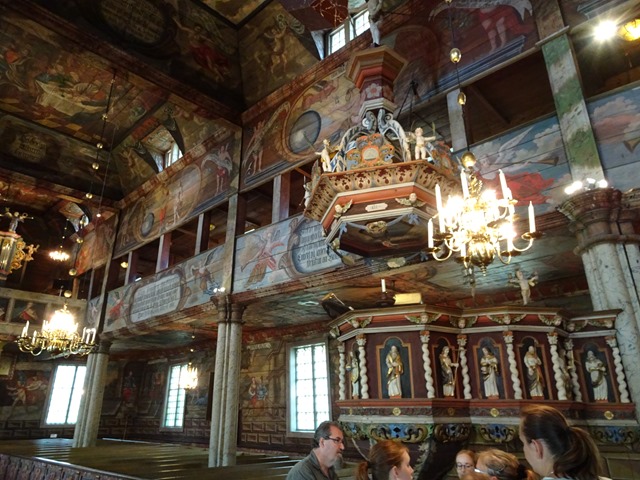 The pulpit was made in 1723 and is decorated with sculptures of Jesus and the twelve apostles. 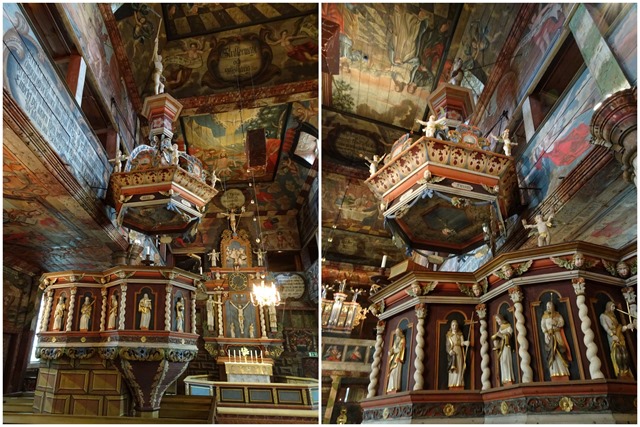 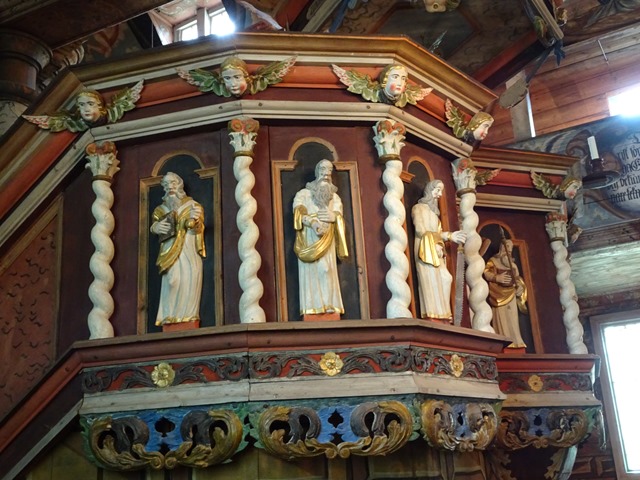 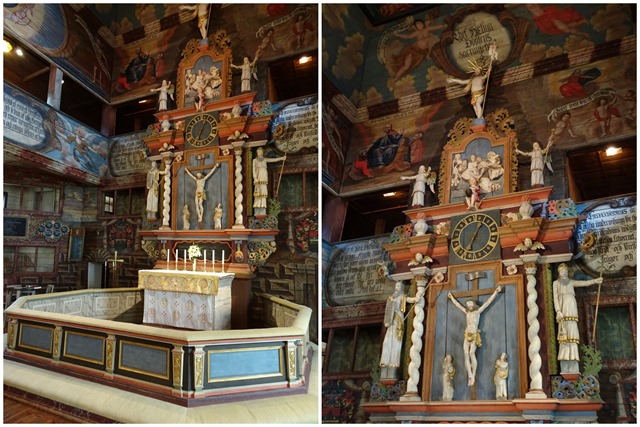 The altar is made of sandstone and is from the 1300s. In a restoration of the church in the 1700s, a shrine was found inside the altar, and inside it a piece of parchment which stated that the altar had been consecrated by a bishop in the mid 1300s. 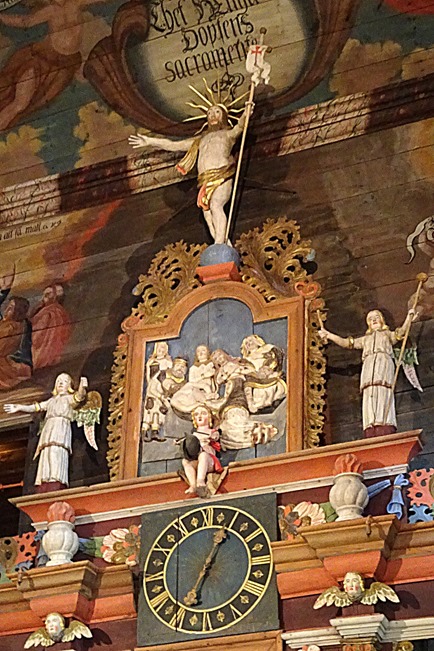 The clock included in the altarpiece is unique. It was built in Jönköping in 1750 and only has an hour-hand. The clock can be heard ticking in the church and every half-hour the boy on top strikes a bell with his hammers. 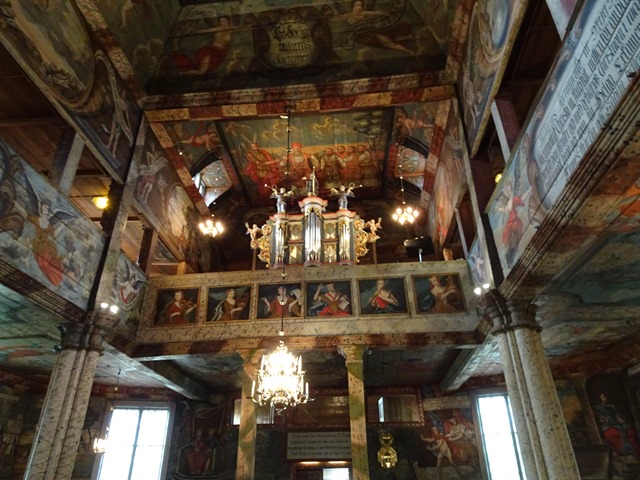 The front of the organ is from the original organ built in 1736. 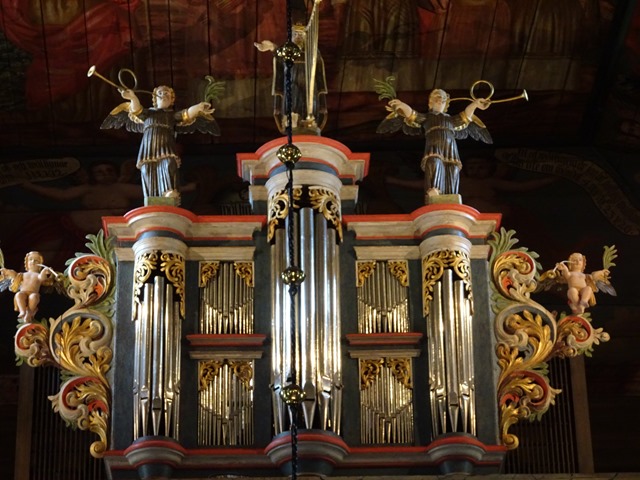 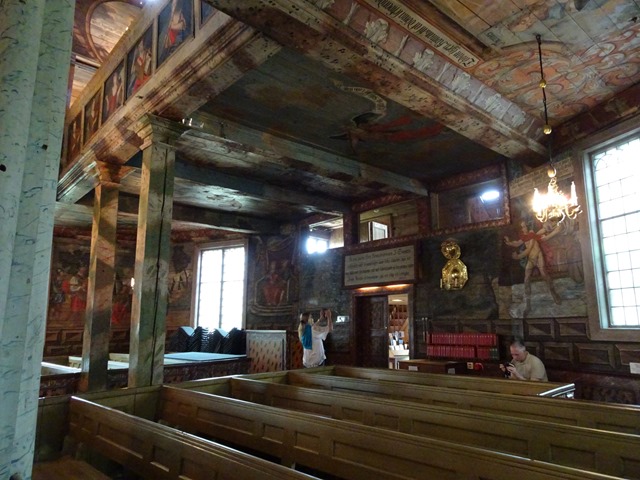 From the back of the church (beneath the organ) 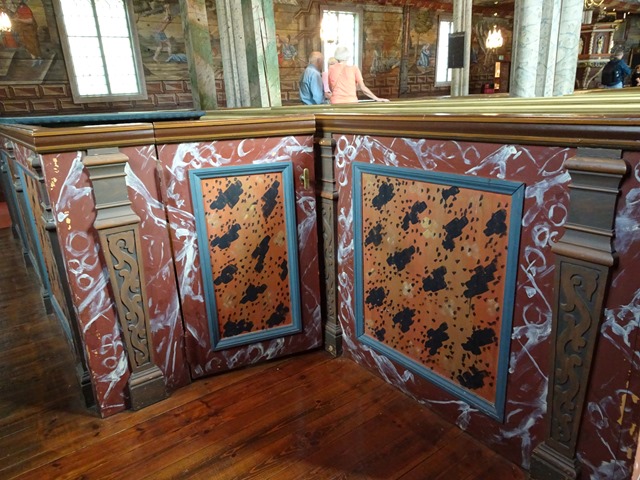 All the pews are decorated, too. 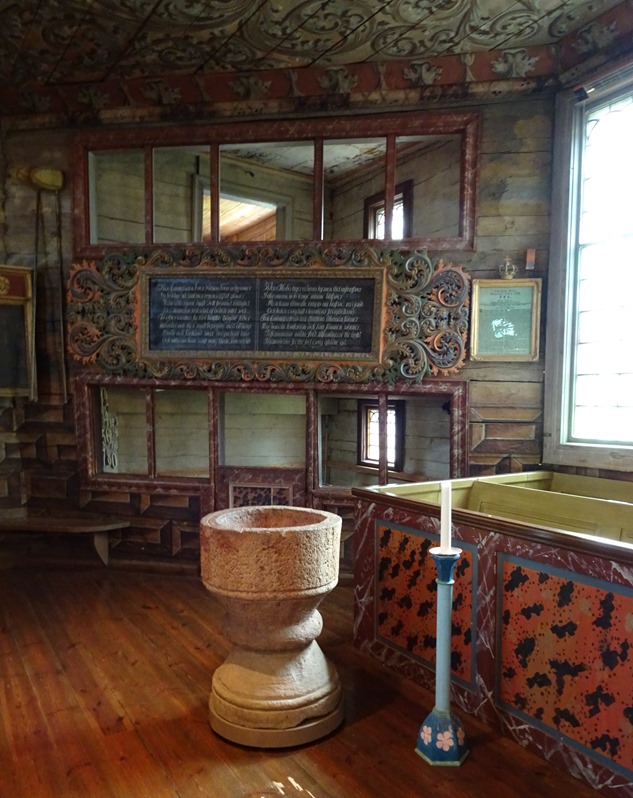 The baptismal font made of sandstone is the oldest object in the church and dates back to the mid 12th century. Back in those days, babies were immersed in the font when they were baptised. The water used in the basin was let out through a hole at the bottom. 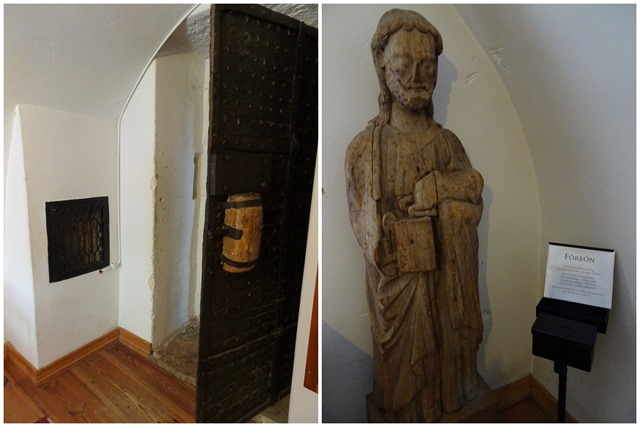 The medeival stone sacristy is nowadays a prayer/meditation room.

The church is still a “living” church and not just a museum. Services are held here most Sundays. But the church is also kept open daytime on weekdays throughout the year for visitors.

Posted by DawnTreader at 20:43