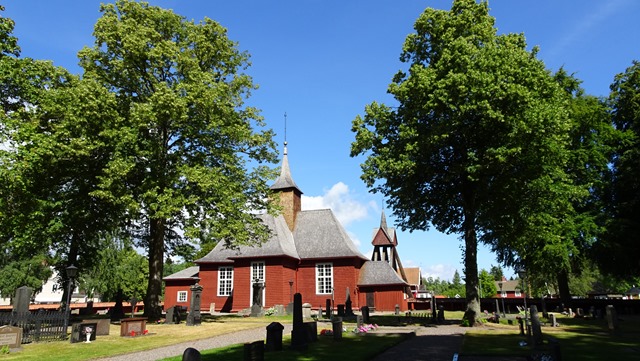 Another church from our trip around Lake Vättern at the end of July.

The Church at Brandstorp is a wooden church, built between 1694-1698. (Before that, there was a smaller wooden chapel in the same place.) The shape of the church is that of a Greek cross, with four “arms”. On the outside, the walls are covered with woodchips and painted red. It has been through a number of renovations over the centuries. In the late 19th century, it is said to have been “modernised” and painted yellow; but in the 20th century, again restored to its original colours. 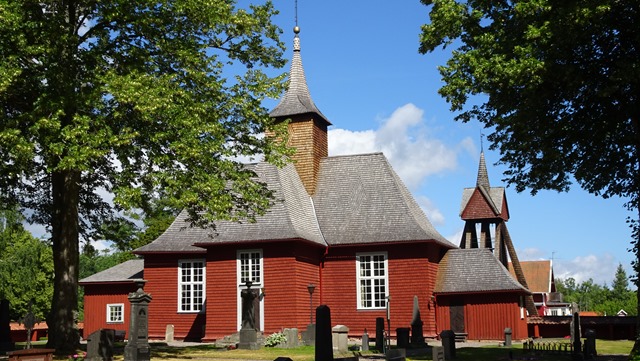 Like some of the other churches we saw in this area, it has a separate bell-tower; added in 1708. 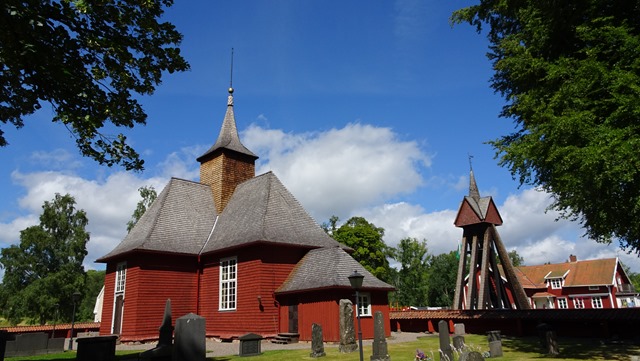 The churchyard is surrounded by a rather unique kind of timbered fence/wall. 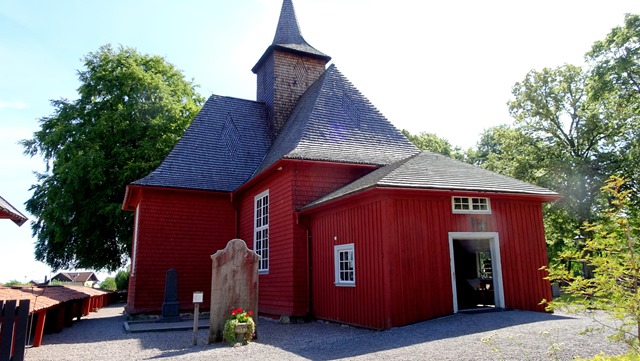 There was a church service going on inside when we arrived, but we could hear that they were close to the end of it, so we waited outside until people were coming out… Then we went inside to have a look. The ceiling was painted in 1748 (by a painter named Johan Kinnerus, from Jönköping). 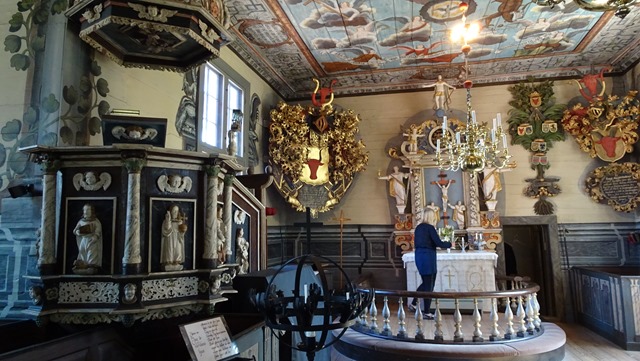 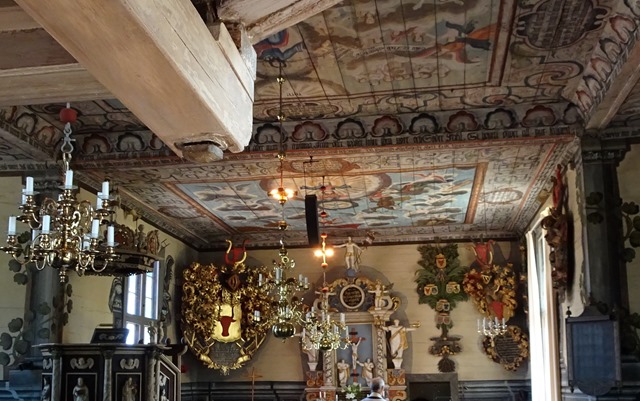 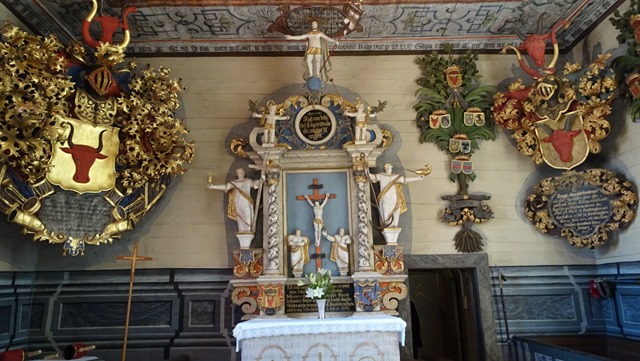 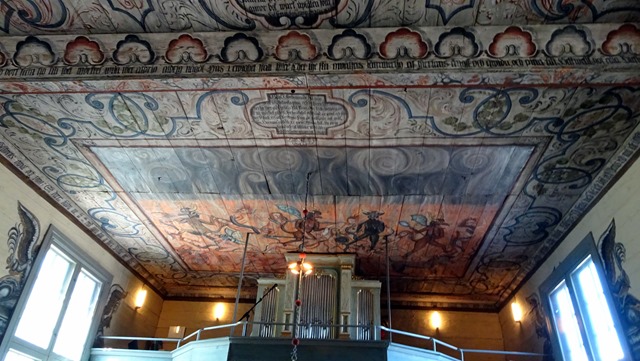 Posted by DawnTreader at 16:51