Postcards for the Weekend – Mail Service 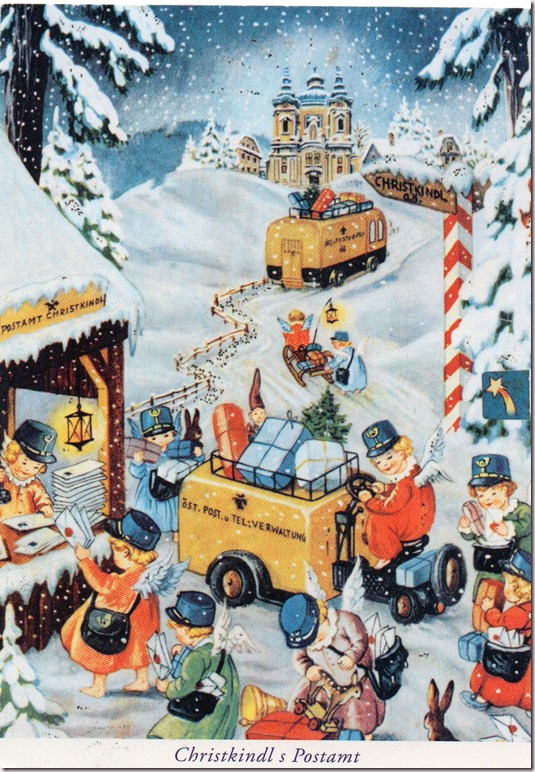 One of my first received Postcrossing cards in 2018 apparently came straight from Postcrossing Heaven… Not only does it show “Christkindl’s Postamt”, but it was also sent from a Christmas Postcrossing Meetup, in Austria – dated 23rd December 2017 – and signed by some fifteen or more postcrossers. What a treasure!

A Ramble about Stamps

(Feel free to skip this if numbers give you headache…) 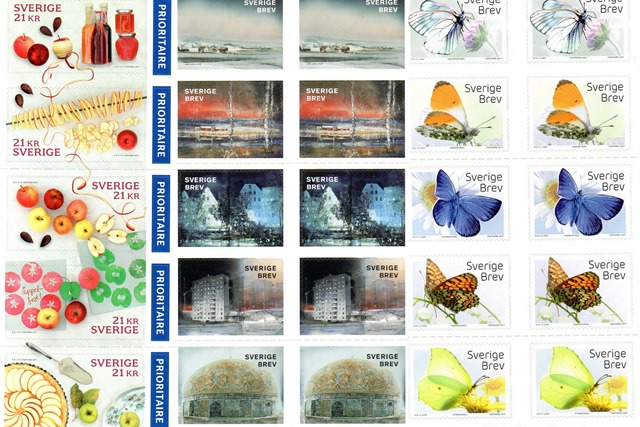 Shortly before Christmas, I read somewhere that there was to be another increase in postage rates in Sweden from 1st January. The impression I got was that both domestic and international postage was to go up. In 2017, international was already increased twice, and went up from 2x to 3x that of a letter or card within Sweden. If the same pattern was to be applied for 2018, that would bring the cost of sending a postcard abroad up to a quite ridiculous level! However, after last years’ changes, I didn’t put it past them…

On the official website, there were no details to be found yet. But I decided to stock up an extra supply of domestic stamps (‘1st class’) at the old price (7 kr), as they would not only still be valid but even increase in value (to 9 kr) in 2018. (These have no value printed on them, just “Sverige Brev” – Sweden Letter. But can also be used together with other stamps to make up international postage, at whatever they happen to be worth at the moment.)

When I checked again after New Year, it was actually Good News for me - on the international front. Turned out that it was only the domestic postage that had gone up (from 7 to 9 kr), while the international remains unchanged (for now) at 21 kr.*

This means that for me, to send a postcard abroad may even be cheaper for a while. (Are you still with me? I’m having difficulties myself! But if I use wisely the stamps bought at 7 kr before New Year, but now worth 9 kr…)

(Please don’t tell PostNord. If they’re made aware, they might panic!)

Postcards for the Weekend 67: Anything You Wish

Posted by DawnTreader at 17:09