A Breath of Air 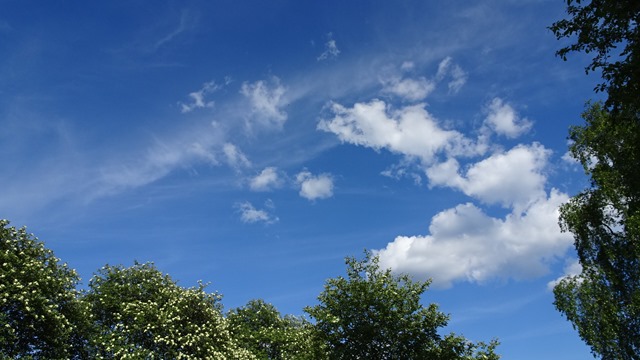 Never think of air as “nothing”. You’ll miss it when it’s not there!

In the midst of the long spell of warm weather we’ve been having in May (I think three weeks now, and still going on), the ventilation in my building has been off, as they’ve been working on installing a new ventilating fan up in the attic. In the meantime, we’ve had to keep windows and balcony doors open to let in fresh air. I suppose the timing could have been worse – but it’s still been a rather trying experience. The lack of fresh air and air circulation has been noticeable; and with open doors and windows, and all the kids of the block spending the afternoons and evenings outdoors (on the lawn on the balcony side of the building), it gets very noisy too.

Normally, I can shut out a lot of noise by closing the windows and balcony door. But these past few weeks, closed doors/windows has also equalled “no air”… So headaches whichever option one chose! (And I haven’t got the stamina to keep out and away all day myself either – especially not late into the evenings…)

I’m not writing this to complain, though – just to say that I’m now drawing a sigh of relief! … Because yesterday when I came back home (from spending the afternoon at the lake), I noticed when I came in that the flat actually felt rather nice and cool and “airy”… And soon understood that yay, ventilation was back on!

It’s not “air conditioning” as such (i.e. not controlling the temperature). I suspect it’s still likely to get too hot in the flat sometimes, especially if the nights get sultry as well (so far the nights have been rather cool even if hot in the daytime). But for now at least, I find myself just happily taking deep breaths of air even indoors : )

Posted by DawnTreader at 22:39