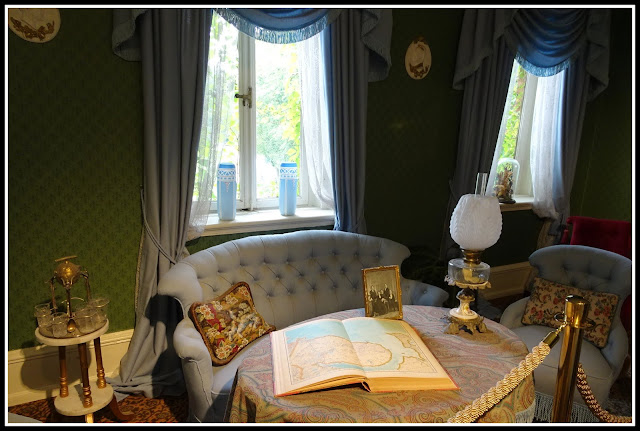 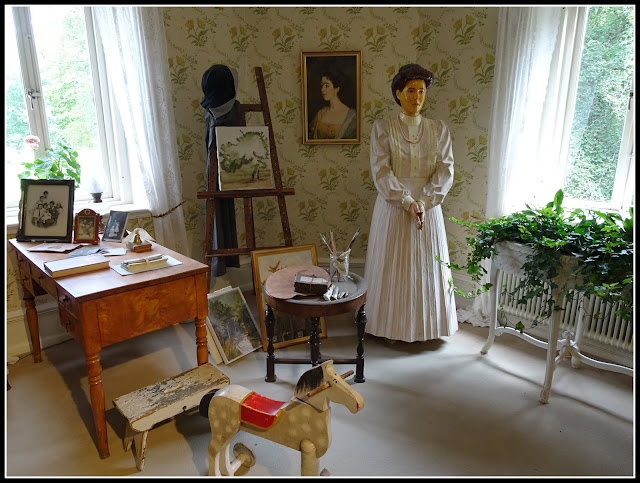 Sofiero used to be one of the Swedish royal family's country mansions. It was built in the mid 1860s for Crown Prince Oscar and his wife Sophia. In 1905, they gave it as a wedding gift to their grandson Gustav Adolf when he married his first wife, Margareta from England. They had five children together before she died in 1920. In 1923, Gustav Adolf got married again, to Lady Louise Mountbatten from England. In 1950, he became King of Sweden (Gustav VI Adolf). He still liked to spend the summers at Sofiero, until his death in 1973. But when he died, he left the palace and park to the city of Helsingborg to be enjoyed by the general public. 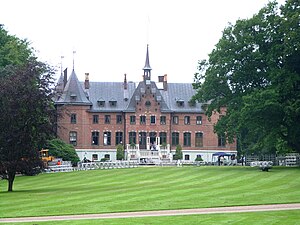 Image of the palace from Swedish Wikipedia

The palace is surrounded by a large park with lots to explore. Inside, there is a restaurant and café, art exhibitions, and also a museum showing a bit of the history. I liked the rooms above for the details bearing witness to the palace having been "loved and lived in" - books read, travels planned (the atlas), creative talents explored, children playing...
Posted by DawnTreader at 07:00