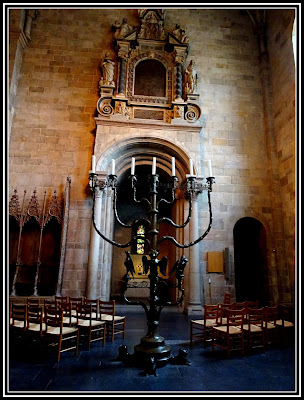 The seven-branched candlestick is to remind of the Menorah in the Temple in Jerusalem. The one in Lund Cathedral is from the 15th century and made of bronze. It was made in Hamburg and was transported to Lund in three parts. 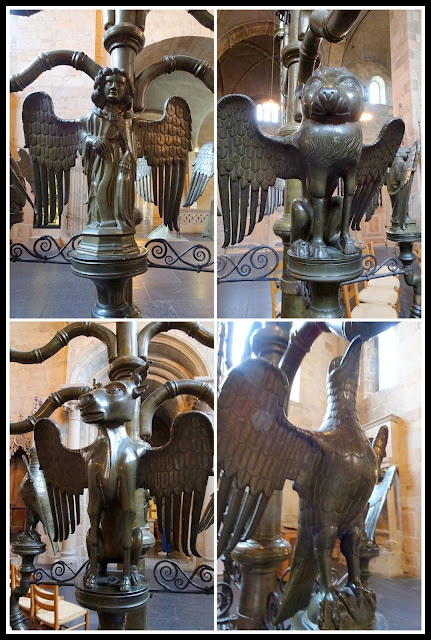 The four figures at the bottom are the traditional symbols of the four evangelists in the New Testament: Angel (Matthew), Lion (Mark), Ox (Luke) and Eagle (John).

A similar scene is described in the Book of Revelation in the New Testament: "In the center, around the throne, were four living creatures ... The first living creature was like a lion, the second was like an ox, the third had a face like a man, the fourth was like a flying eagle." (Revelation 4:6-8)


Very early on in Christian tradition, these creatures became symbols of the authors of the four gospels in the New Testament.