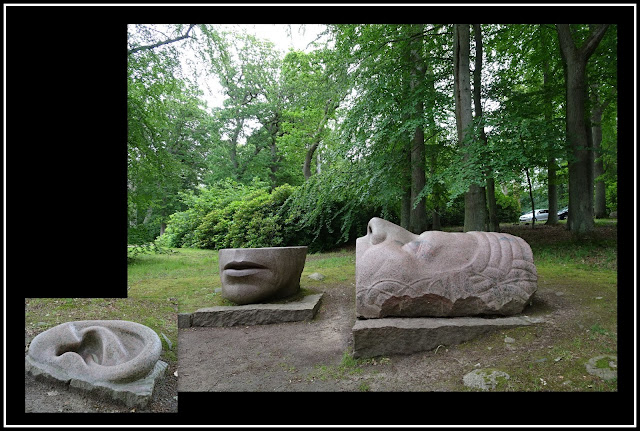 
This sculpture is in three parts. The ear was lying further away from the other two parts - too far apart for me to catch all three in the same photo, so I made this collage. When I was there, I had no idea what it was supposed to symbolize. I still don't, really - but I managed to find that the artist is a Canadian, George Rammell, and the sculpture (entitled something like "spirit of the tumulus") inspired from old Norse mythology, and the giant Ymer (Ymir). To cut a long story short, the world was created from Ymir's dead body.