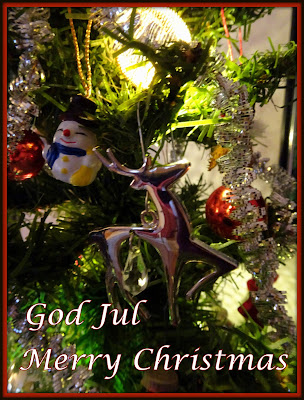 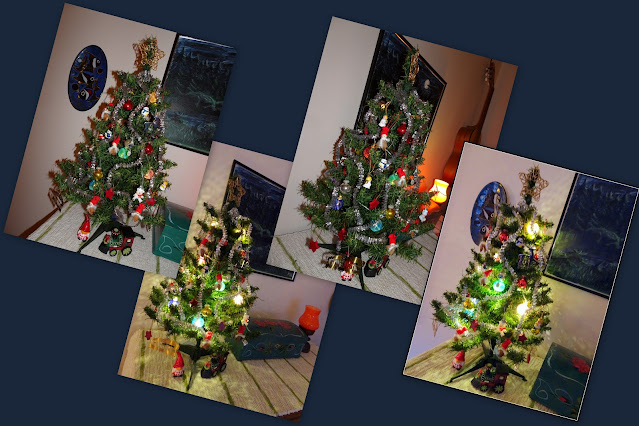 Taking photos of my little Christmas tree is quite a challenge - with or without flash! This is the tree's 35th Christmas with me. I remember when I bought it (and also where), as it was for the first Christmas after I moved to Borås. 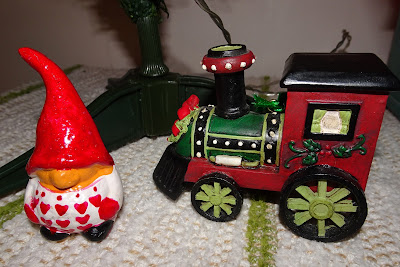 The locomotive under the tree is a one that I once gave my dad for Christmas - he was a big railway/train enthusiast (he even wrote books on the topic). I found it when we were clearing the house after he died and then took it home to add to my own Christmas stuff. The elf came with some Christmas flower arrangement at some point in history, I don't remember when. He decided he likes to live under the Christmas tree with the locomotive. 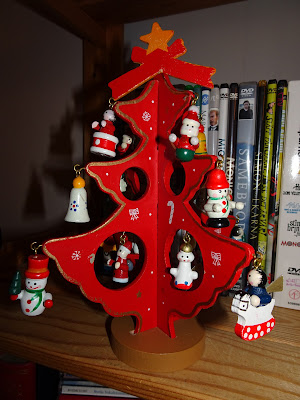 I have another Christmas tree (even smaller), which for some reason is red instead of green. I bought that one perhaps a couple of decades ago, in an ordinary Swedish department store. Not sure where it was made, but the tiny wooden ornaments look 'German style' to me.