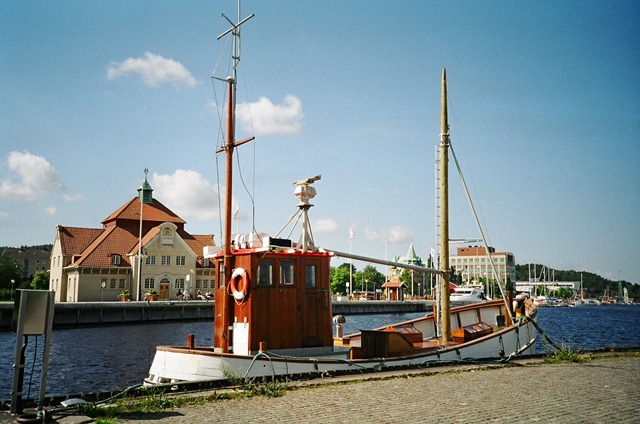 Uddevalla is a town of around 31 000 inhabitants situated on the West Coast of Sweden, in the province of Bohuslän. Bohuslän is known for its rocky shores, and the beaches of Uddevalla are filled with seashells.

Uddevalla has one of the largest shellbanks in the world, a remain from the last glacial period.  Subfossils from more than 103 species have been found. Due to the lime-rich soil there is a unique flora and fauna in the area and it’s a habitat of many different butterflies. 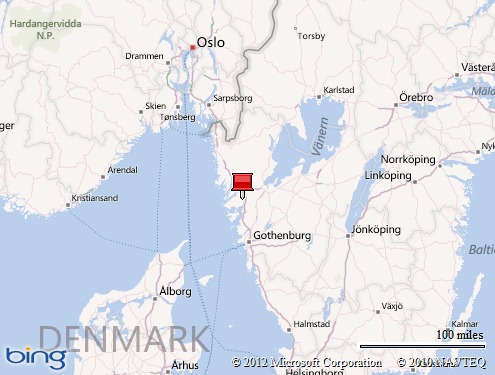 Uddevalla got its city rights in 1498 but was probably a place of trade long before that. Historically, the town was often besieged and changed nationality several times between Norway, Sweden and Denmark. 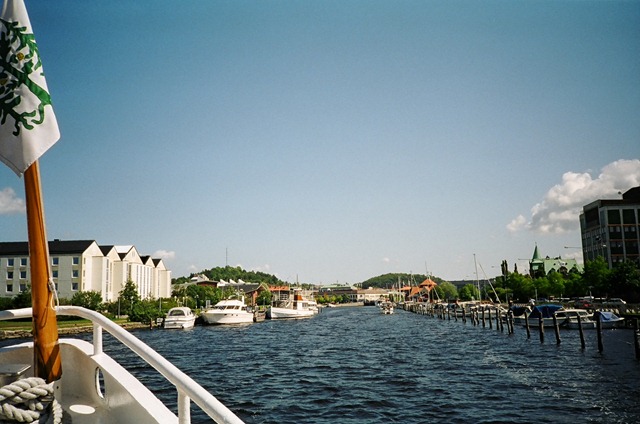 In the 18th and 19th century, Uddevalla's main importance lay in its herring fishing. 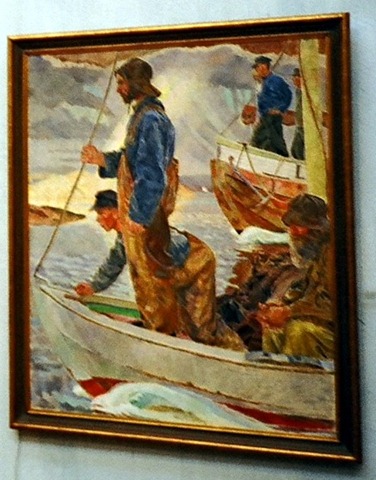 Sometime around 1870-1880, Uddevalla began to attract industries. Uddevalla has a small port and once hosted a large shipyard. This was closed in 1985 in connection with general recession in Swedish shipyard industry. 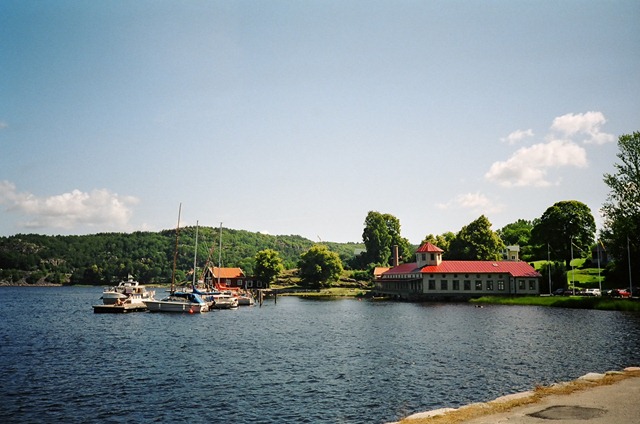 ▲ The health spa resort Gustafsberg is said to have been the first of its kind in Sweden. The old bath-houses still remain and have been turned into a hostel. 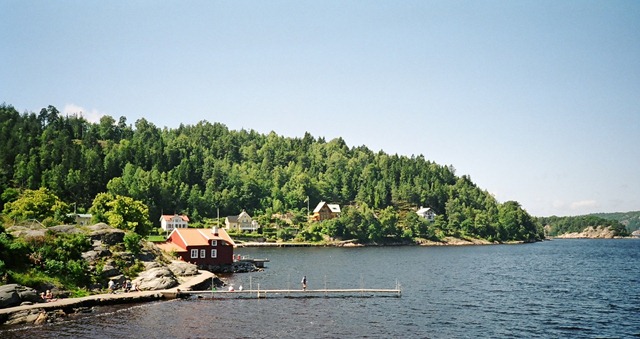 From the town, you can take a tourist boat to the old spa resort, or to islands off the coast. 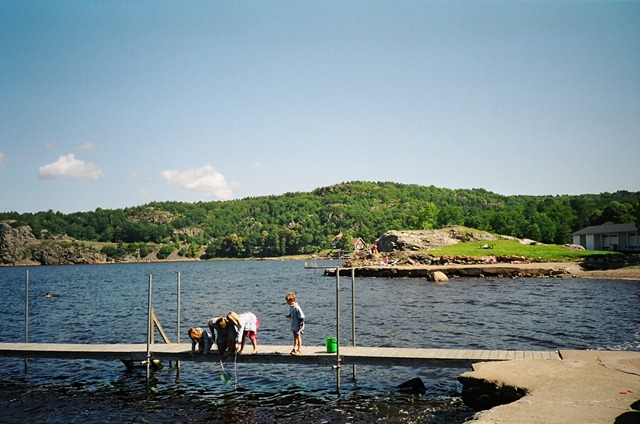 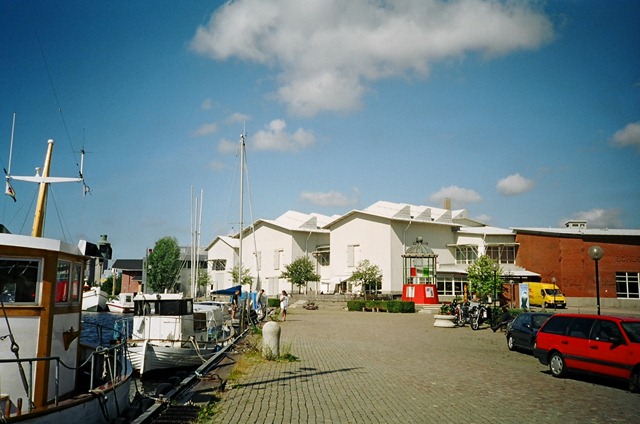 In Uddevalla, you will also find Bohuslän’s Museum, which has about 300 000 visitors per year and is renowned for its generous opening hours and free entrance.

Most of the photos in this post are my own, from a holiday visit to Uddevalla in the summer of 2004.

Only the two pictures from the Shellbank Museum were copied off a tourist website, because I didn’t go there. 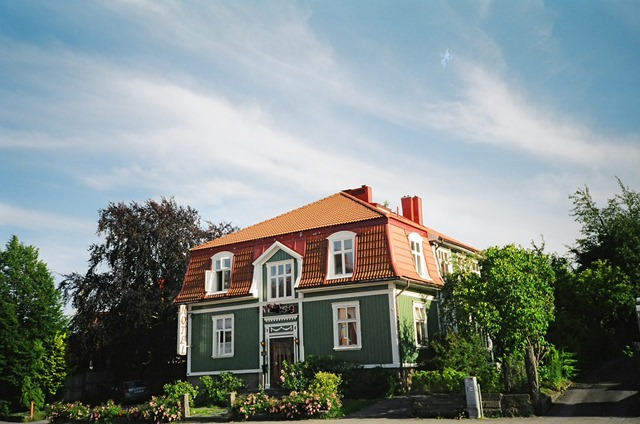 I stayed three or four nights at a small bed & breakfast hotel, looking idyllic on the outside, but rather reminding me of Fawlty Towers. (I blacked out the real name here, since it’s been eight years, and much may have changed since then.)

I remember that when I arrived in the town (by train) the rain was pouring down. Only one of my three days was sunny (and even then not very warm). That’s when I took a boat trip to Gustafsberg, the old spa resort, and snapped the few sunny photos. 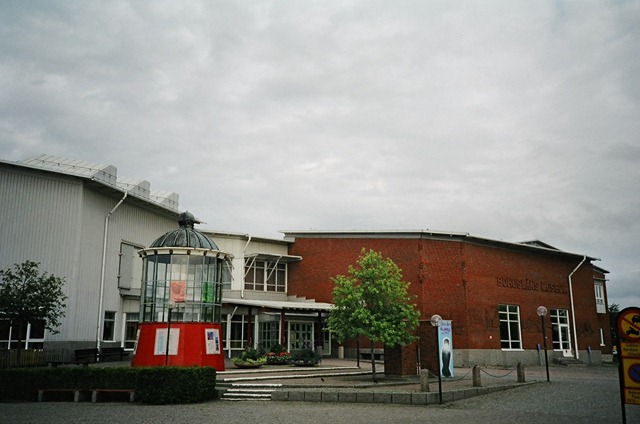 The other days, I spent a lot of time inside the museum! - very thankful for the free entrance policy, which allowed me to come and go as I pleased… 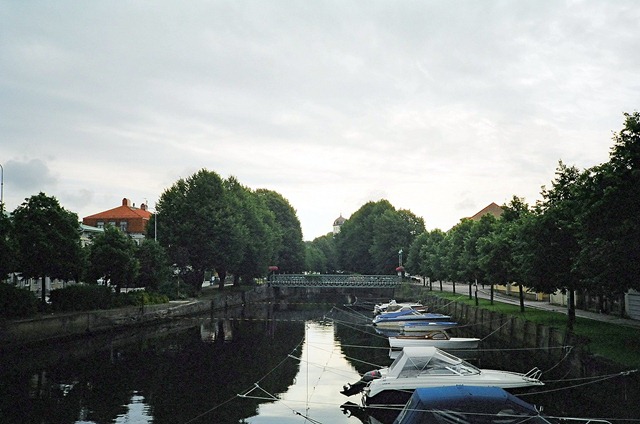 This was before I got a digital camera so the photos were taken with my Olympus XA2.

And those were the days when from a three-day-trip one came back with only a dozen or so photos, rather than at least three hundred ;)

Posted by DawnTreader at 19:30