‘Xcuse me please, but there are no places in Sweden beginning with the letter X. But the town where I live is part of a historically interesting teXtile industry district – and does it really matter where in the word the X appears?

Yesterday my aunt and uncle were visiting, and they wanted to take me and a friend of my aunt’s out to lunch. They had a place just outside town in mind. But as it happened, we missed an eXit or two, found no place to turn the car around, and ended up on an eXcursion further on into the teXtile district instead.

At Rydal there is an old cotton spinning mill that has been turned into a museum: 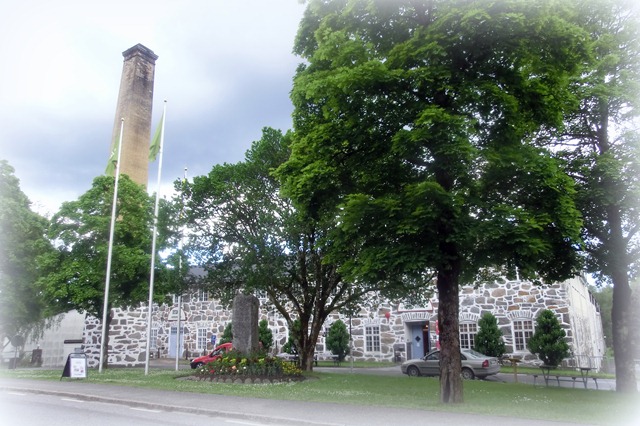 The mill was built in 1853. Rydal is also where the first hydro-electric power station in the country was built, and this mill was the first building in Sweden to have indoor electric lighting. 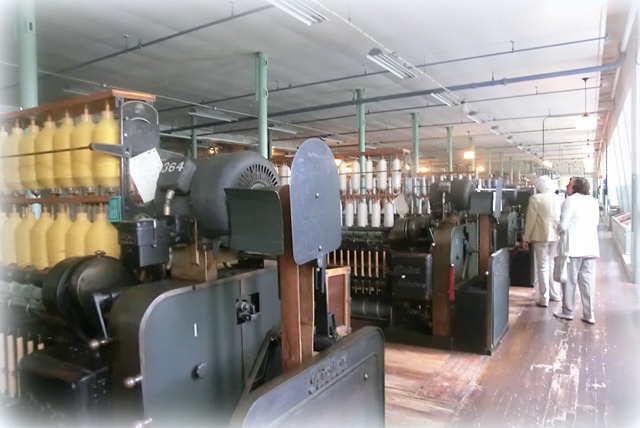 Just now there is an eXhibition of Swedish Design from the 1960s and 70s going on. This is an eXhibition I also saw last year at the Textile Museum in Borås. So I recognized a lot of the objects, but since they were hung and eXposed quite differently here, it still did not feel quite like a repetition. 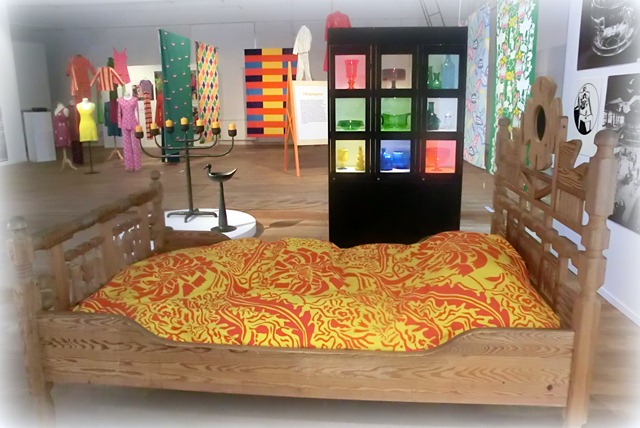 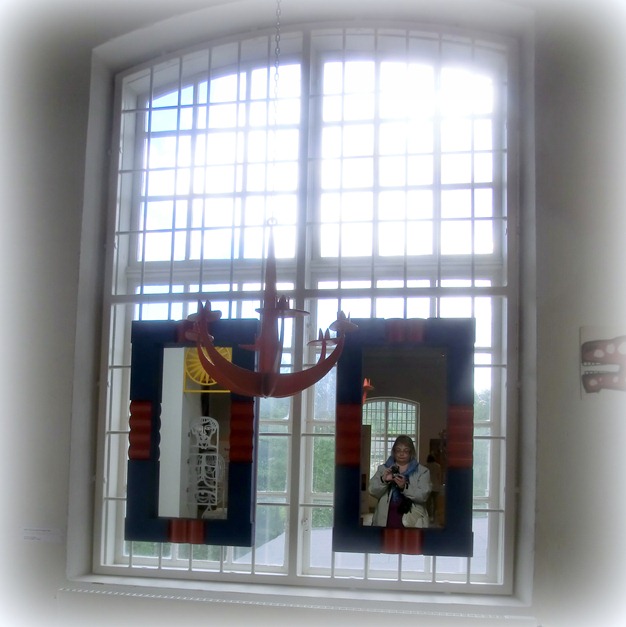 That’s my refleXion in the mirror to the right!

As eXtraordinary as some of the eXhibited objects were, we did not linger too long, because by now we were getting eXcruciatingly hungry!

As the inn across the road from the museum did not serve lunch eXcept if one had made reservations in advance, we had to go on to the neXt small town to find a place to eat. But when we finally found a café named Tailor’s Shop (Skrädderiet) in Kinna, it proved worth the wait. 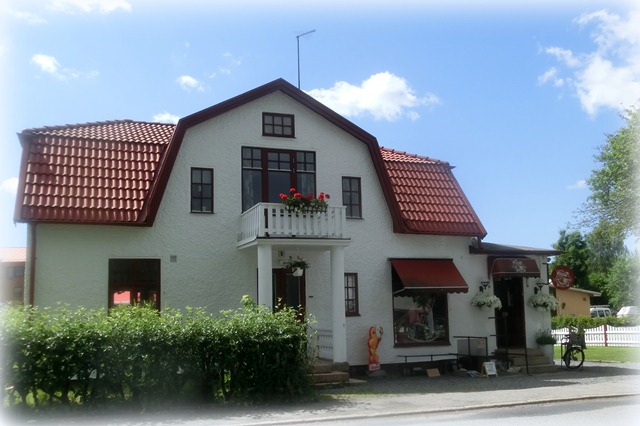 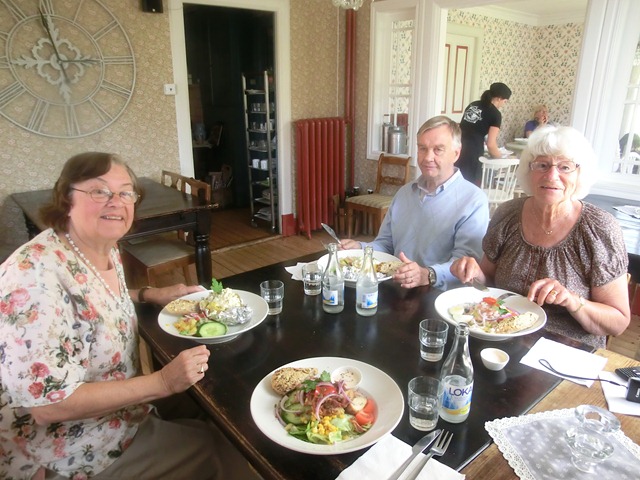 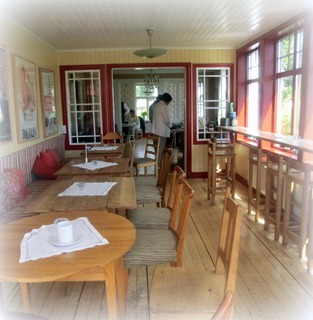 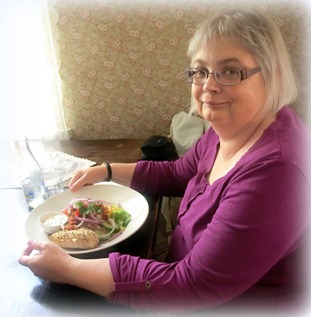 The eXterior of the place looked very inviting too: 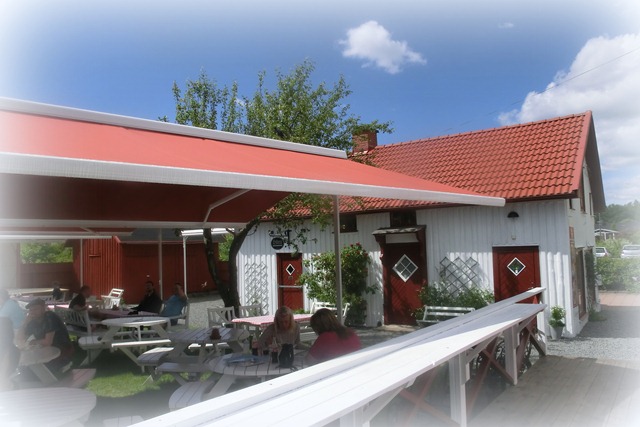 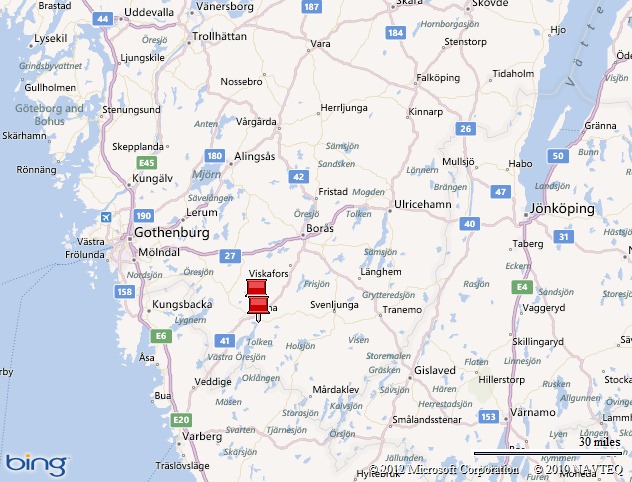 (I know, I know. There should have been Xs instead of pushpins on the map. I just didn’t know how…)

Posted by DawnTreader at 17:15