Of Birds and Windy Weather 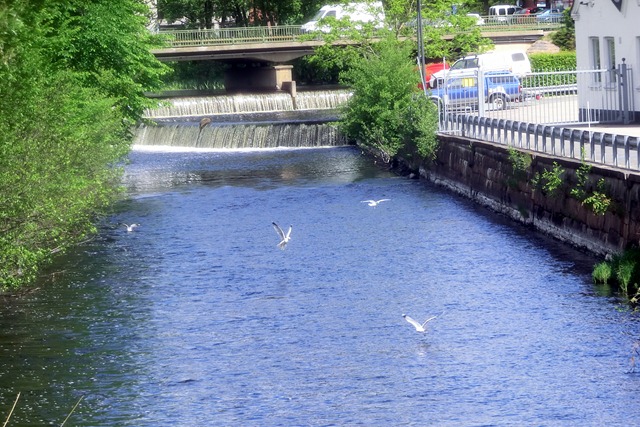 When was it I came close to complaining it was getting too hot? A week and a half ago?? The last few days I’ve been back to wearing a winter jacket! On Saturday for the opening of the sculpture biennal I took a spring/summer jacket, but so wished I’d taken a warmer one instead! So the next day I took one of the winter jackets out again. (Actually all my winter coats/ jackets are still in a wardrobe in the flat and usually never get put away any further than that. But I had “put them away” in the sense of giving them a brush and going through the pockets etc, and hoping not to need them again for another four months or so…) 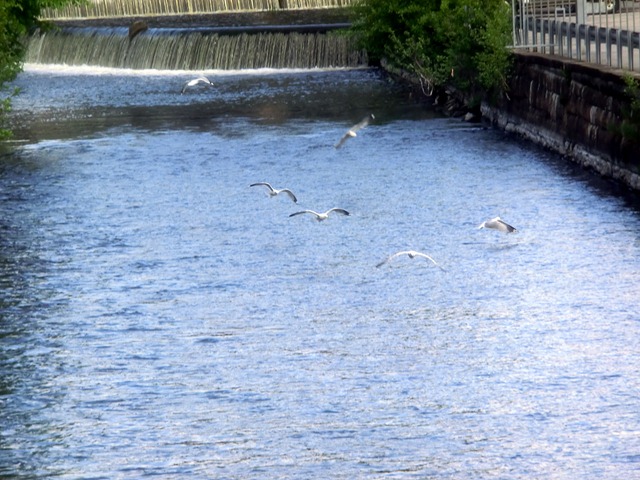 Walking home from the Supermarket on Sunday (with the warmer jacket on), I stopped for a while on the walkbridge over the river, put my groceries down, and watched the gulls playing in the wind. They certainly seemed to be enjoying it (the wind) even if I wasn’t… 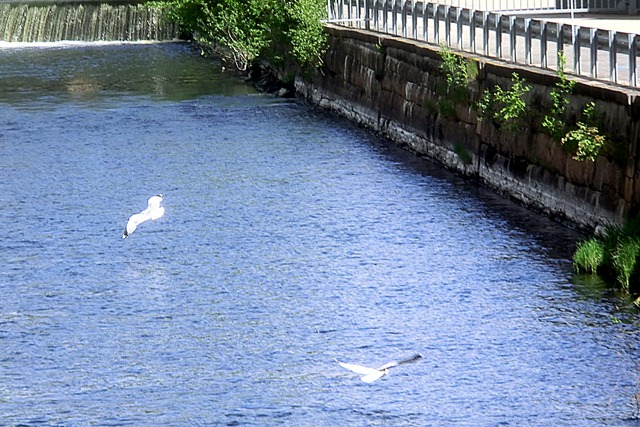 You who live near windy coasts and other waters that attact gulls, will know what I mean. They wait for a hard gust of wind, throw themselves against it, flap their wings like crazy… Sometimes they get lucky and manage to take advantage of it for elegant loops. At other times the wind gets too strong for them and they just look ridiculous, flapping away but being blown backwards instead. But they take it all with a laugh! 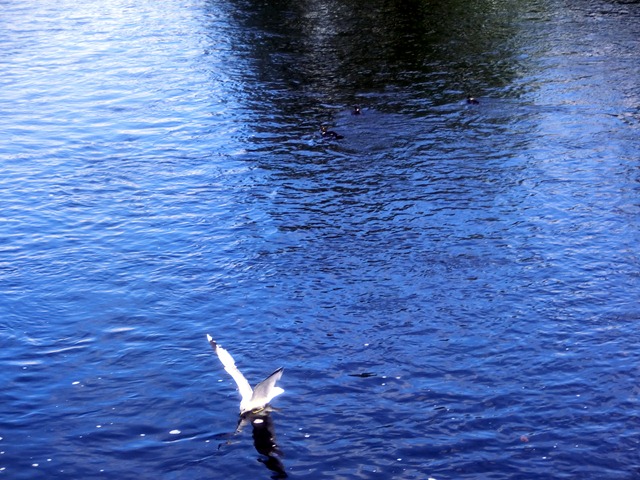 But the gulls can be bullies too… This one kept bothering a family of goldeneyes: 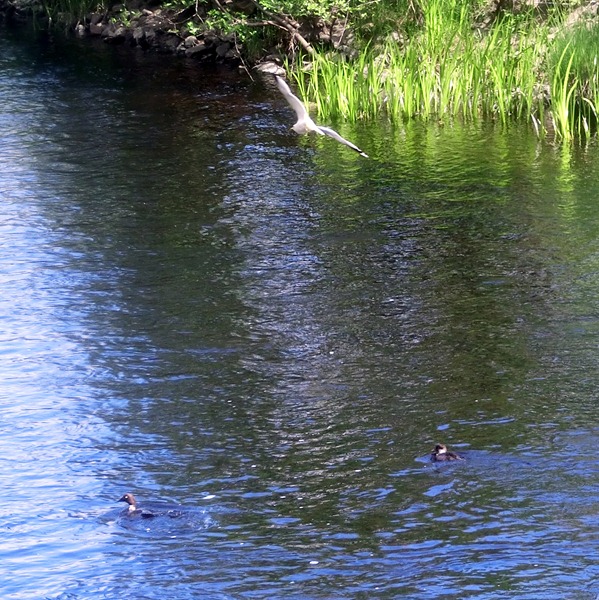 The goldeneyes I’m really happy to see, because when I started watching ducks from this spot in the river, three or four years ago, there was one pair of them, male and female, among a flock of mallards; but then the female disappeared, and for two years I kept seeing the drake alone; still keeping close to, but also some distance from, the mallards. He looked lonely! 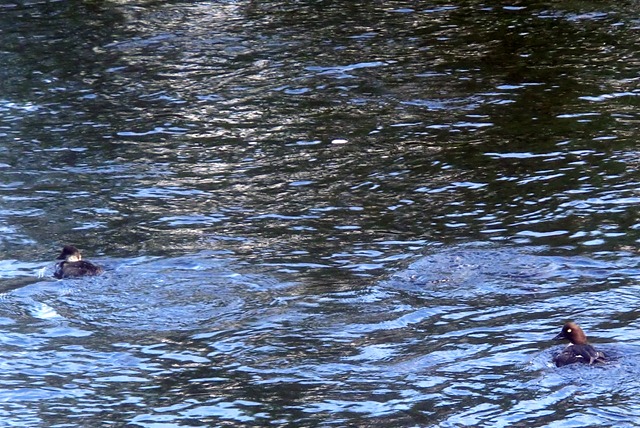 Now there is again a male and a female and I think I spotted some little ones too. It could be a different drake too of course, but in my imagination it is the same one who has found himself a new wife… 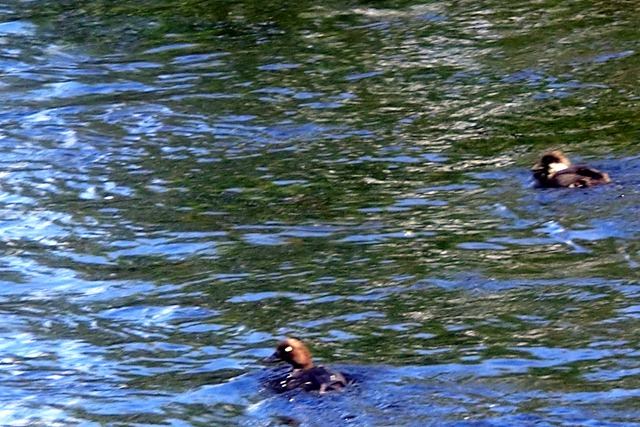 I’d still need an even better camera to spy on birds!

Posted by DawnTreader at 13:40