W for Varberg (Warberg) on the West Coast

Varberg (in the past also spelled Warberg) is a town in the province of Halland on the West Coast of Sweden with around 27,600 inhabitants. 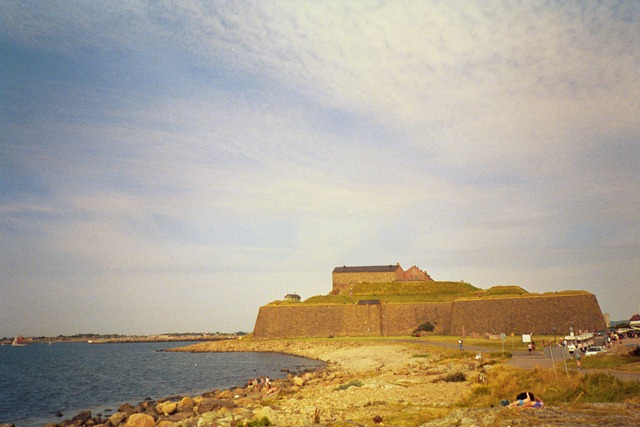 The fortress at Varberg, seen from the south

A fortress called Wardbergh, "watch hill", was erected in the 1280’s as part of a chain of military establishments along the coast, in what was then Danish territory. In 1645 the fortress became Swedish. It was used as a military installation until 1830 and as a prison from the end of the 17th Century until 1931. 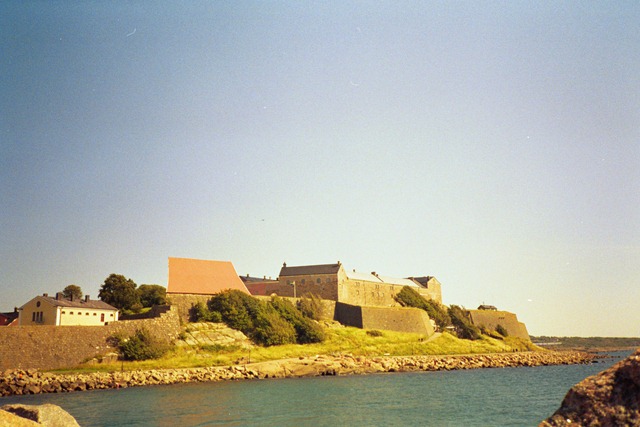 The fortress seen from the other side

The original castle has been added to through the centuries, with a variety of buildings. Today within the fortress you find museums but also restaurant, café and Bed & Breakfast as well as private accommodation. 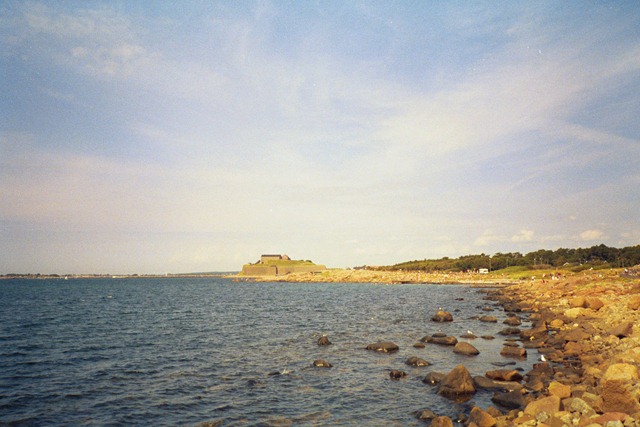 The province of Halland south of Varberg is known for its vast sandy beaches. In Varberg the coast changes from sandy to rocky terrain that continues north into the Bohuslän archipelago. In and around Varberg you can find both types of beaches. 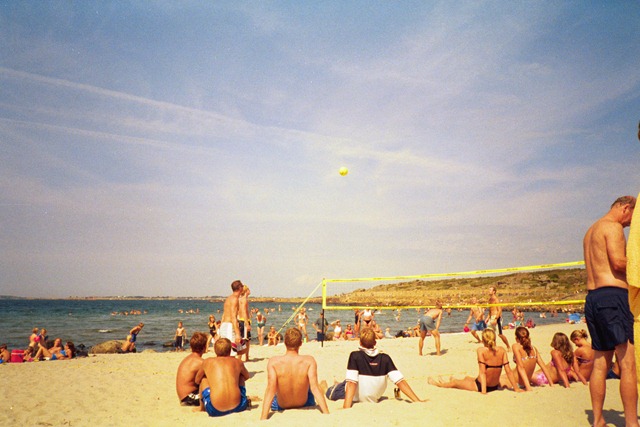 In the 1800s, spa resorts were becoming very popular. Many people had strong faith in the healing power of water, both drinking water from certain springs supposed to have a particularly healthy combination of minerals etc, and/or taking hot and cold baths. Varberg was one of the places that thrived on that reputation. (There was a spring/well with mineral water too, back then.) 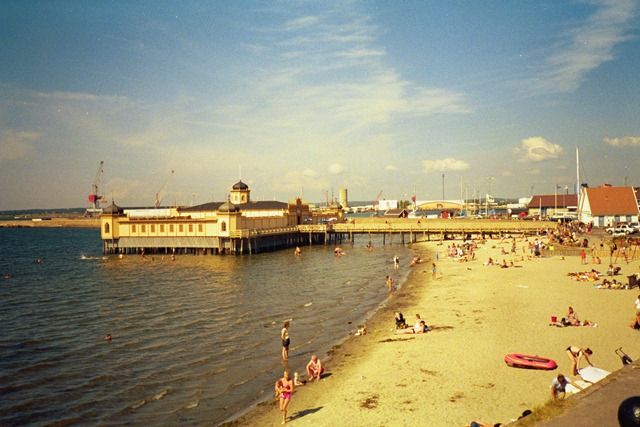 With steam boat traffic from Gothenburg in the 1850s, and the railway from Borås in the 1880s, Varberg’s popularity as a resort increased. In the mid 1920s, Varberg had the biggest sanatorium in Scandinavia. (sanatorium = hospital for recuperation and/or treatment of chronic diseases, especially tuberculosis) The old sanatorium is now a modern spa hotel. 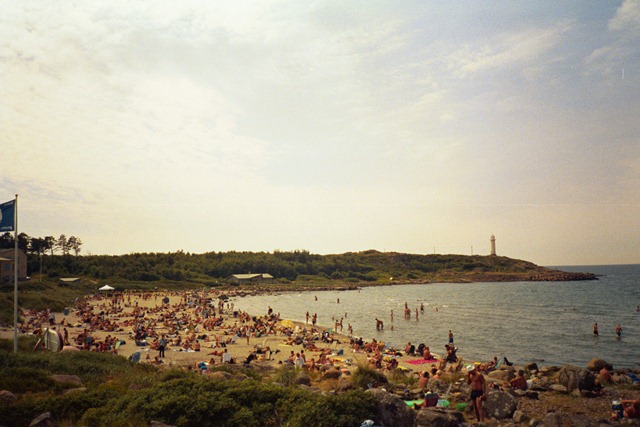 The beach near the spa resort (old sanatorium), looking south.

Varberg is still a very popular seaside resort in the summer, and many people from inland cities such as Borås (where I live) like to spend their holiday there; whether in cottage, caravan, bed & breakfast or hotel. 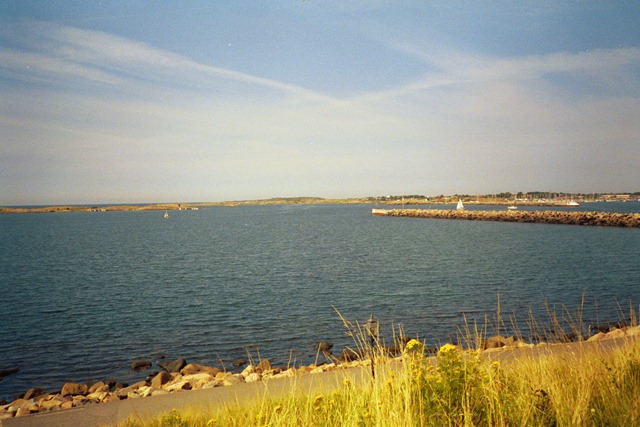 Two or three summers in the late 1990’s I got quite well acquainted with the walk/cycle path along the coastline at Varberg, between the fortress (which is quite close to the town centre and the railway station) and the beach at the spa hotel. One summer I stayed a few nights at the hostel/B&B within the fortress; and one or two summers when I had very little money to spend I bought a season ticket for the train and “commuted” between Borås and Varberg every other day or so – spending the nights in my own bed, and yet many days on the beach. That was before my current neck problems… Couldn’t do that now. (I was very lucky with the weather too, that summer when I went back and forth every other day.)