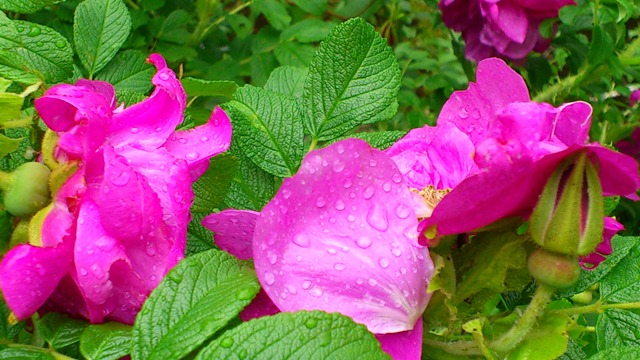 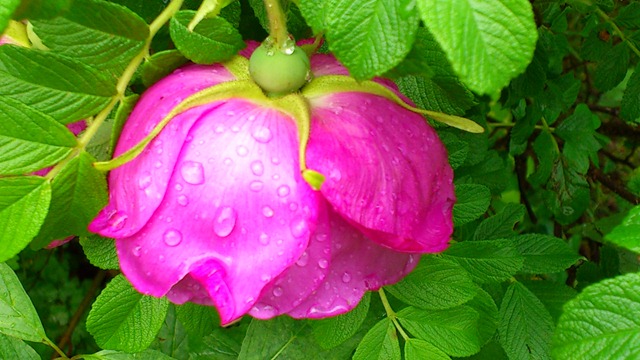 For Straight Out Of the Camera Sunday

I intended to write something witty here about how tired I’ve been today, but then I realized it won’t work in English. “sleeping like Sleeping Beauty” – sounds just silly, and not related at all to the photos… While in Swedish, the sleeping princess is called Törnrosa, and in German Dornröschen = Thorn-Rose…

Anyway, my Sleepy Sunday comes from a combination of raindrops on roses (as well as on everything else) and having had a rather busy Midsummer Friday and Saturday (together with my brother), including cracking our own da Vinci code, and perhaps even (fingers crossed!) a first step towards the process of selling the House.

The code-cracking had to do with dad’s filing system. He did a lot of railway history research in his day, and in July someone from the national Railway Museum will be coming to have a look at what might be of interest for them to preserve for the future. Hopefully it will be of some help that we managed to figure out dad’s system for cross-references to his photos!

We haven’t yet officially put the house up for sale - but on private request we showed it to a young couple this weekend. Early days… but there were some ‘good vibes’ and we’ll probably talk again.

Posted by DawnTreader at 21:58