V for Vänern and Vänersborg 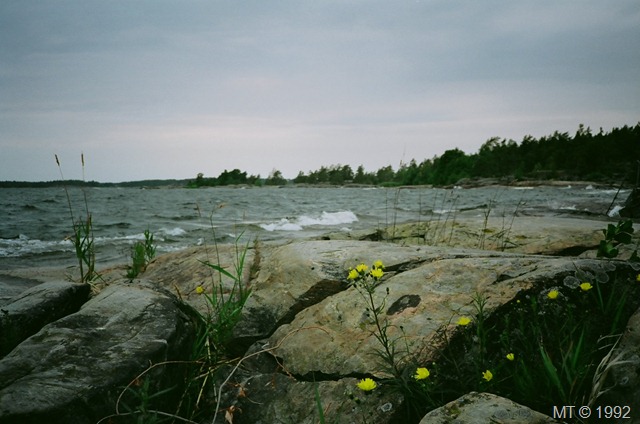 Geologically, Lake Vänern was formed after the last ice age about 10,000 years ago.

There are 22000 islands of various size in the lake, and many different fish species. Along the shores there are also some excellent beaches for bathing in the summer.

The lake’s main tributary is Klarälven, which flows into the lake near the city of Karlstad, on the northern shore. It is drained to the south-west by Göta älv. Thanks to the canal and locks at Trollhättan, quite large freightships are able to pass between Gothenburg (Göteborg) on the west coast, and Lake Vänern. 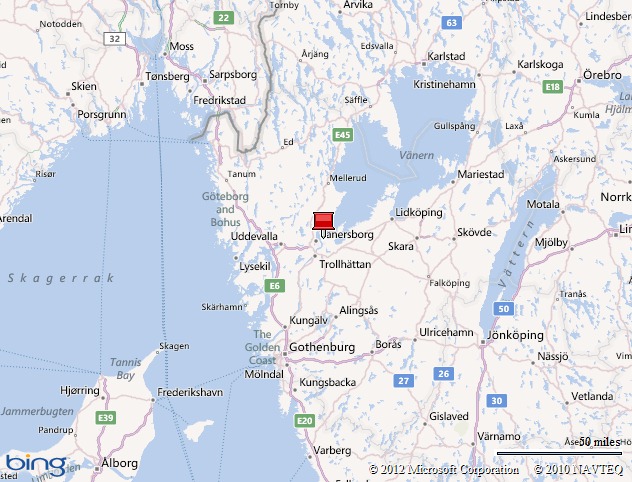 At the south-west end of Lake Vänern, at the river mouth of Göta älv, you find the town Vänersborg (see the red pin).  Having blogged about Trollhättan for T (my birth town) and Uddevalla for U, Vänersborg is sort of a given for V. For some purposes, these three towns form an administrative unit, and in that context they are often referred to as Trestad (Three-town).

The name Vänersborg means “fortress at Vänern".  There are no castle ruins to visit in the town, but there used to be an ancient hill fort at a mountain in the area - Halleberg. Nowadays better known as a good place for tourists to go looking for elks (moose).

Besides being a town of trade because of the position at the lake and river/canal, Vänersborg has long served as an administrative centre in the region.

A Swedish poet in the early 1900s nicknamed the town “Little Paris”.

I don’t have any particular memories from the town of Vänersborg; but in the summers we would sometimes go on an outing to one of the beaches along the shore of Lake Vänern:

The only photo in this post that is my own is the one at the top of this post, and that’s from the northern shores of Lake Vänern rather than the Vänersborg area.

I also lived ten years in Karlstad on the northern end of the lake, but that town deserves a post of its own (perhaps in the next ABC-round).

The rest of  the photos in this post are from Wikipedia and from badkartan.se

Posted by DawnTreader at 21:18