Today was the opening ceremony of the Sculpture Biennal 2012 in my town (Borås, Sweden).

When I set out from home around 10:30 AM it looked like we were going to have a sunny and fine day - but the wind turned out to be so cold I actually wished I’d taken my winter jacket! Brrr! And just as the opening ceremony started at noon, so did the rain…

I’m glad I went early because that gave me a chance to walk around and look at many of the sculptures before the “crowd” began to gather – and I even got a bit of blue sky in some of my photos. 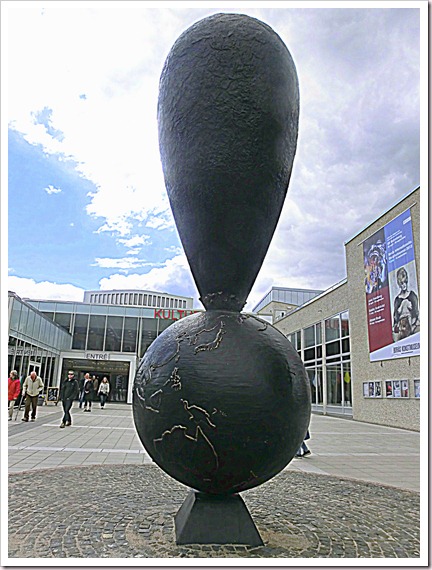 Most of the new/borrowed sculptures this time are displayed in and outside/near our Cultural Centre (the building in the background above), which was re-opened last autumn after a major renovation. The building houses the art museum, the town library and the town theatre. 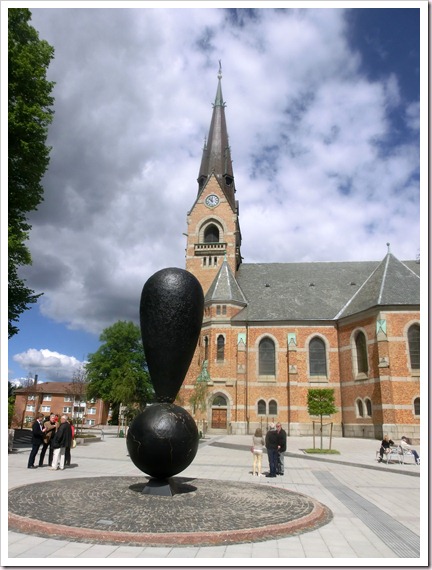 Opposite the Cultural Centre is one of two big old churches in the town centre belonging to the Church of Sweden, which used to be state church until church and state were separated in the year 2000.

In the Sculpture Biennal of 2012, the Cultural Centre and the Church are cooperating, and some of the borrowed sculptures are on display inside the church. 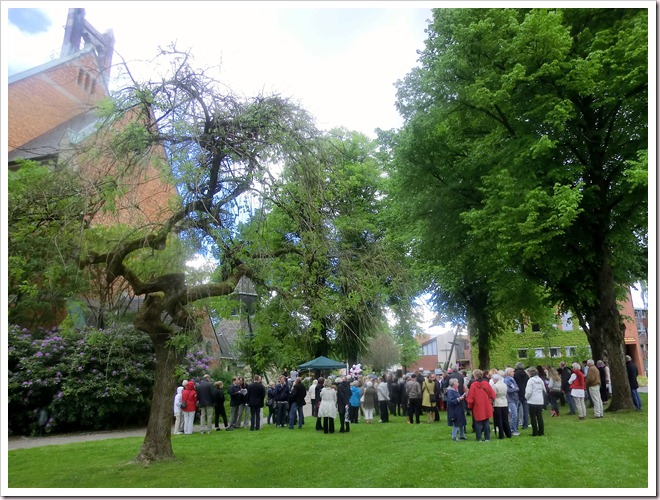 The Biennal opening ceremony took place in the little park behind the church. You can see from the way people were dressed that it was far from a hot day! 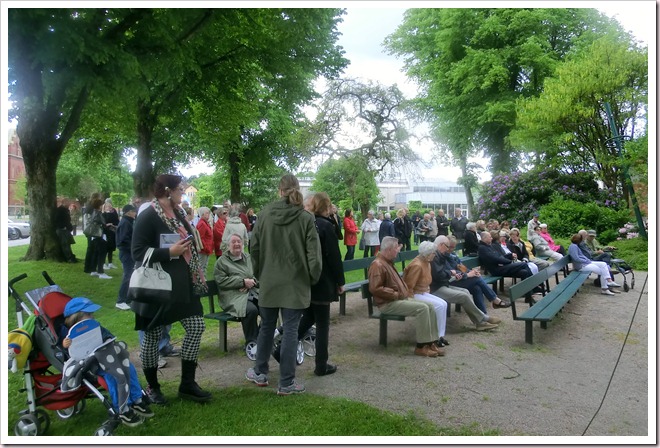 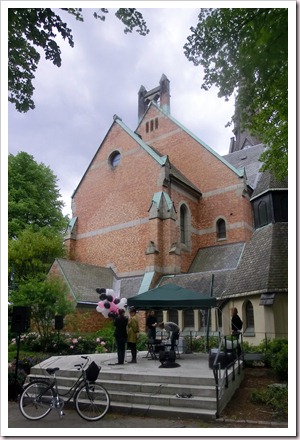 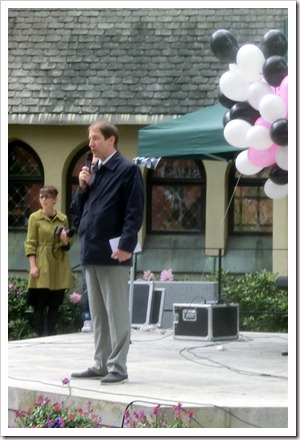 I have to confess that when it started to rain, I gave up staying around to listen to the whole speech. Instead I sneaked away to have a cup of tea in the café, before the rest of the crowd got the same idea… The sculpture in the pictures above is

Here is what the Biennal brochure says about it:

The breadth of Carl Fredrik Reuterswärd’s art manifests itself by crossing the boundaries between different genres and techniques. His works often show the influence of humour, puns and word association games. At the age of 55, Reuterswärd had a stroke which paralysed him on his right side. Since then he has worked hard to re-learn how to write and paint - now with his left hand.

The bronze sculpture called Var rädd om jorden [Look after the Earth] (2010), is an exclamation mark at a distance, but the Earth detonated when viewed more closely. Looking after one another and our Earth, living to ensure we do not poison, over-consume and stress ourselves into violence and unnecessary depletion of the Earth’s resources, are the messages the artist wants to convey. The work was donated to the town of Borås before the re-opening of the Cultural Centre.

More sculptures coming up in future posts!
(Also in my Picture Book blog.)