And while we’re thinking about books converted to tv/movies. Do you ever sit and wonder who could be cast as your favorite characters? (Please feel free to give examples!)

What actors do you think have done particularly excellent jobs with some of your favorite characters?

I do think that the casting of the Harry Potter films was very well done; that’s what comes first to mind for me.

In general, I don’t really speculate much about casting. When I read certain books I might feel that I’d like to see it on film, but then I’m usually thinking more about landscapes or historical costumes etc, than about which specific actors I’d like to see do the characters.

But there have been films or series in which I have felt the casting to be “wrong”. One example is the Inspector Lynley mysteries which in my opinion played havoc with the whole background story in Elisabeth George’s books. Some quite important characters were removed completely and the rest do not look like they do in my head ;) (especially not Barbara Havers)

If a film/series is really good, the actors playing the main characters may take over the images one had in one’s head from reading – but this one has failed to do that for me: 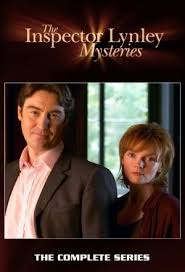 Just now I’m reading the last published book in the Maisie Dobbs series by Jacqueline Winspear – Leaving Everything Most Loved (2013). (Yes, that’s right. After having been “behind” in the series for years, for some reason I’ve now been catching up by reading the last three pretty much one after the other.) I think I could see Maise played by the actress who does Lady Mary Crawley in Downton Abbey… Had to look up her name: Michelle Dockery.

Posted by DawnTreader at 17:03