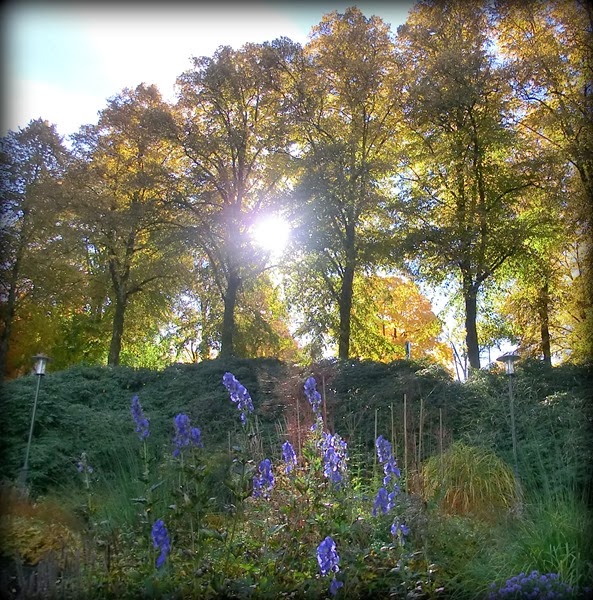 The past week has been mostly grey and rainy. I’ve been out, but not taking any new photos. The one above is from 19th October, which already feels like a long time ago. Since then most of the trees have dropped their leaves; and if some still have a few left, they’re likely to be gone by tomorrow morning - as we have a Big Storm coming in tonight. It’s the same storm that caused chaos over southern Britain earlier today – but here in Sweden it’s been given a new name: Simone.

Simone has now reached the southern parts of our country and is progressing in direction north-east. Precautions were taken early: all trains in the south-west were cancelled from around 4 PM, i.e. before the storm actually set in; ferries and buses etc likewise cancelled, bridges closed, and people generally recommended to stay in.

Around 7.30 PM more than 50.000 households in the south-west are without electricity so far. Along the coast they’re having hurricane force gusts of wind of now. Where I live (about 60-70 km inland from Gothenburg) we are still waiting, not quite knowing what to expect.

At least it’s no snow storm! We’re still having mild temperatures (around +10°C).

Posted by DawnTreader at 19:50