Almost every day for a whole week now, I’ve been going for walks around town to watch a lot of wonderful street art appearing on previously blank walls, backstreets and dull pedestrian underpasses.

I’ve already shown some of my photos in previous posts, but here are some more. 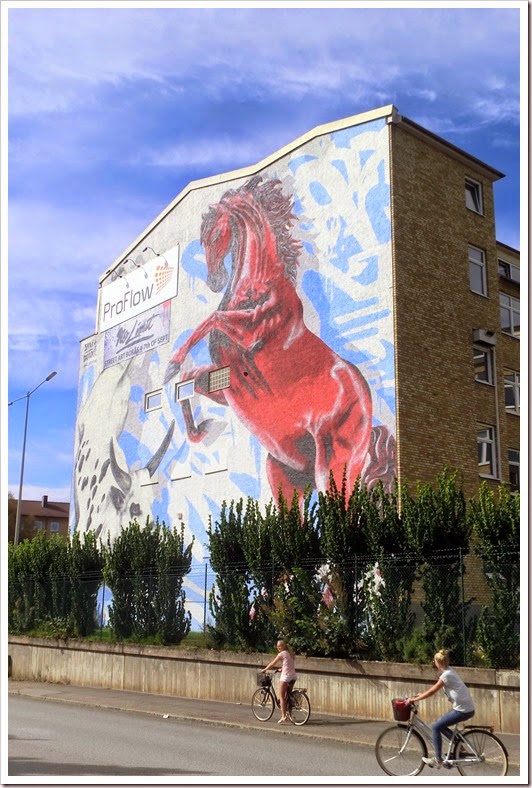 The festival was organized by local artist Shai Dahan, who painted the mural above back in the spring, to serve as advertisment for the event. (It can be seen from cars passing through town on the motorway.) 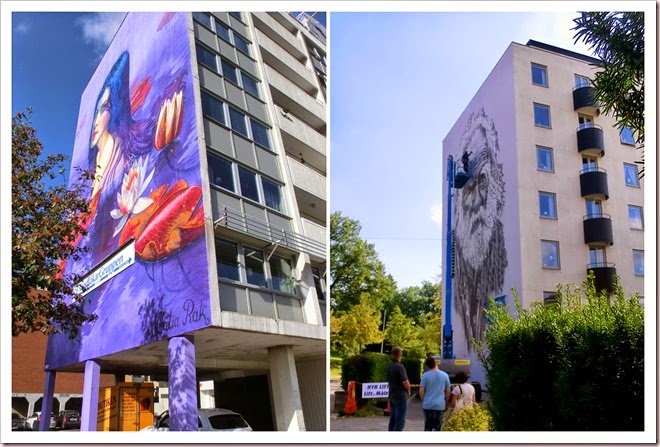 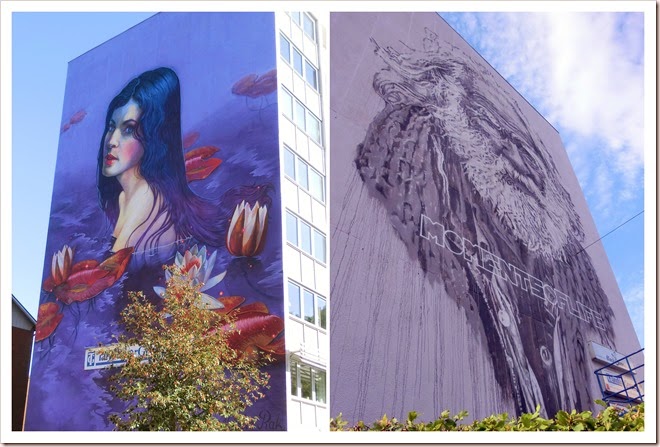 See the mural “Ophelia” by Natalia Rak come to life in this (official) video! ▼ (hope it works for you to see it!) 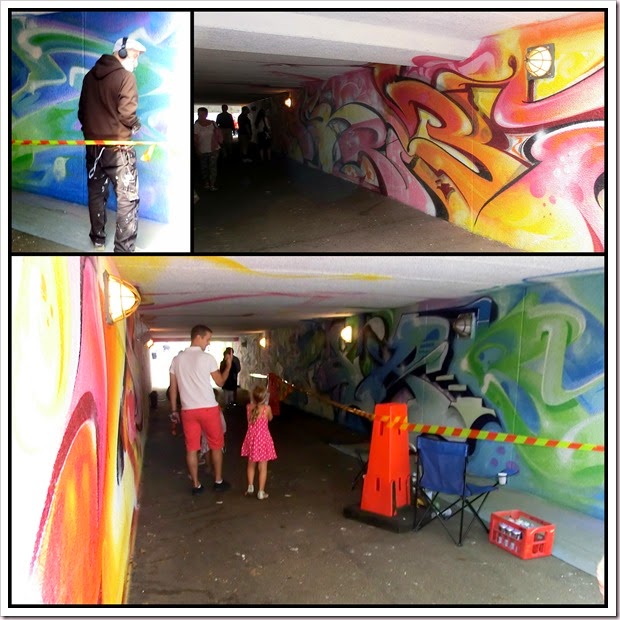 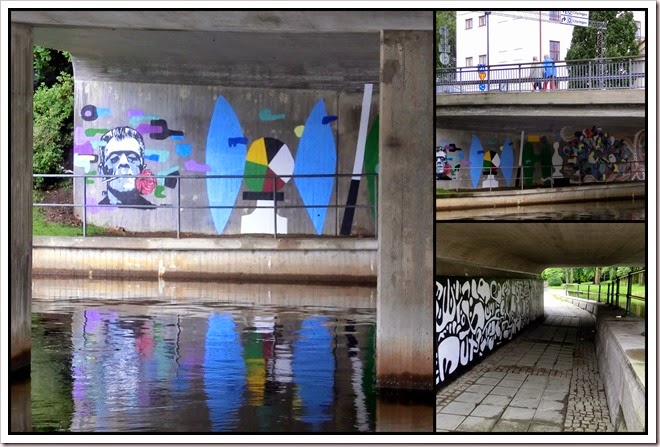 ▲ Another underpass down by the river; various artists. 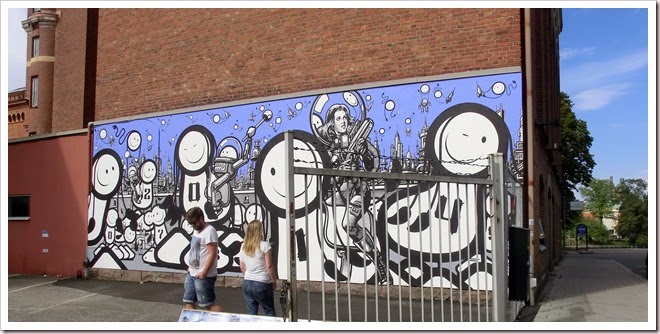 ▲This work in a back yard/street was painted by a group calling themselves The London Police (TLP). ▼ 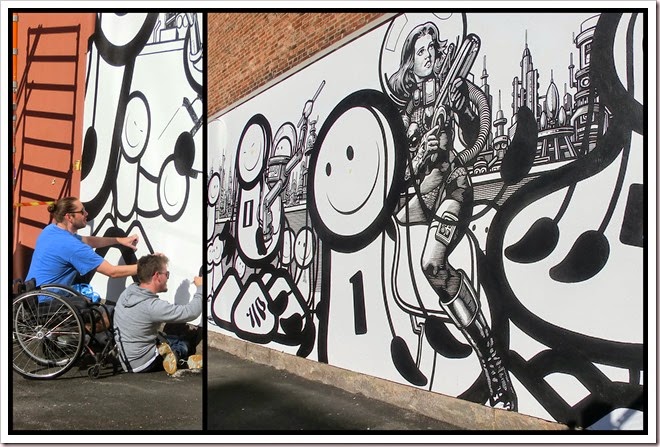 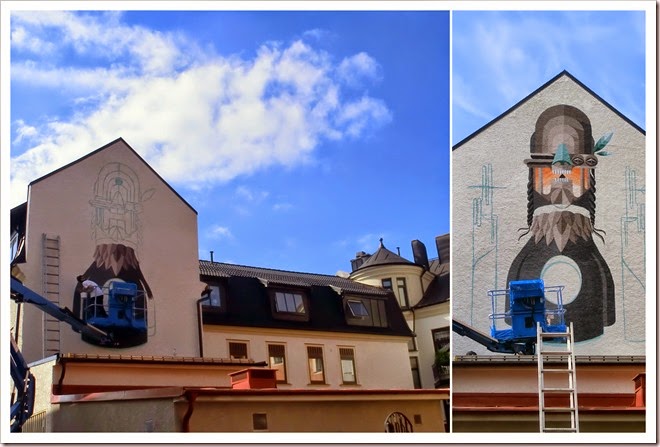 ▲ Not really my favourite kind of art, and yet I have to say that even this one blends in surprisingly well with the old buildings in a backstreet. By “Simple”.▼ 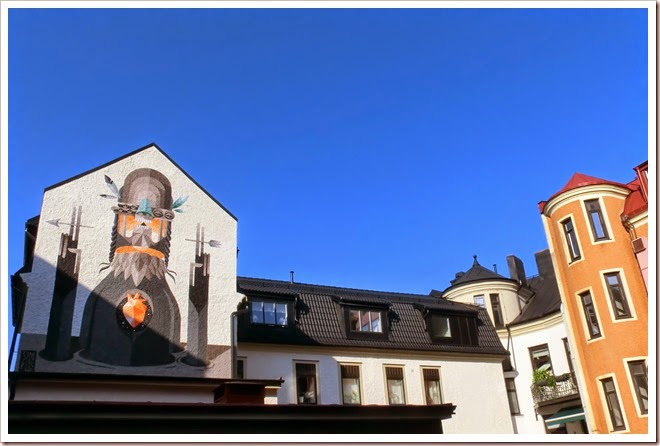 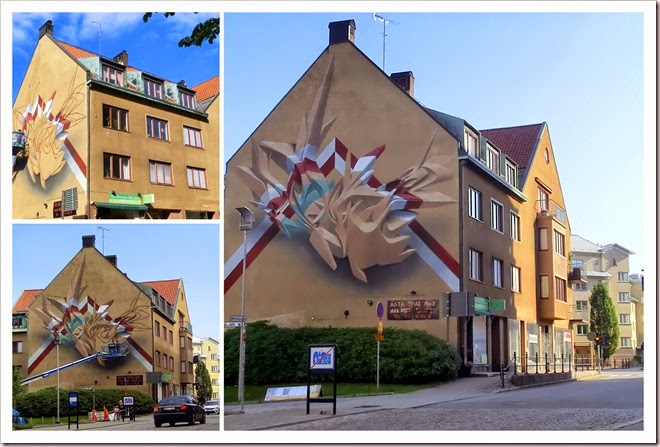 ▲ By Peeta (Manuel Di Rita) – near the University.
(Whatever it’s supposed to be, it beats an empty wall.) 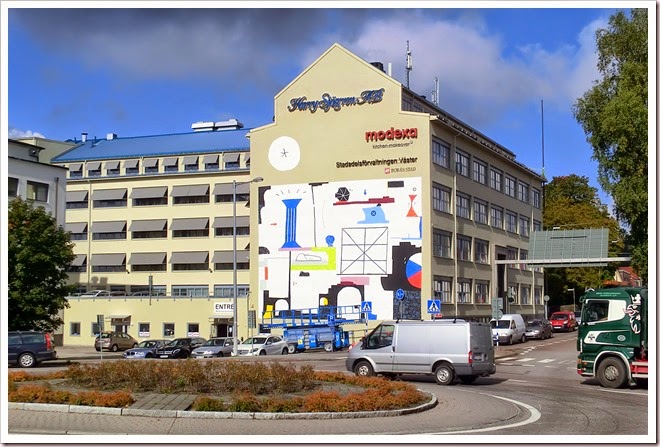 ▲ This mural by Ekta near a major roundabout reminds of our industrial heritage (or at least that’s my interpretation!).▼ 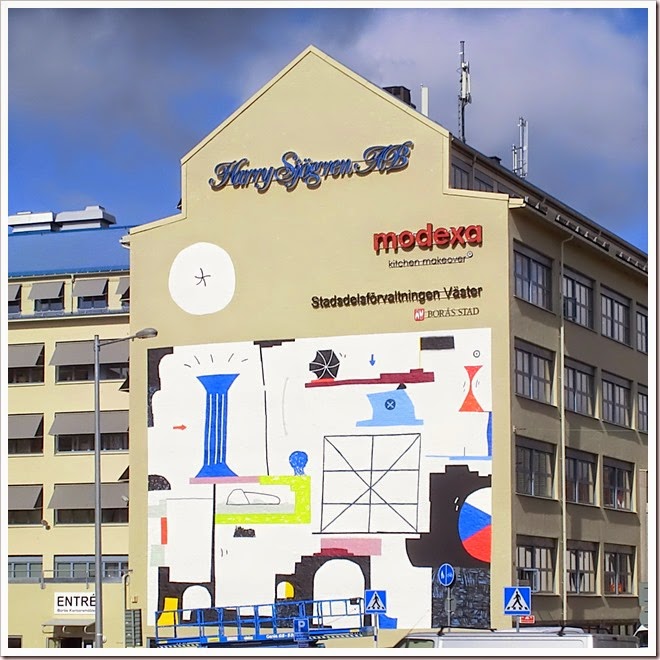 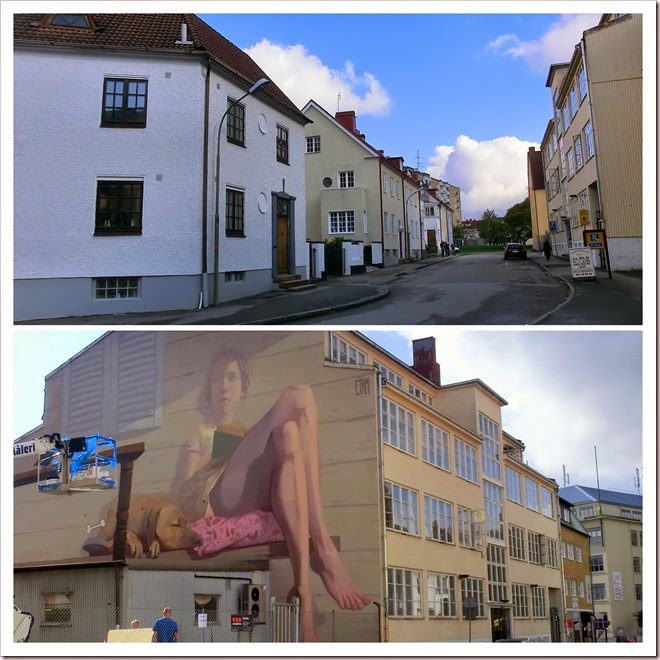 By Etam Cru (also in my post from 9 Sept) 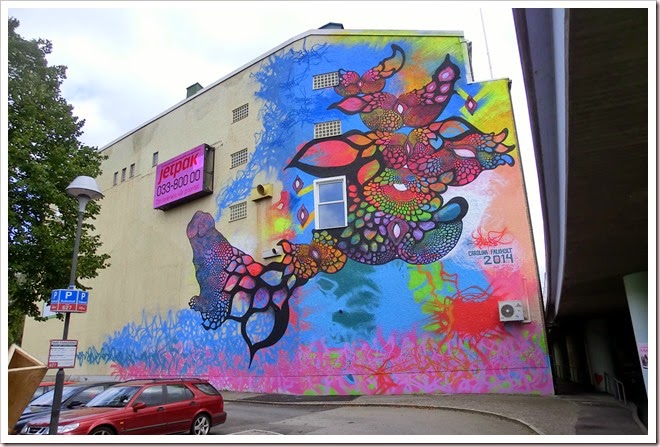 ▲ The work by Carolina Falkholt is now finished and signed. (See it in progress in my post from 8 Sept). 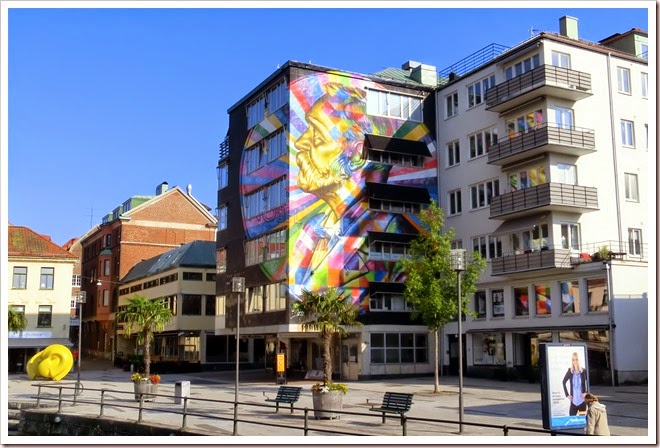 ▲ As is the “centerpiece” by Eduardo Kobra (the work in progress previously shown in my post from 6 Sept). ▼ 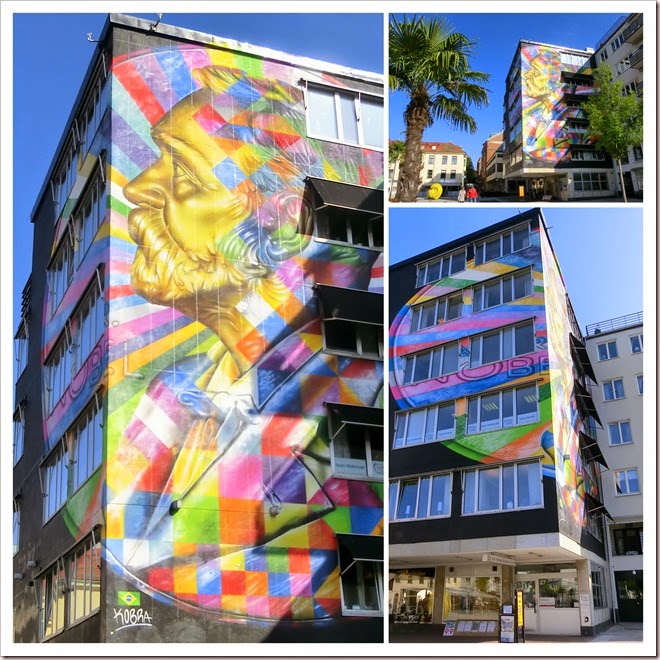 Someone asked me if all this wall art does not dominate the town too much now. Actually – I don’t think it does, because they are pretty well spread out, and you don’t see more than one piece of it at a time. 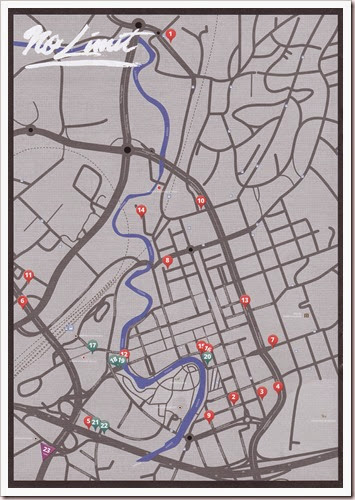 Posted by DawnTreader at 21:06