Postcards for the Weekend: Anything You Wish 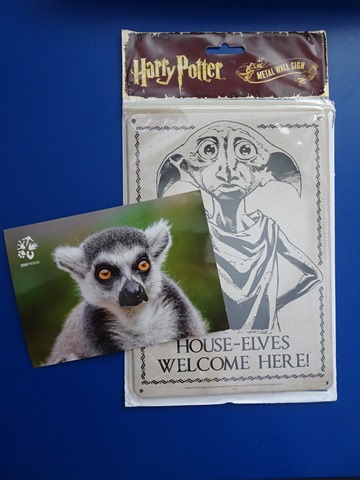 Some days bring more surprises than others. Like when the mail lands with a heavy "klonk" on one's doormat and it turns out to be a metallic house-elf (right) apparating from the Czech Republic together with a (postcard) lemur from the Prague Zoo (left)... Even if the sender did not mention it, I bet s/he too must have noted the amusing similarity in facial expression beween the two!

I made room for the House-Elves sign on the notice board in my study – next to the bookcase where my Harry Potter books live. :) 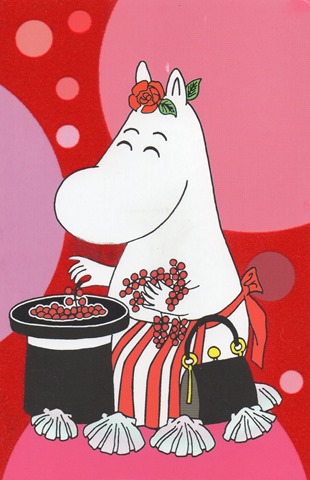 Later in the week, I received this Moominmamma card from Finland, which is also currantly (pun intended!) “on display” in my study. A thankyou card for a little surprise that I in turn had recently sent to another postcrosser. The red part of the background is embossed, with a velvety feel to it. The image itself makes me think of my own mum, who used to love picking berries, and making her own jam and such. Also a very welcome reminder of summer, in stark contrast to the still very wintry outdoors world here. (Nature seems totally oblivious to the fact that according to the the calendar we have moved on from February to March this week!)

Postcards for the Weekend 75: Anything You Wish

Posted by DawnTreader at 19:29