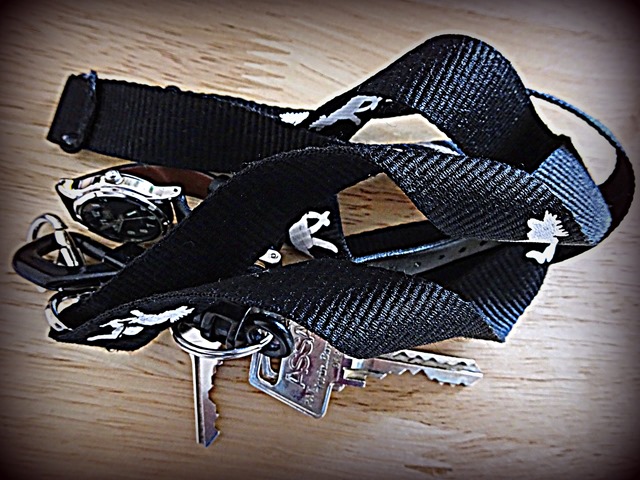 Normally I only wear my wrist-watch when I go out; and as soon as I get home, I kind of automatically take it off and put it on the chest of drawers in the hall; where it stays until next time I go out. At home I have some kind of clock in every room, so don’t need the watch. Of course nowadays I usually also have my mobile phone with me when I go out, and can use that to check the time. But as I usually keep the phone deeply buried in my handbag, I find it easier to wear the wrist-watch as well – especially if I need to make sure I don’t miss a bus, etc.

Anyway. Today, when I was going out (to the supermarket), the wrist-watch wasn’t where it should be. Okay, of course it happens sometimes that I forget to take it off right away when I get in, so it could be in any other room. I took a turn around the flat, but couldn’t see it on any of the most likely surfaces. Mysterious. It didn’t really matter just then, though, as I was going to walk, and didn’t really have to think about time until back home again. (So much else to think about at the supermarket… Like, they have reorganised the whole place lately, so I don’t know where to find things there either!)

Got back home, and after a bit of rest, I decided to have another go at looking for the lost watch. I searched every obvious surface, and even a few drawers, but it was nowhere to be seen. In my mind, I tried to retrace my steps.  On Sunday, my aunt and uncle were visiting, and I know I did wear the watch when we went into town for lunch. (I also felt pretty sure I still had it on when we got back home.) On Monday, I was only out for a short walk, and remember that I noticed when I got out that I had forgotten (!) to put it on; but decided that it didn’t matter, as I wasn’t going far. Tuesday, I had no reason to wear it, because I did not go out. I did make several trips down to the basement, but then I bring my mobile (and there is also a clock on the wall in the laundry room).

So how, when and where did I manage to mislay my watch?!

I was looking in a very unlikely drawer when the answer hit me – and made me go and have a second look in a different drawer. There I found the watch nestled up together with my basement keys; which I keep on a black neckband.* Getting back up from the basement yesterday, I put the keys on the chest in the hall. Later on, I  grabbed the keys and put them back in their drawer – and, obviously, the watch happened to go with them… (Black and steel, it matched the keys and band perfectly!) Phew, mystery solved! No immediate need to worry that I’d suddenly gone totally scatter-brained! (LOL)

* (In the “unlikely” drawer, there was a similar neckband…)