From Middle Earth to the End of the World 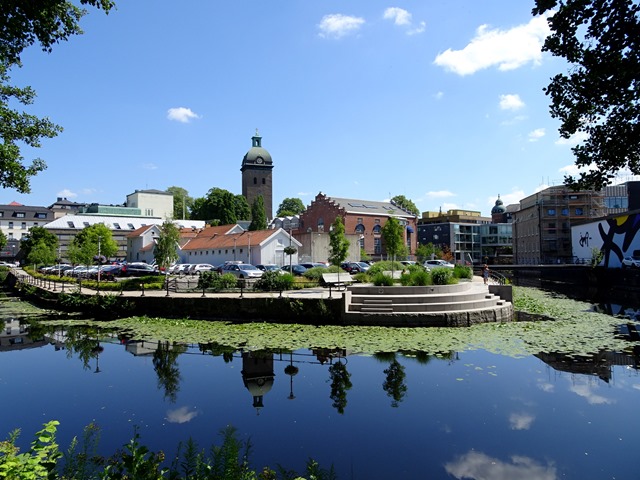 Basically it’s been another week of Too Hot (for my liking) - and very dry and dusty. Last night we had a bit of thunder and a rainshower, and this morning the air is still feeling a little fresher… But according to weather forecasts we’re headed straight back to hot and dry. (Possibly some more random thunder somewhere - but who knows)… 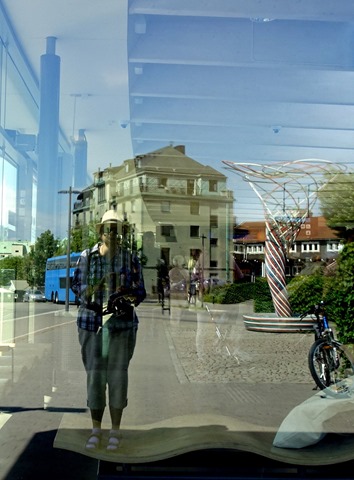 To be able to sort out where I’m standing in this photo, you probably have to know my city. Mix of reflection and see-though wall at our Travel Centre… I’m on the pavement outside, the wavy bench is on the inside!

It’s indeed very easy to get confused at this spot, in more ways than one, by the way. Yesterday, I ended up going on an unplanned trip to The End of the World, because I happened to step aboard the wrong bus. (19, 20… I totally blame the heat!) I realised the mistake within 30 seconds or so, but then it was too late, as the bus was already turning out onto the motorway. So nothing for it but to “enjoy” a tour of the gigantic desert-like industrial area where we were headed – much larger than I ever imagined… (I’ve never been round it all before.) Felt like something from a science fiction movie, and made me realize that I live in a rather cosy little bubble, usually. 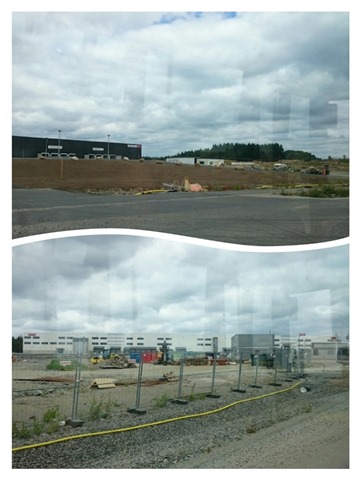 Photos taken with my phone through the bus window at the End of the World (i.e. where the bus turned and – thankfully – went back into the city again).

I decided to look upon the adventure as practice for an upcoming roadtrip with my brother again next week. Even with basic plans mapped beforehand, one does usually also happen to take an unexpected turn somewhere. (Especially when making the basic plans from maps and guidebooks dating from the previous century… Relying on apps and GPS to help with the final adjustments to the Real World!) 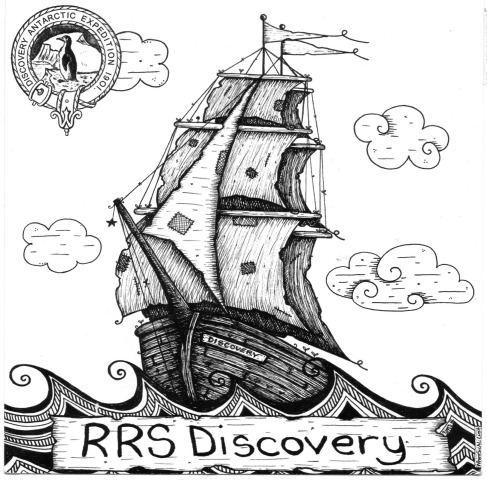 A postcard that arrived a couple of weeks ago from a penpal in England.

If posts are scarce over the next couple of weeks, just assume I’m off discovering something or other. (Hopefully there will be photos to prove it later.)

Posted by DawnTreader at 09:53