Visiting the Past in Värnamo

After lunch at The Inn (see previous post), we went for a walk to Värnamo’s Museum of Local History; situated in a park named Apladalen = Apple Tree Valley.

On the way to the park, we passed a couple of other houses that caught my eye. 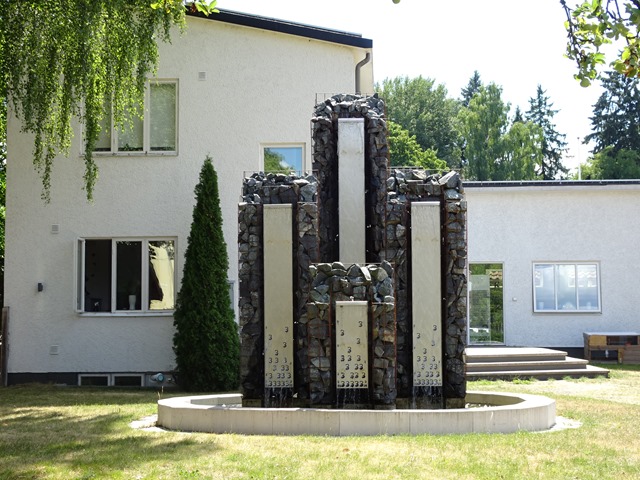 No idea what the story behind the impressive sculpture in this garden may be, but I do think the house was No 3 on that street… 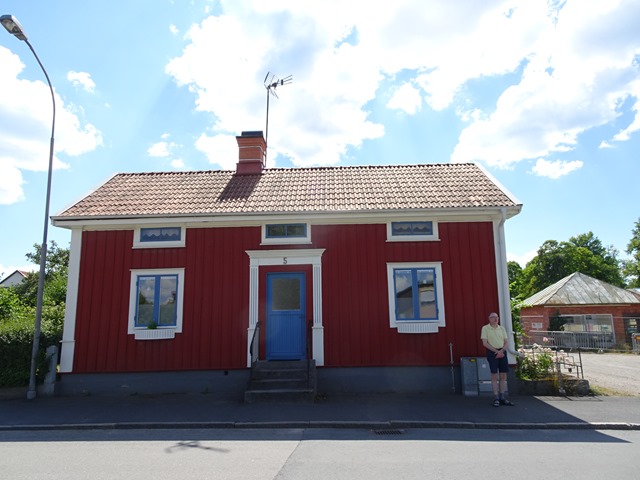 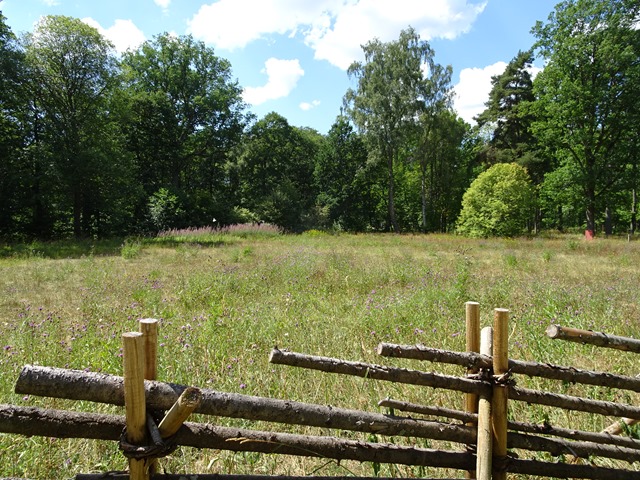 Walking a bit further, these typical old-style wooden fences hinted that we were probably on the right track… 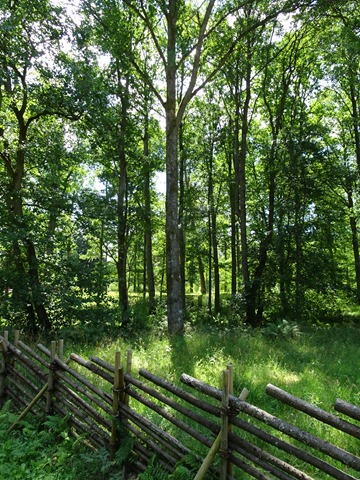 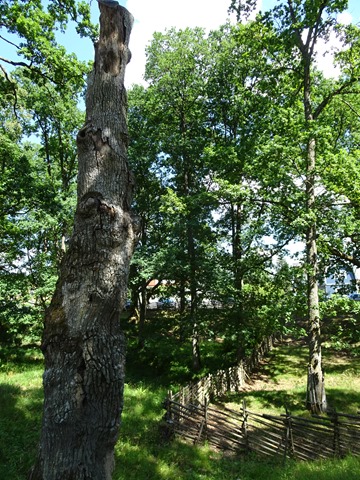 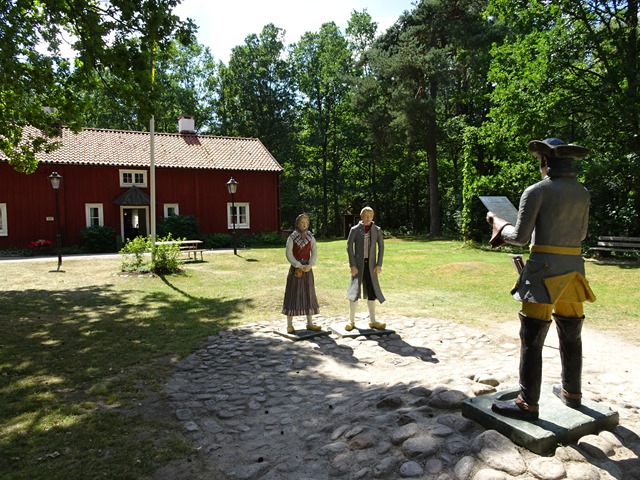 Outside the main museum building in the park, there is this group of carved wooden sculptures, illustrating an old folksong about a couple – farm hand and farm maiden - who exchanged rings (got engaged) at the Värnamo Market, but were too poor to get married straight away. So they agreed to meet in the same place again in six years time. In the meantime, they each saved all the money they could; and after six years they met again, and still wanted to get married. But then the town ‘sherriff’ appeared and made an announcement about a currency devaluation; which meant that the young couple’s savings were still not worth anywhere near as much as they'd need to buy a piece of land and set up a home of their own. And so the song ends with a repetition of their promise to each other – to meet once again at the market in another six years…

(The couple in the song are called Per and Kersti. According to the back of a postcard I bought, the name of the sculptor is Harry Weidmann.)

It’s a poignant story for the general situation in Sweden back in the 1800s, when a lot of poor people ended up leaving Sweden to emigrate to America. We were reminded of this part of our history several times during our trip, so I’ll be getting back to that topic in future posts as well.

Meanwhile, here’s me next to the unhappy couple.
(As you can see, it was already very hot!) 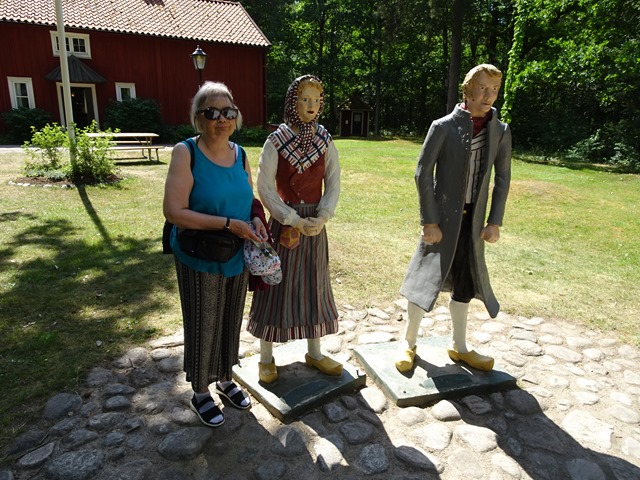 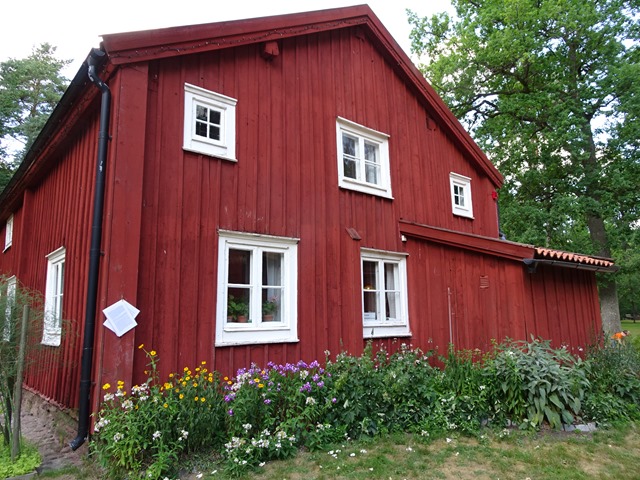 I think this must be the back of the main museum building; an old vicarage. 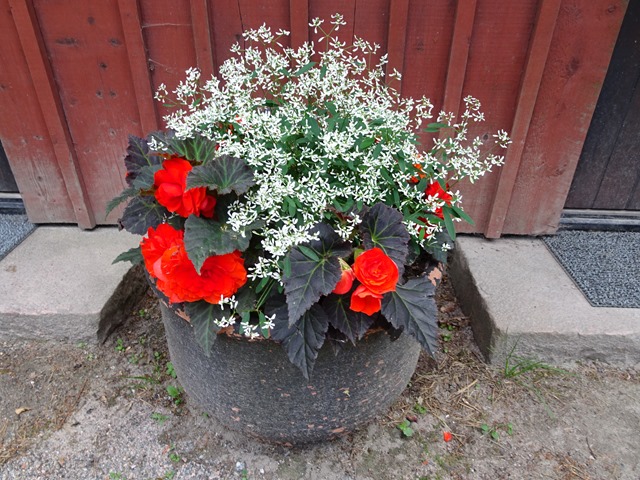 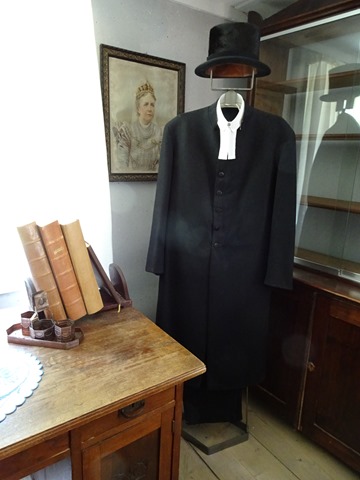 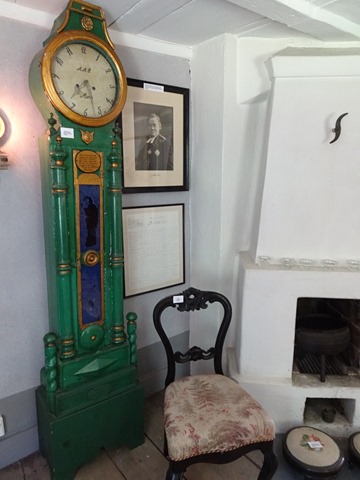 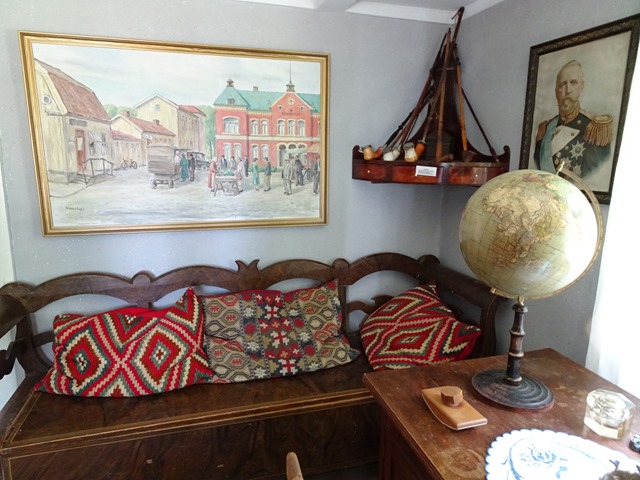 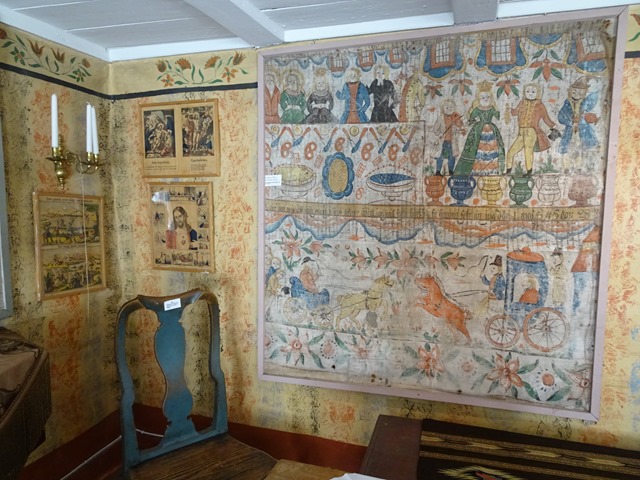 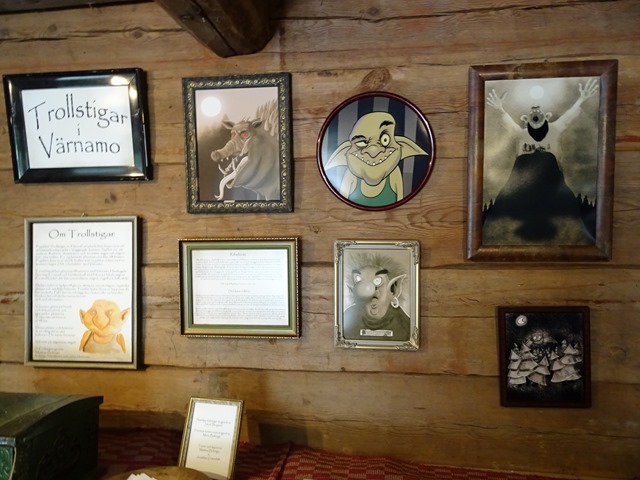 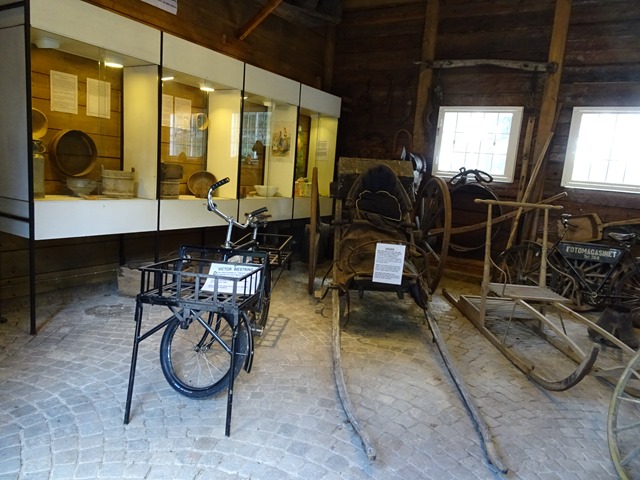 Old vehicles on display in one of the barn buildings 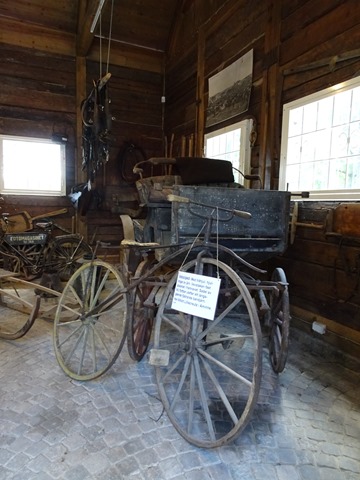 Posted by DawnTreader at 18:59