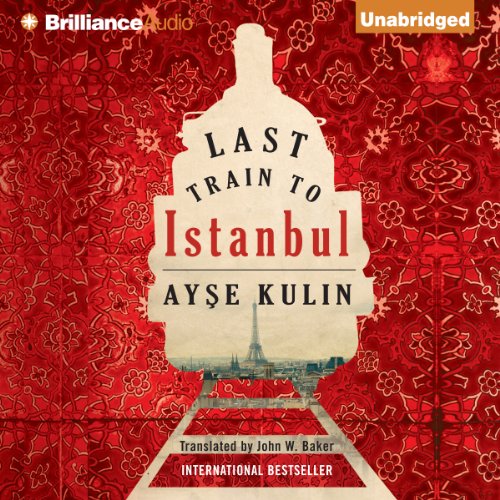 The story is set in Turkey and Paris in the early years of World War II. Among the main characters are two sisters born in a privileged Muslim family, Sahiba and Selva. Sahiba marries a prominent Turkish diplomat, while Selva falls in love with a Turkish Jew, Rafael. Although Turkey had long been a safe haven for Jews, marriage between a high-ranking Muslim girl and a Jewish boy was still strictly forbidden. Selva and Rafael defied their parents and fled to Paris in hope of a better life there - only to find themselves trapped when France got invaded by the Nazis. Turkey attempted to remain neutral in the war, and Turks living in France were encouraged to return to Turkey; also including Turkish Jews. Unofficially some Jews were given Turkish passports and identities in order to be helped out of France. An intricate plan to escape from France back to Turkey by train is involved in this book (not really a major spoiler because of the title!) I found the story interesting as it involved aspects of WWII that I knew very little or nothing about before. (Had you asked me before I read this book, about Turkey’s role in WWII, I wouldn’t have had a clue!) At times I found some details of the story a little difficult to follow (only listening to it as audio book, without access to the text); but on the whole I liked it, and I think the narration also added to the atmosphere. I’m sometimes a bit sceptic about texts being read with “foreign accents” in English just because the story happens to take place in different country - but in this case, in an “international” setting, I think it works well. 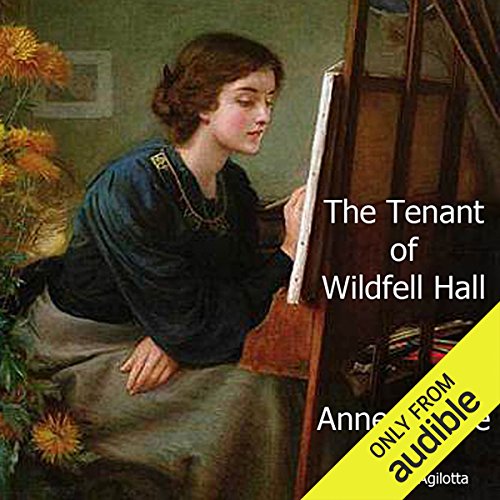 The Tenant of Wildfell Hall
by Anne Brontë (1848)

The Tenant of Wildfell Hall is the second of two novels by the English author Anne Brontë (1820-1849; sister of Emily – author of Wuthering Heights – and Charlotte – author of Jane Eyre). It was first published in 1848 under the pseudonym Acton Bell. Probably the most shocking of the Brontës' novels, it had an instant success, but after Anne's death Charlotte prevented its re-publication. (Their brother Branwell and Emily had also both died before Anne did; in the autumn/winter of 1848.) So The Tenant kind of fell into oblivion for a period of time; but was later “rediscovered” and included among the classics together with her sisters’ more famous novels. Most critics now consider The Tenant of Wildfell Hall to be one of the first feminist novels; and I do feel I agree with that.

I think I read it many years ago, but don’t really remember what I thought of it then. The style in which it is written may feel a bit outdated as it consists of letters written by the main male character Gilbert Markham to a male friend, and diary entries by the main female character Helen, who moves into Wildfell Hall under the assumed name of Mrs Graham, a young widow with a little son. (In reality, her husband is still alive – but she has had to flee from him to protect herself and her son). In spite of her cover story, Helen soon becomes the victim of village gossip and slander.

I recently watched a BBC mini-series from 1996 based on this novel (three episodes on DVD), and that made me curious to re-read the original story.* Finding it available as fairly cheap audio book, I ended up listening to most of it, but also reading some parts on Kindle. I’m not wholly enthusiastic about the audio narration performance… thinking I might have done better to choose a version with a male and a female actor alternating to read the different parts. (It gets a little confusing at times whose story it is that one is listening to at the moment.) But that aside… From today’s perspective, 2018 and with all the #metoo discussions and stories stirred up last year, I think this book still stands out as a really strong voice not only for women’s rights (which, one has to remember, were practically non-existent in those days) but also about abusive relationships.

And if anyone is thinking that “fake news” and rapid spreading of rumours and slander can all be blamed on modern technology – think again!

… Well, I only “tell the tale as ‘twas told to me”: I don’t vouch for the truth of it, but at the same time, I don’t see what reason Sarah should have for deceiving me, or her informant for deceiving her; and that was what she told me that the footman told her …
The Tenant of Wildfell Hall, chapter 51

*(PS. The BBC mini series really does a pretty good job of retelling the story as well – in three hours rather than 13. Felt a little bit “episodic” though which is what made me want to go back and compare it to the original novel.)