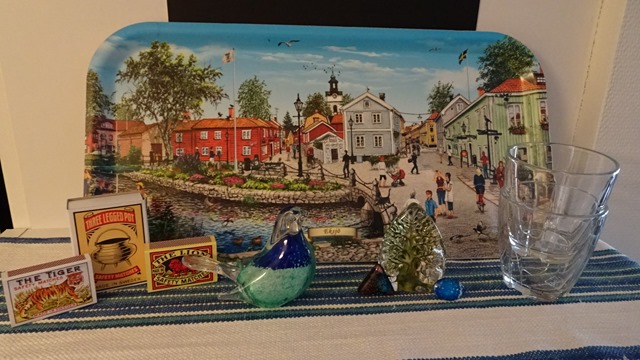 … from my one-week holiday trip with my brother through the Swedish province of Småland over to the east coast and the island of Öland (connected by a long bridge to the city of Kalmar on the mainland).

We arrived back home (my home) yesterday (late afternoon-ish), and spent last night summarizing all our various impressions from the journey. This morning after breakfast, Per set off back to his home. He sent an email that he got home safely, so all is well.

We’re in luck that today has been a day of somewhat cooler winds and weather (around 23’C in the afternoon– while earlier in the week close to or even above 30’C). We’re supposed to get back to the really high temperatures again in just a day or two (and the rest of the week, and who knows for how long) – but even a temporary break is welcome, and gives me a chance to let some fresh air into the flat after having been away for a week. I even put on a top with 3/4 length sleeves today! - after wearing only tank-tops and the very thinnest and widest and loosest of my trousers the whole trip! (No jackets, sweaters or umbrellas etc packed “just in case” ever got used…)

The weather was hot and dry all week. In the north of Sweden, several large forest fires are raging – to the degree that we’ve been having extra fire fighter staff as well as equipment flewn in from several other European countries to help, and yet in some areas they’ve still had to just concentrate on stopping the fires from spreading (letting the area in the middle just burn down until there is nothing left to burn).  On the maps shown on the news we’ve been able to see that there have been fires in the south-east, too; and yet, miraculously, we seem to have managed to plan our own travel route so that we never even saw smoke. (Which makes it all seem strangely surreal when watching the TV news in the evenings and mornings at the hotels.)

What we did see, though, was nature in a state of drought very unusual for this time of year – looking more like autumn than summer in many places, with grass all yellow, trees with all brown leaves like in autumn (but weirder), and water levels in the rivers etc also very low. In the midst of all this, we’ve been driving through forest areas as well as visiting idyllic tourist sites in both countryside and city; also including lots of well-kept old wooden buildings.

A few random photos to whet your appetite… I’ll be taking my time blogging about places or themes one at a time in weeks/months (?) to come. 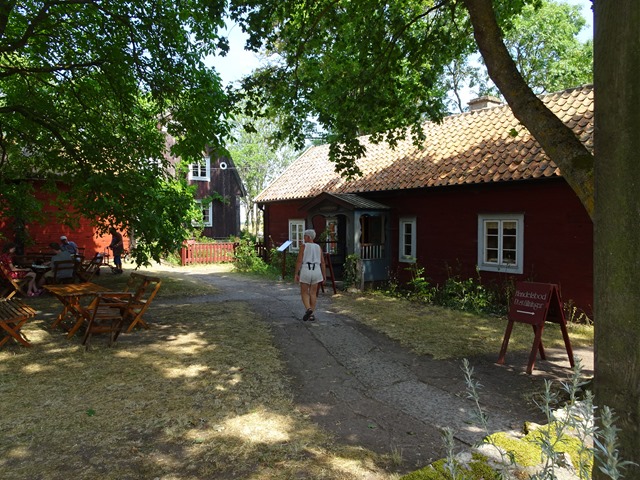 From one of the many old homestead museums we visited.
Keeping in the shadow whenever possible was wise strategy this week :) 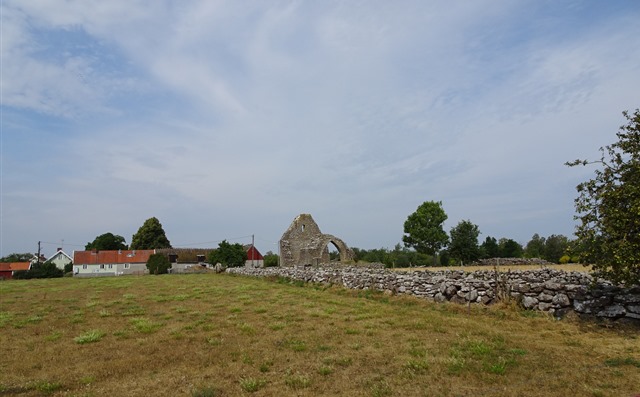 A farmhouse, an old chapel ruin and a typical stone wall on the island of Öland This photo, also from Öland, primarily to show you one of all the trees with all brown leaves that we saw (the one to the left has no leaves at all, but I suspect that may not be all due to the current heatwave)… 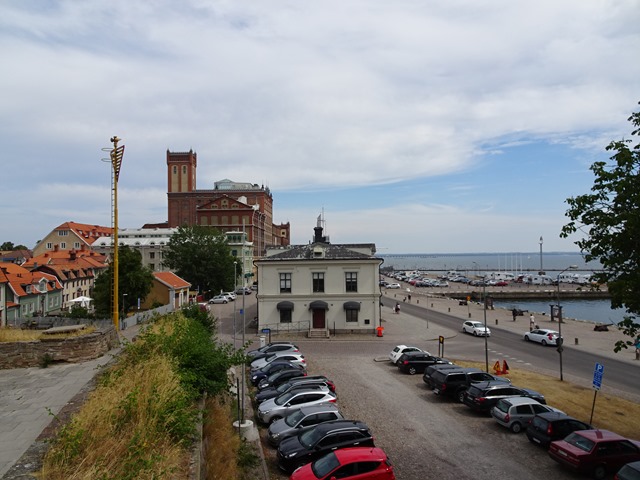 View from a walkpath on top of an old town wall in the city of Kalmar.
The red brick building in the background is Kalmar museum. 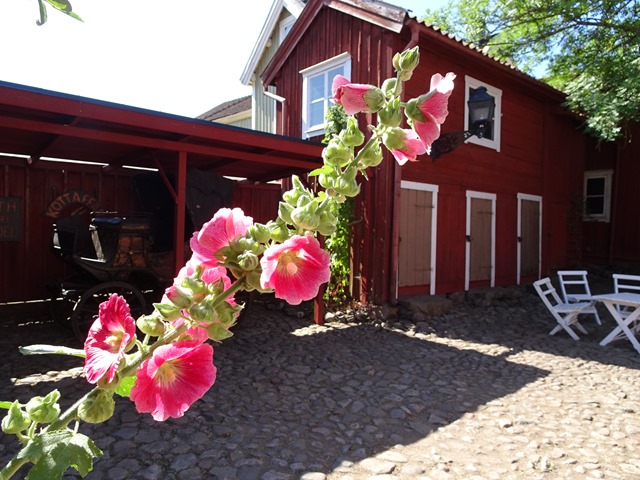 A courtyard at a museum in Eksjö – a town still full of picturesque old wooden houses (see also the picture on the tray in the photo of my ‘souvenirs’ at the top). 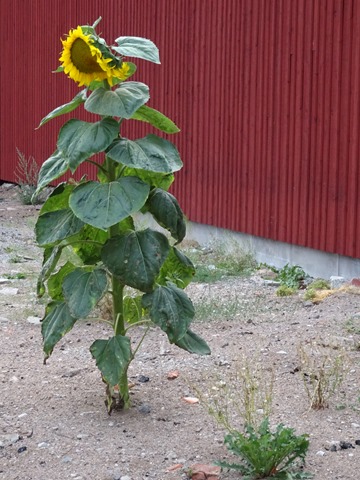 The very first thing I had to do when I got home yesterday was to give “first aid” to all of my potted plants, both indoors and outdoors… My geraniums needed some serious emergency “surgery” (cutting off lots of yellow leaves) but I’m hoping they’ll survive and recover. The strawberry plants on the balcony looked like they’d given up as well; but sprang back to life surprisingly quickly when they got water.

The second thing I did was to plug all the cords back in that I had unplugged before leaving (in case of thunder); and then to make sure to back up  a thousand holiday photos from my camera, both to the pc and to an extra memory stick. (You think I’m exaggerating? I’m not!!!)

Today I’ve been having a lazy day, resting my (rather sore) feet, and basically just unpacking the clothes that need to go in the washing tomorrow…  And (much more fun!) all the postcards and other souvenirs bought in various tourist shops along the way. (See photo at the top of the post.) I don’t usually buy a lot of “things” when travelling, but as this trip took us through a part of Sweden known for its many glassworks, it was hard to resist! Besides postcards, I ended up buying something at each of the four glassworks we stopped at; and a few other things as well. (I’ll get back to them “in context”.)

Posted by DawnTreader at 18:17