One Tower, Two Spires and an Ancient Standard Measure 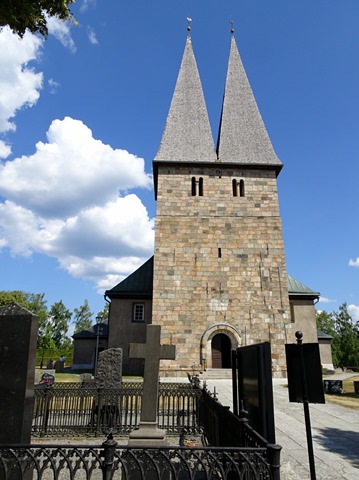 Our next stop after Värnamo was the parish church at Rydaholm (see map at the bottom of the post).

The church was built in the 12th century. Originally, the tower was only half as high as now. In the 14th century it was completed with the two spires we still see.

In 1793 the nave and choir of the church were reconstructed and enlarged; but they kept the tower with the two spires, which is the most unique feature. 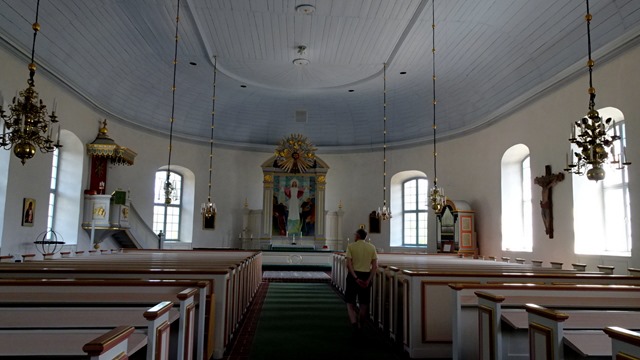 According to old tradition, the church is built in west-east direction, with the altar to the east. 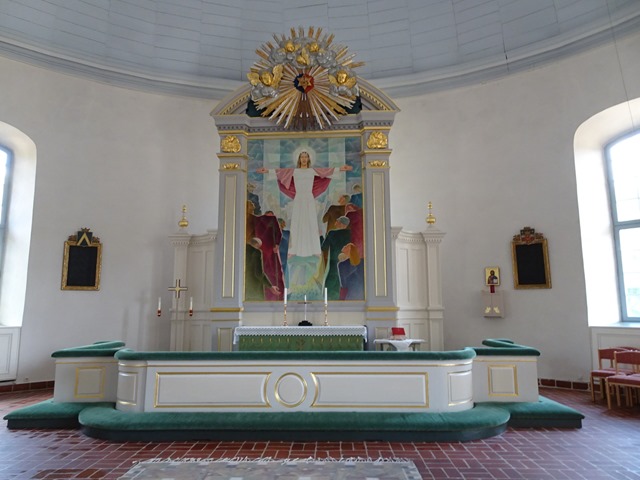 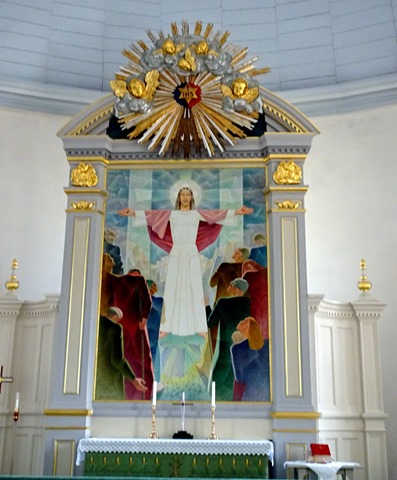 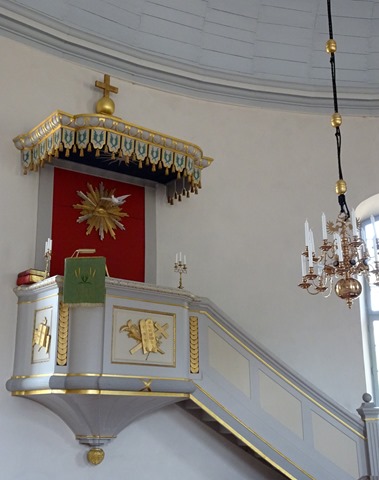 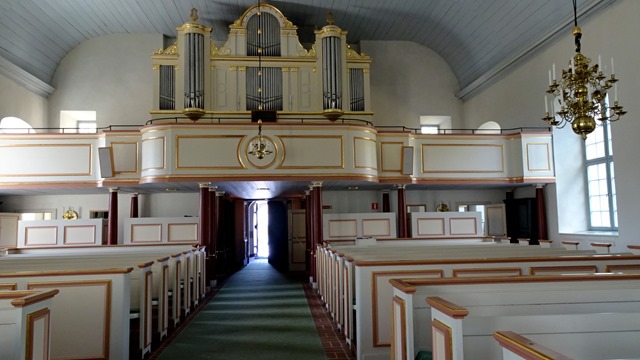 Turning round and looking at the organ. 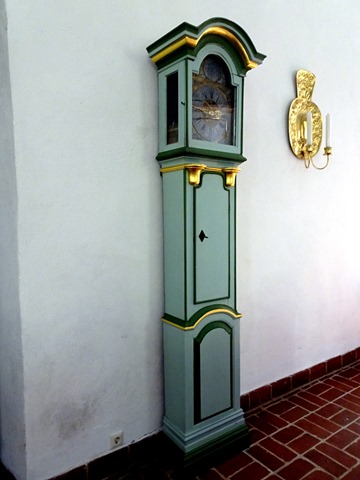 Along one wall, I noticed this ‘grandfather clock’ – in my experience, not a very common object in churches.

At a side entrace to the church, they have like a small museum; displaying among other things a replica of an old iron measure rod. Aln is an ancient linear unit that was used in Sweden in the past. The standard aln measure from Rydaholm (just under 60 cm in the metric system), is known to have been used in that area since the 12th century, and it became the norm used throughout Sweden when the unit needed to be standardized (in 1604). It remained the national standard until replaced by the metric system towards the end of the 19th century. 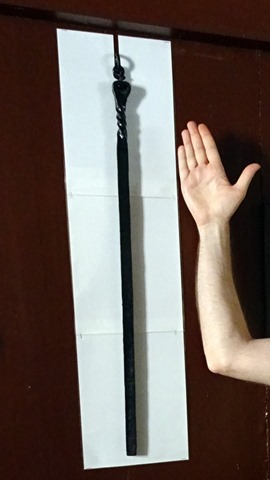 ‘Aln’ is supposed to mean the length of a man’s forearm from the elbow to the tip of the middle finger. But in that case it seems to me that the measure must have been based on very tall man with very long arms, as my brother (waving hello to you from the picture) is far from short! 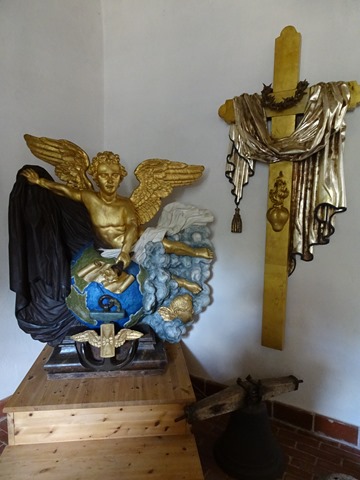 The golden angel and the cross with the crown of thorns were formerly placed at the altarpiece. 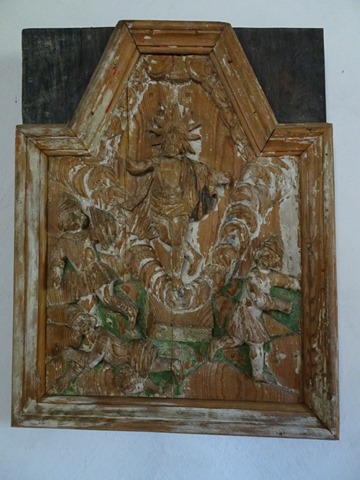 Old carved something… (not sure what!) 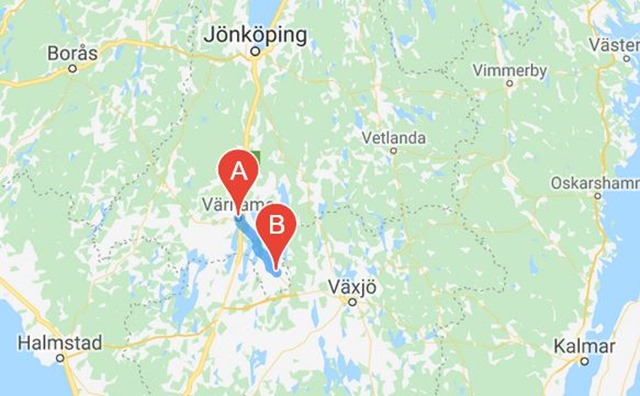 Rydaholm is located at “B” on the map

Posted by DawnTreader at 11:23