Yesterday it was still a little cooler (only around 20 C ~ 68 F), and I took the bus out to the beach/lakeside in the afternoon. 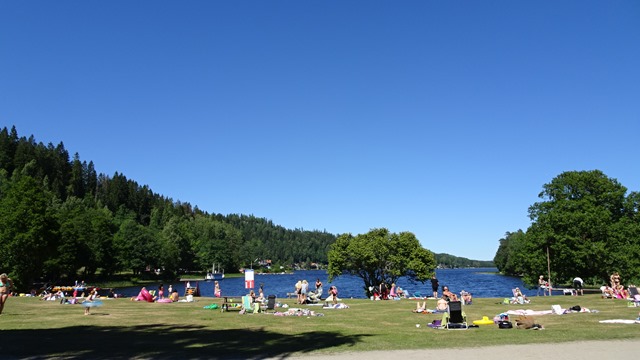 Someone might argue that hotter would be better for the beach. Not for me though. I’ve never really been a “beach person” (as in sunbathing) - and even less so nowadays. (For one thing, it seems to be so far down to the ground these days; and so much acrobatics involved in getting back up again.) What I prefer to do when visiting the lakeside is to just stroll around a bit with my camera – for which I really prefer 20 C rather than 30… (I know, because I tried both!!)

On my post So Fast (21st May) there was some discussion about the identity of this tree: apple or cherry? 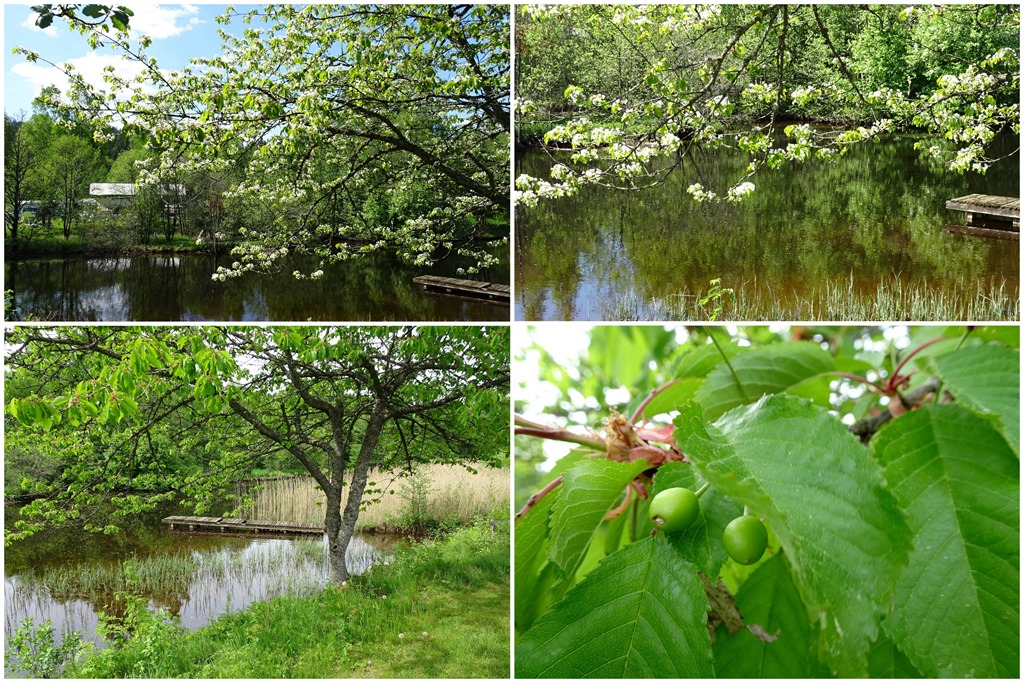 I went back yesterday to check, and I think we have an answer: 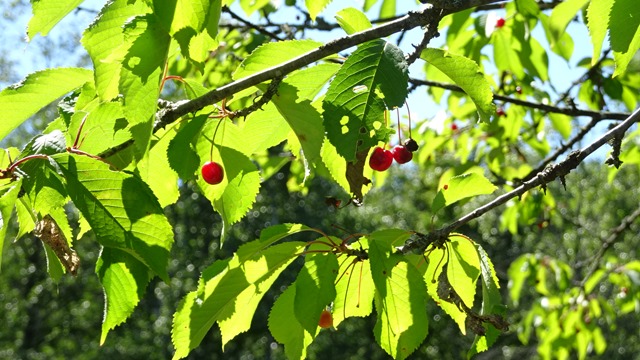 The berries are very small – but so were the blueberries (bilberries) that I found out on the woodland peninsula. 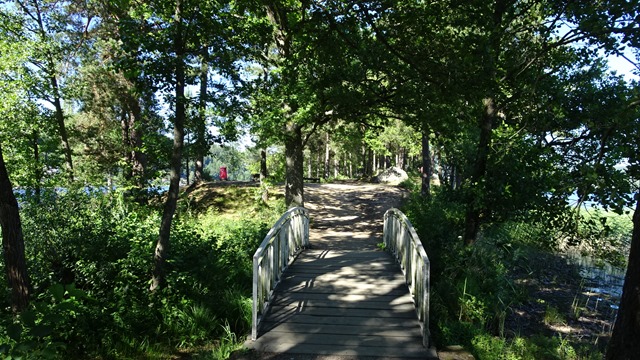 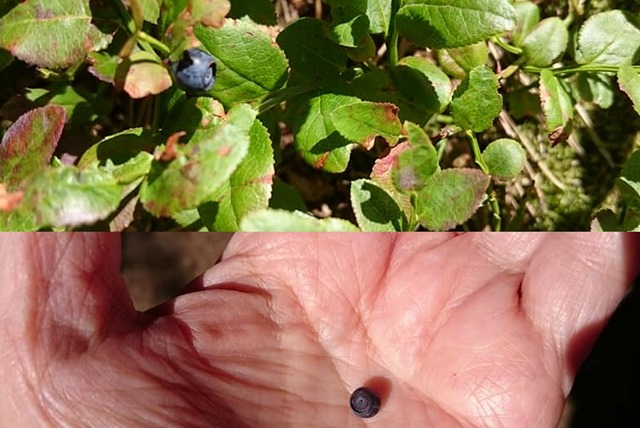 I don’t think I’ve ever seen such tiny ripe blueberries before. (Hadn’t the light happened to fall on one, I probably wouldn’t have seen them at all.) No doubt the looong period of dry hot weather this spring and summer is to blame. Even over the past week with somewhat cooler temperatures, there has been no rain. (Farmers are also seriously worried about their various crops, by the way – and some have even had to send cows to slaughter because there won’t be enough hay to feed them all through winter. There have also been many forest fires all over the country; and around here, I can’t recall ever having heard the sound of emergency vehicles so often as I have over the last couple of months – I think almost daily!

On the whole, the greenery just along the river still seemed to be thriving, though. 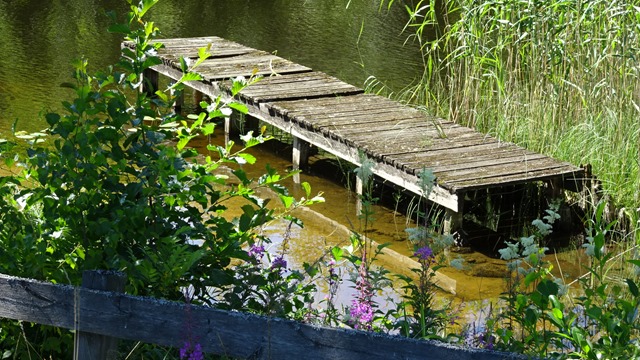 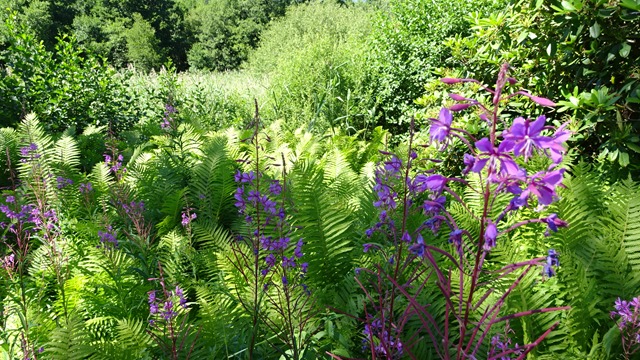 The ferns have now got company from willowherb. Well – those often do seem to thrive even in dry places. We also call them “navvy rose” here as they often grow along the railway banks. 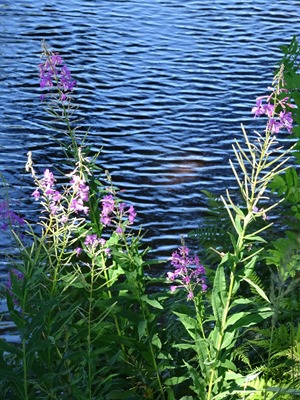 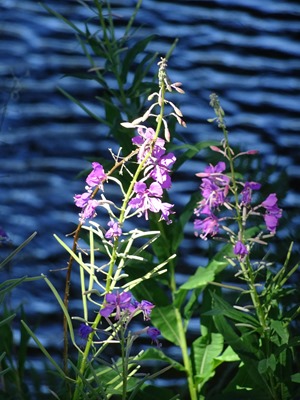 I was also keeping a lookout for these flowers (below), wondering whether they would be in bloom yet – and yes, they were: 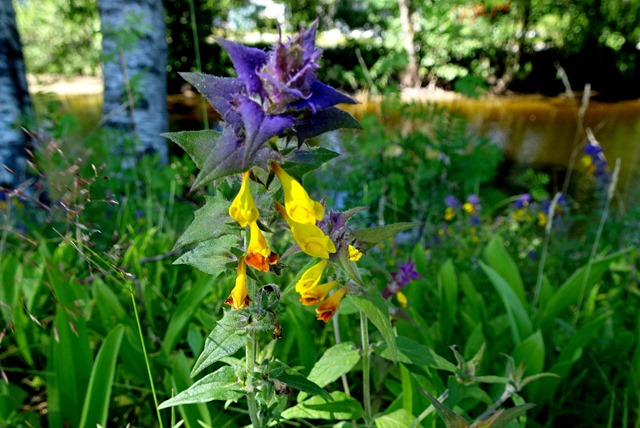 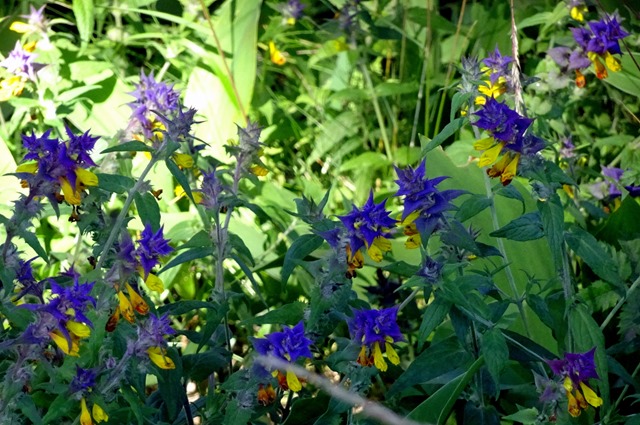 Melampyrum nemorosum
In Swedish they are called “Natt och Dag” = Night and Day. These also grow at the northern end of the same lake, in the neighbourhood of where we had the House. I remember them from childhood when I went for walks with my grandmother down by the lake; and they are still growing in the same spots as back then. (I think I mentioned them in some post last summer, too: I was so happy to also find them at the southern end of the lake area.)

The water levels in the river are probably running a bit low: 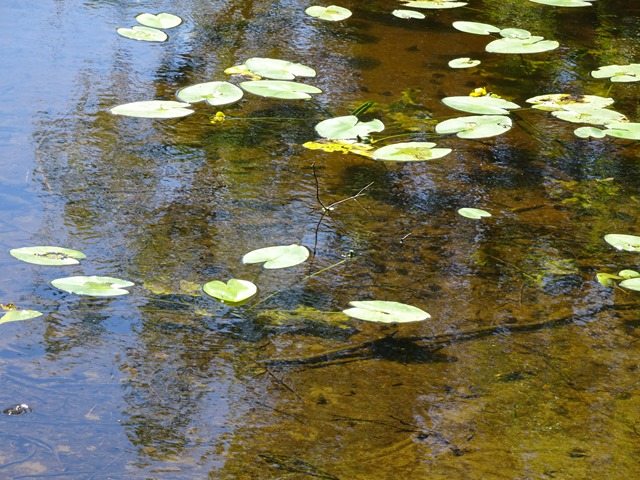 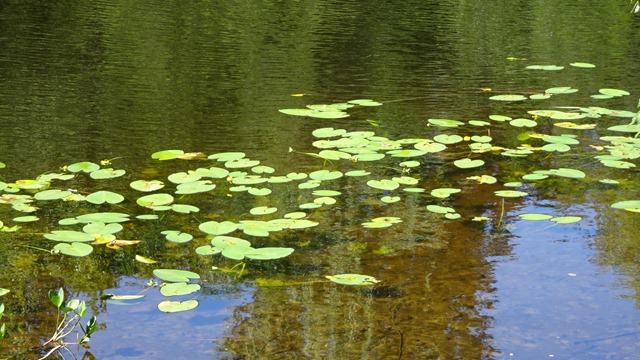 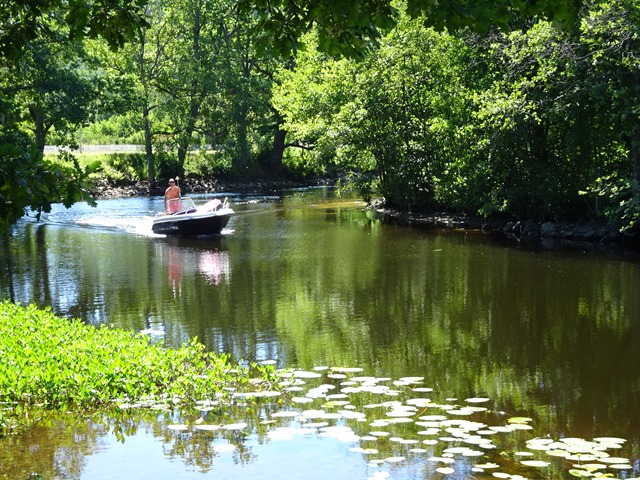 But still obviously deep enough in the middle for small boats!

Still felt quite warm enough to have an excuse for treating myself to an ice-cream when I got back to the ice-cream kiosk by the beach… Ooops, that photo is on my mobile… Never mind, here is very similar ice-cream photo from the Town Park on Saturday… 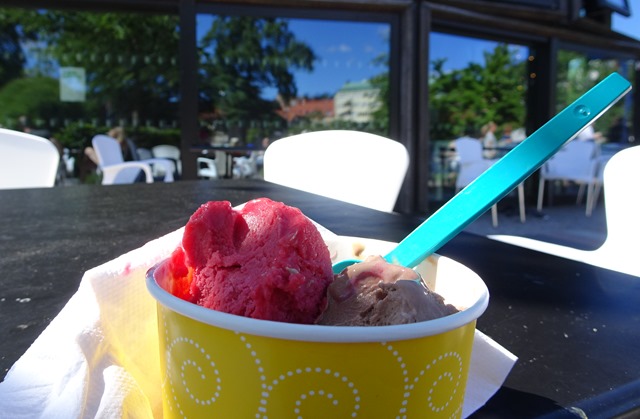 Back in April, when trying on my summer clothes after getting them out of winter storage, I was fully determined that my diet this summer was not to include ice-cream… well, not much, anyway… possibly on Special Occasions… (like an Exceptionally Warm and Sunny Day…)

That was before we accidentally happend to get the Spain’s summer weather instead of our own; and no one could have guessed how very many Special Occasions that would turn out to involve!

(In spite of all the ice-cream, it seems I have still managed to walk off a couple of winter kilos, though. A few items of clothing even got taken back from the pile I was thinking of giving away… Which means my wardrobes are overfull again! – lol)

Posted by DawnTreader at 23:21