In Sweden, 30th April, Valborgsmässoafton (Walpurgis Night) - marks the arrival of spring, and is traditionally celebrated with bonfires, choral singing, and (in some places) students' carnival parades.

This year, we had an absolutely lovely day for spring celebrations - even if capricious Nature then chose to start the month of May with a backlash to cold showers again (even including frost and snow today, brrr!) 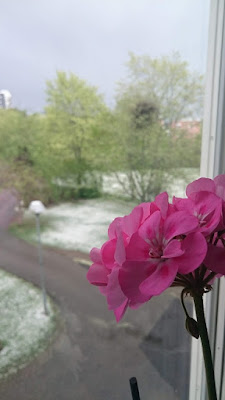 Today, through my window...
Yep, the white stuff is snow!!

But on Tuesday, we were still in a magic spell of early summer...

I went into town in the afternoon to a music school violin orchestra concert in the old church. After that, a stroll around town and in the park; and an ice cream enjoyed on a park bench in the sunshine. And then another session of music + traditional spring songs sung acappella by a men's choir in the square.

Photos taken with my phone: 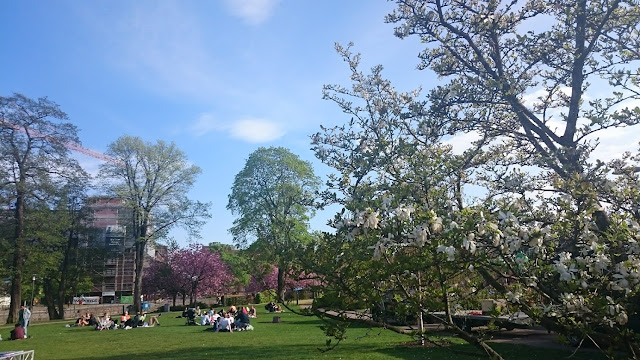 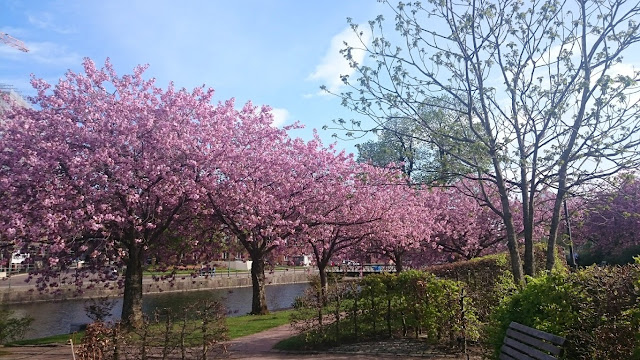 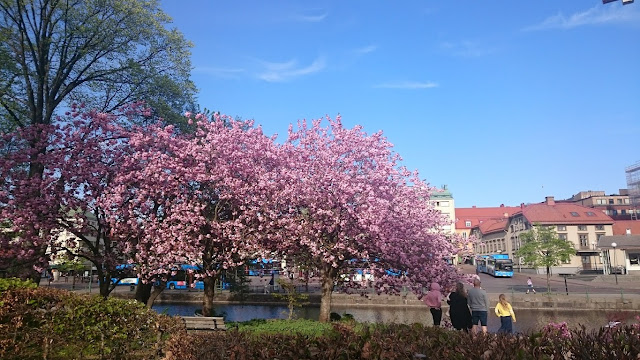 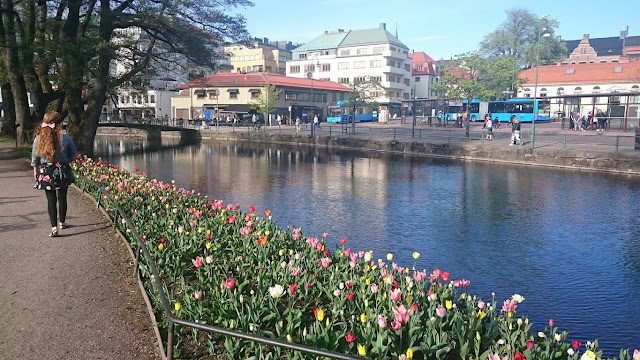 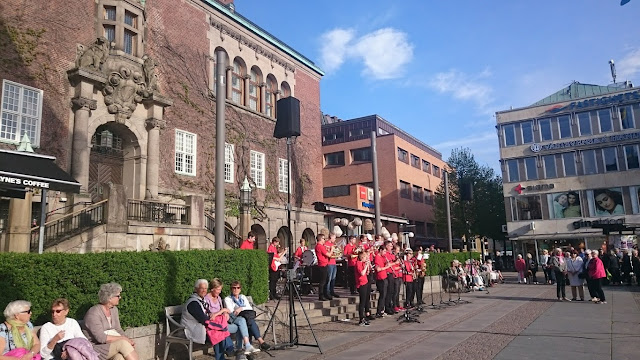 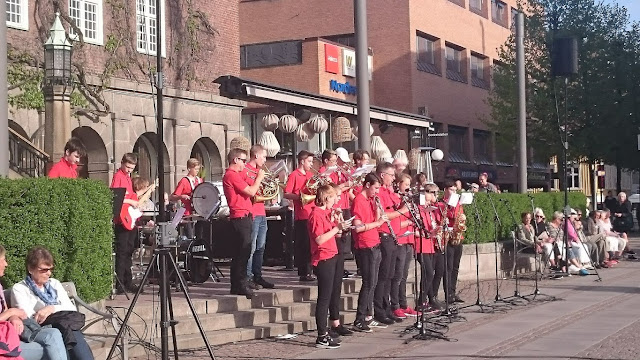 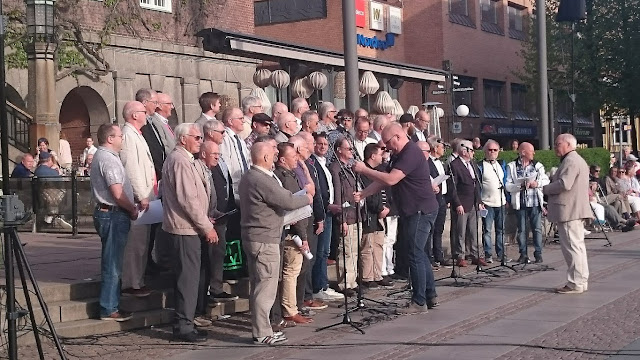 I also recorded one of the songs sung by the choir. I was hoping to be able to upload the video here too but that did not go as planned... (Maybe I have to do it via YouTube. I'll give it a try another day.)